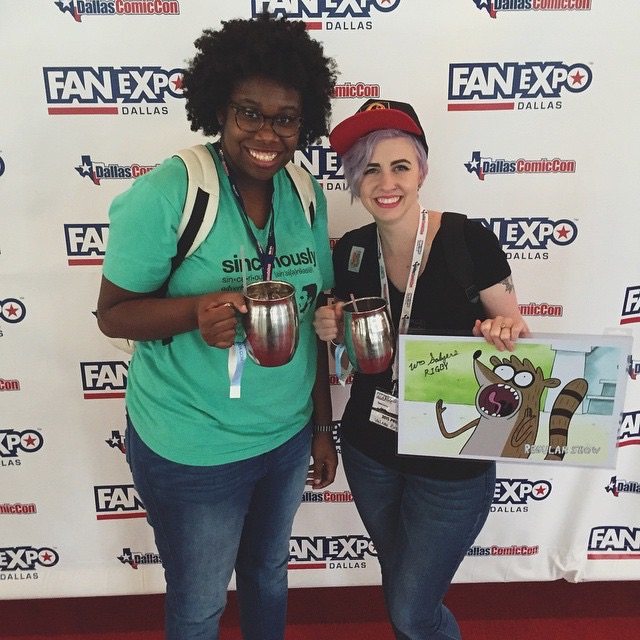 Dallas Comic Con took place on May 29-31, 2015 this year, while I was out of town visiting Branson. After an amazing time at Fan Days a few months ago, you can imagine how disappointed I was to be missing the main event! Luckily, my blogger besties Valery and Sevi graciously volunteered to guest blog for me so that I (along with my readers) could live vicariously through them. I feel like I was there in spirit after reading their list of things they learned– but will definitely be marking off my calendar well in advance so I can join them next year! 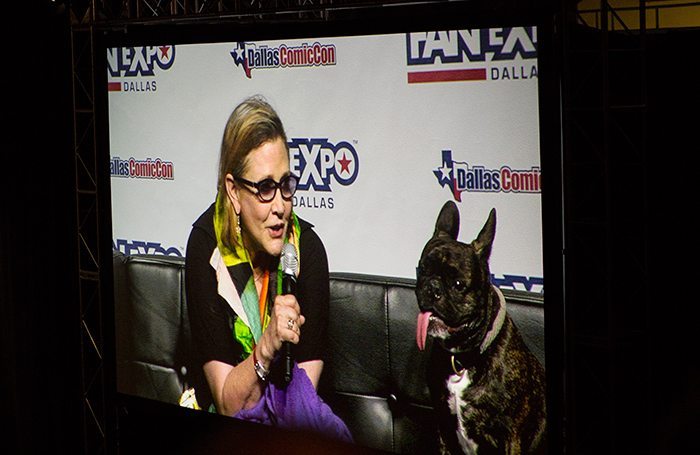 1. Carrie Fisher is as brilliant, charming and hilarious as ever. I can tell you without a doubt that the Carrie Fisher panel was a favorite moment for both of us. It was Friday night so it felt a little more intimate than it would have on Saturday or Sunday but she was larger than life. For the full recap of her panel (complete with live tweets!), check out this post. 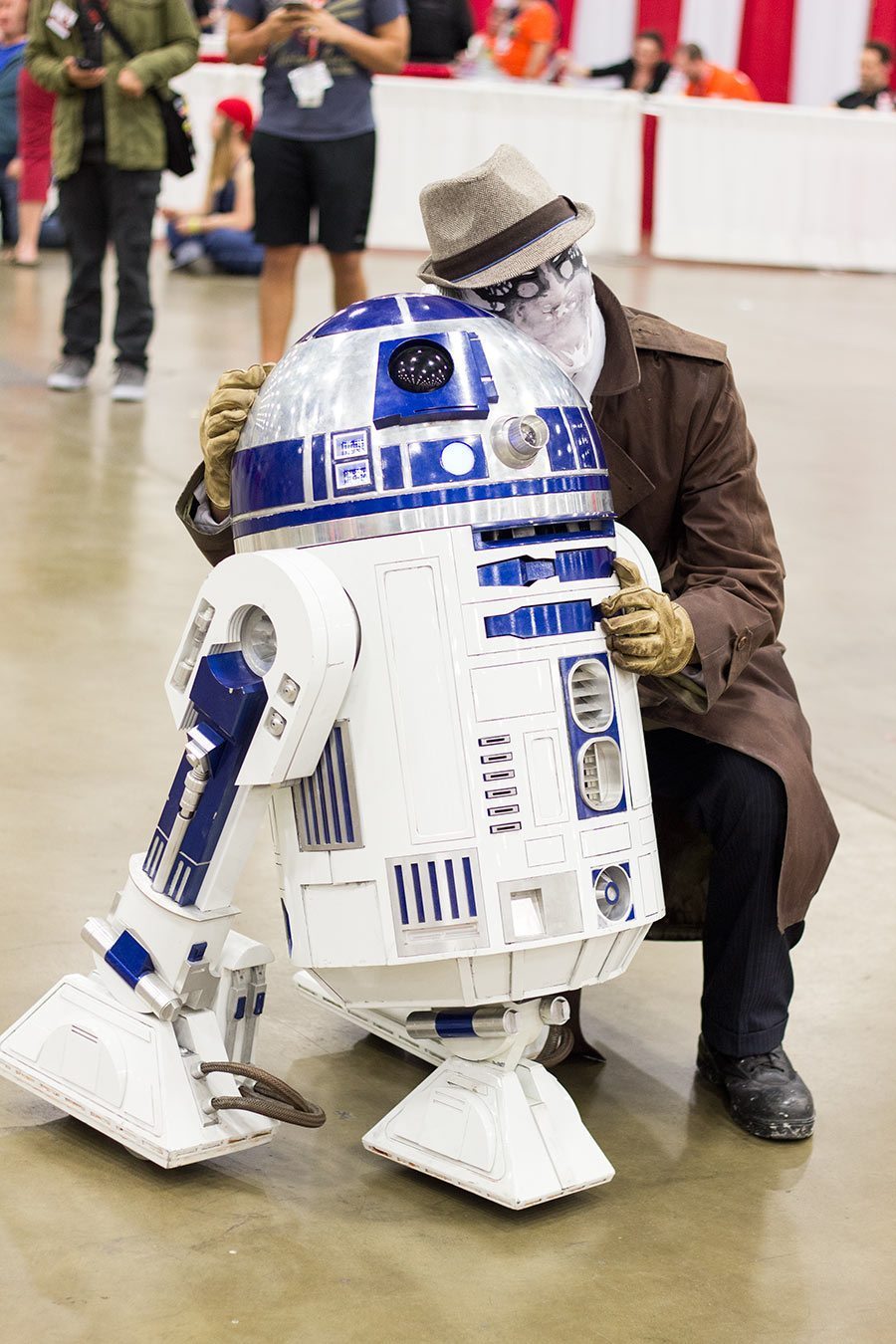 2. Cosplay is an art form. This was something we already knew from attending Fan Days in February, but seeing the creativity of the cosplayers is awe-inspiring. 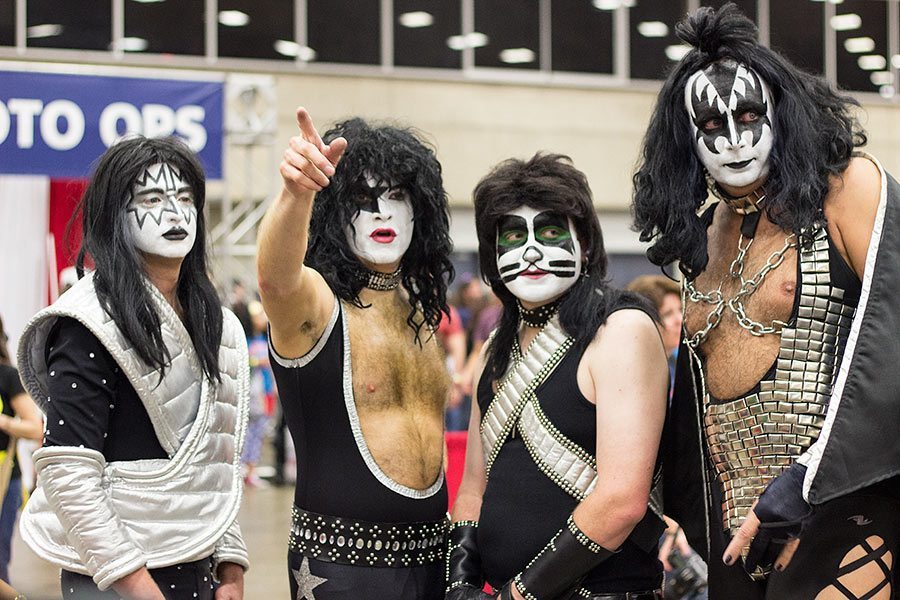 Many (if not most) of the costumes are homemade and the innovation and time they put into them is incredible. 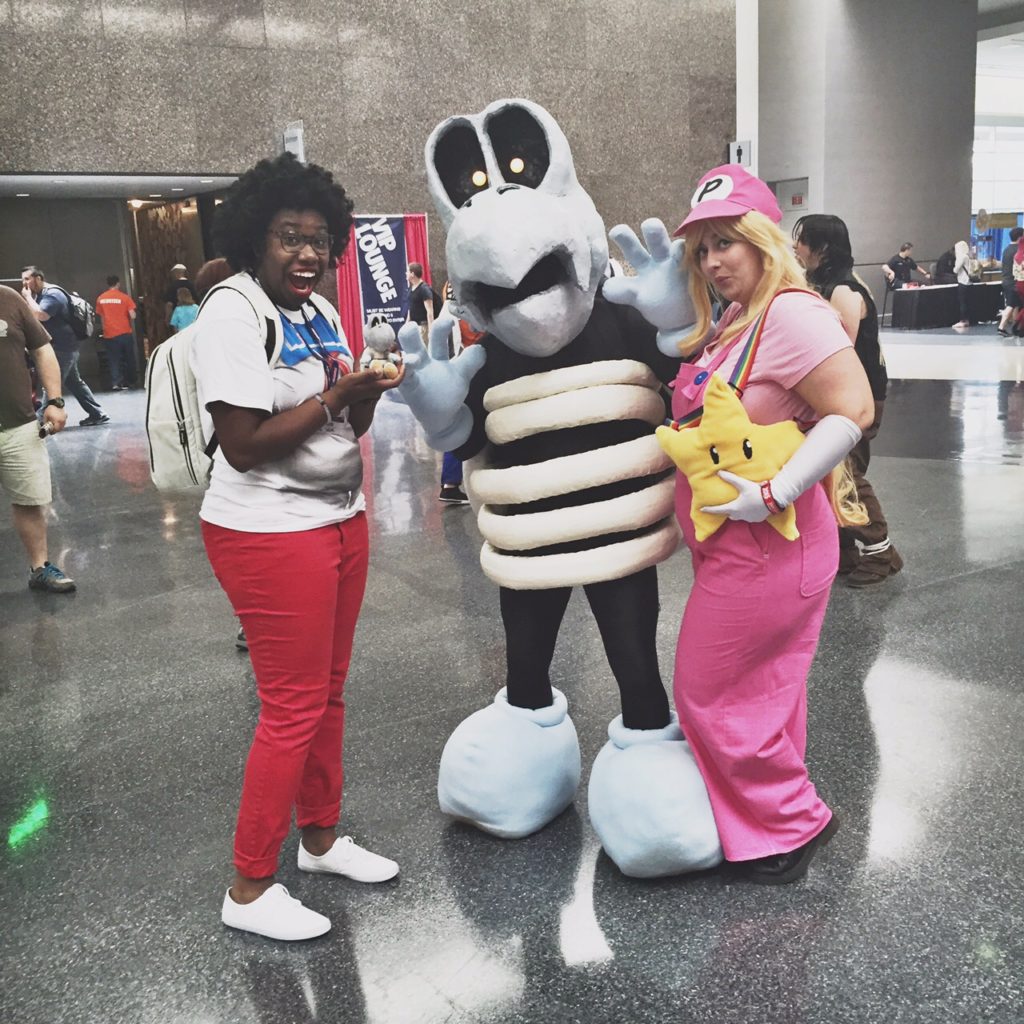 We chatted a bit with these awesome cosplayers and the Dry Bones costume was 100% homemade. 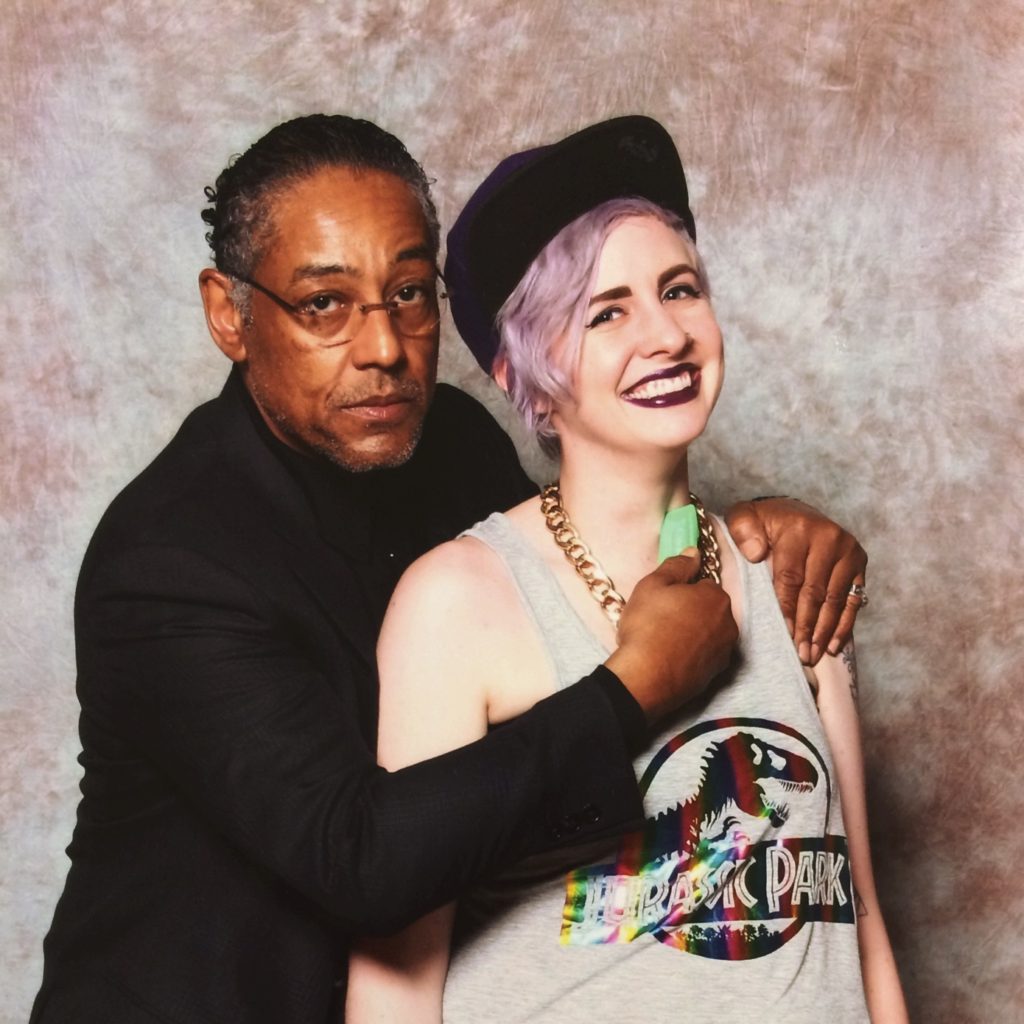 3. Lots of the celebrities will do something cool in a photo op, you just have to ask. When I (Valery) bought my photo op with Giancarlo Esposito, aka Gustavo Fring from Breaking Bad, I knew I didn’t want a typical photo. My plan was to ask for a prom pose, just because he’s so crazy I thought a cutesy photo would be hilarious. I got in the room and the person in front of me in line apparently knew what to ask for – the box cutter. I saw them take the photo and almost lost my mind! I asked for the same. Giancarlo grabbed my wrist and then said “You’re too pretty for me to cut your throat.” of course I said “please do it” and amazingness ensued. 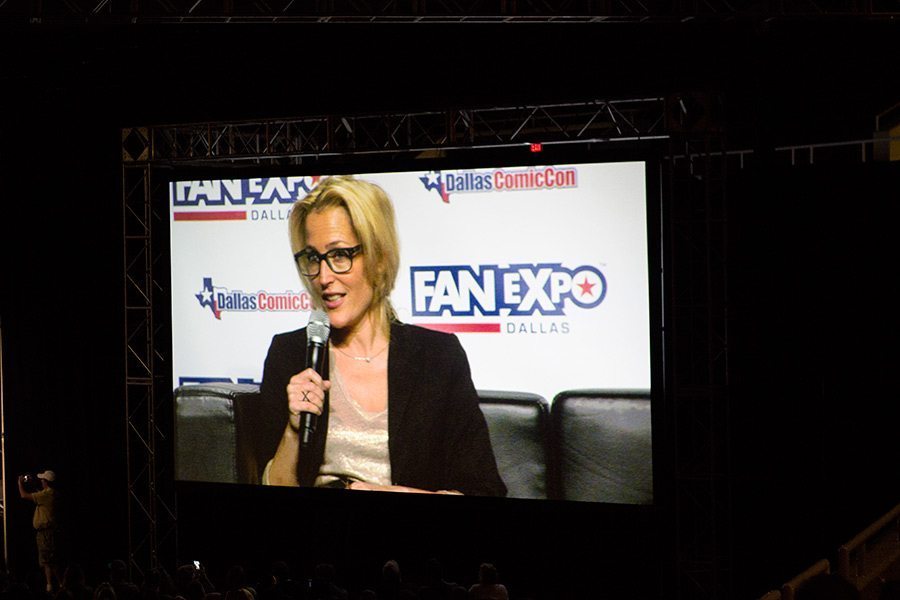 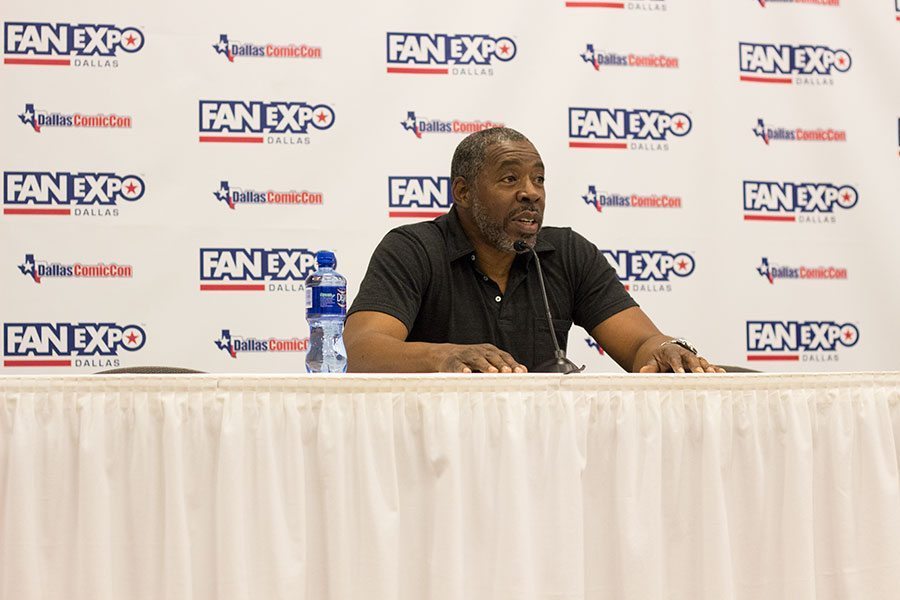 We checked out Ernie Hudson and it was very intimate to listen to his take on Hollywood. It was also moving to share an emotional moment of how far he has come from when he first realized that his calling was in acting. 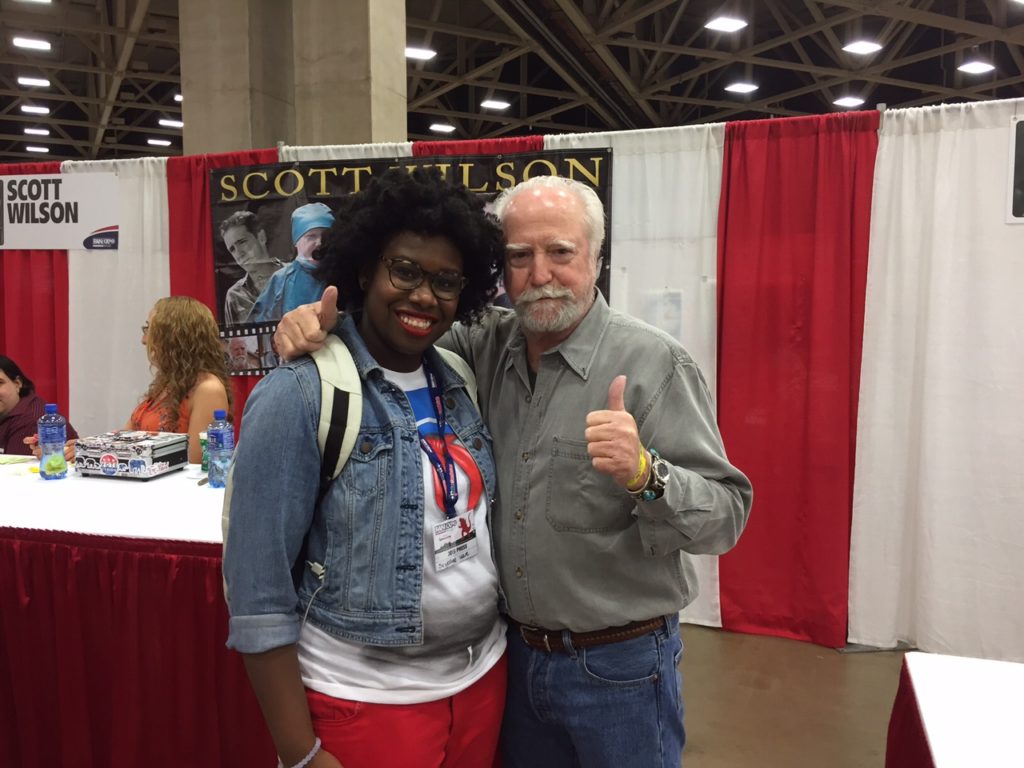 5. Sometimes you can snag better deals at the artists’s table than by purchasing a photo op. Each celebrity had their own designated autograph area on the exhibit hall floor. While Valery was in line for her official photo op, I (Sevi) started walking the floor where the autograph areas were set up. As I am walking along, I stumble upon Scott Wilson (Herschel from TWD) and the volunteer holding up a sign with his prices. I snagged a photo op for $20 and some bonus time to chat with him on his role on TWD. Capitalize on these chances if you are trying to save a little money and don’t mind a cell phone picture.

6. You will be exhausted and you might be sick the entire week afterward. We both ended up about 12 hours behind each other fighting a summer cold, but it was totally worth it.

7. People will ALWAYS waste time at the panels worshipping the talent instead of just getting into their question. Every. Single. Time. These people don’t really need you to pat them on the back, they know their work is great….that’s why we’re in the panel. Sorry, this is clearly a pet peeve of mine – it just makes it to where not everyone gets to ask a question because someone wasted time!

8. Tara Strong is REALLY good at cutting her answers short during Q&As. These panels have a lot of die hard fans that are looking forward to the opportunity to interact with their panelist. Tara Strong was extremely effective in keeping her answers concise and reeling those ramblers in which afforded a lot of people who didn’t think they would get to ask their question (or profess their love) a chance. It was so effective that people continued to get up and jump into line to ask her question after question (along with try and score their big break – looking at you Joker). Pretty sure I witnessed one girl ask two questions in that session and we listened to an entire rendition of For a Moment from The Little Mermaid 2! 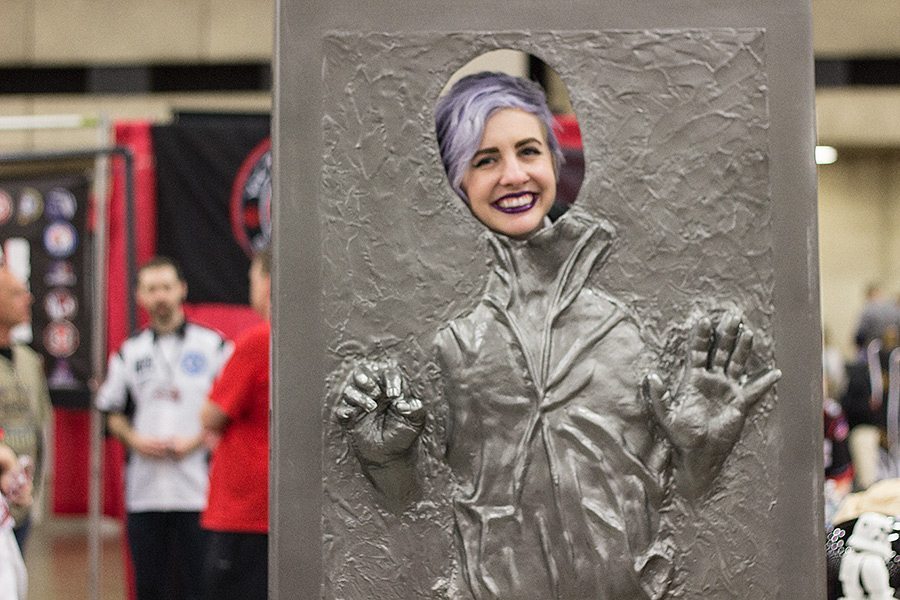 9. Don’t skip out on Friday. Don’t get us wrong, Saturday and Sunday were great, but getting there on Friday and scoping everything out before the craziness starts is totally worth it. 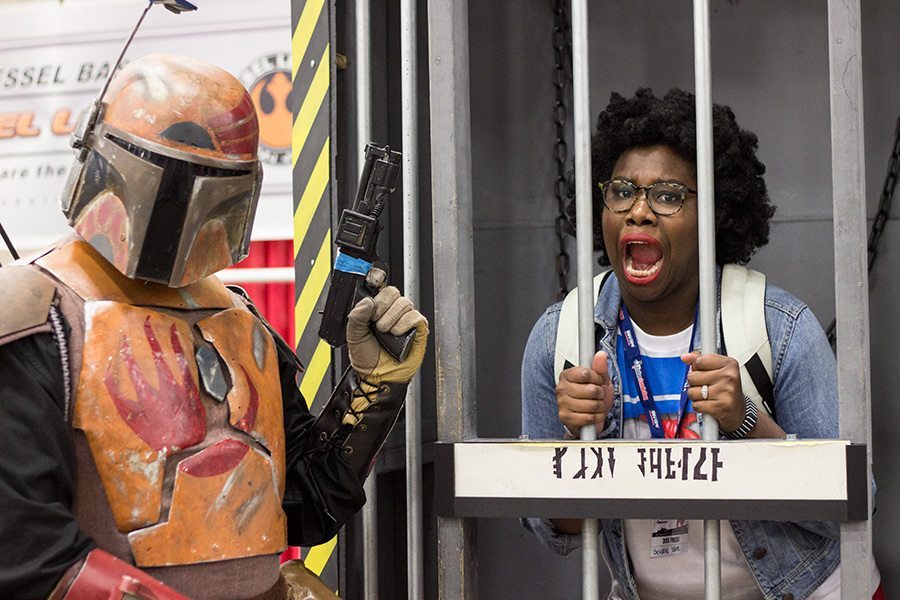 There were still a lot of people but we were able to really check out all the artists on Friday, instead of having to weave through the massive crowds of people. We also got our popcorn fix without having to wait in a 20+ person line on Saturday.

10. Whatever you do, make sure you take your Wild Bill’s mug…or not because we both upgraded to the insulated mug ($25) and purchased the unlimited refills for each day of the weekend. With flavors like Rocky Mountain Root Beer, Outlaw Orange, and Blazing Cherry – you won’t regret having access to the delicious sodas!

Thank you again to my amazing blogger besties for braving the crowds at Dallas Comic Con to bring you this fab guest post. Be sure to stop by their blogs and say hi: Valery Brennan and Ware is the Vodka. 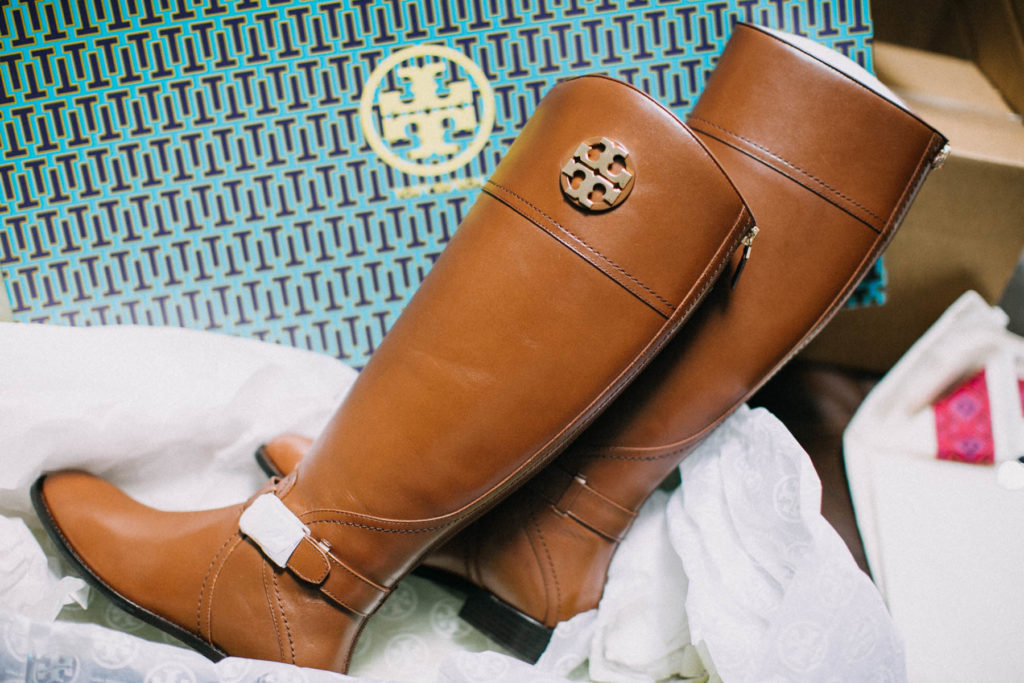 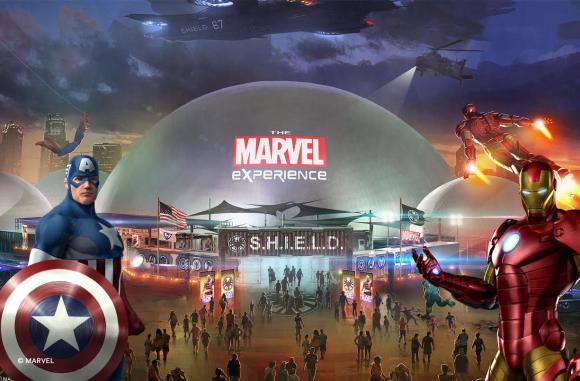 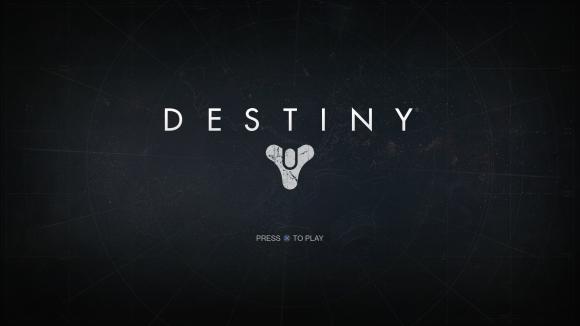 Destiny: Worth the Hype?