[EDIT] After doing some research, I found the author of the original article. His name is Barry Loudermilk. I’m not sure how I feel…almost even more disappointed because I was hoping that the article had been written by some ignorant angsty prepubescent teenager. To learn that grown man would find these generalizations to be founded is incredibly disheartening. But, I guess when I think about all the experiences with racism I’ve had in the 20 years of my life, I can’t really be all that surprised. [/EDIT]

“I am not against immigration, nor do I hold a grudge against anyone who is seeking a better life by coming to America. Our population is almost entirely made up of descendants of immigrants. However, there are a few things that those who have recently come to our country, and apparently some born here, need to understand. This idea of America being a multicultural community has served only to dilute our sovereignty and our national identity. As Americans…… we have our own culture, our own society, our own language and our own lifestyle. This culture has been developed over centuries of struggles, trials, and victories by millions of men and women who have sought freedom. We speak ENGLISH, not Spanish, Portuguese, Arabic, Chinese, Japanese, Russian, or any other language. Therefore, if you wish to become part of our society, learn the language! “In God We Trust” is our national motto. This is not some Christian, right wing, political slogan.. We adopted this motto because Christian men and women…….on Christian principles…………. founded this nation and this is clearly documented. It is certainly appropriate to display it on the walls of our schools. If God offends you, then I suggest you consider another part of the world as your new home……..because God is part of our culture. If Stars and Stripes offend you, or you don’t like Uncle Sam, then you should seriously consider a move to another part of this planet. We are happy with our culture and have no desire to change, and we really don’t care how you did things where you came from. This is OUR COUNTRY, our land, and our lifestyle. Our First Amendment gives every citizen the right to express his opinion and we will allow you every opportunity to do so! But once you are done complaining…… whining….. and griping about our flag, our pledge, our national motto, or our way of life I highly encourage you to take advantage of one other Great American Freedom……
THE RIGHT TO LEAVE.”

If in writing this response I seem angry…it’s because I am. I am angry and frustrated and I will not apologize for feeling offended by the statements and sentiments presented above. I first came across this, “article” (?) during my senior year of high school. A close (at the time) friend of mine had posted it on an online journal site. Understand that this was way before my awakening into Asian American culture and social issues. I knew that it made me upset, although I may not have been able to pinpoint exactly what the catalyst of the anger at that time. My first response to the article way back in high school was poorly developed and lacking coherence. I hope that as I’ve matured in the recent years and with my previous studies in multiculturalism I will be able to more efficiently articulate my opinions. First things first, let’s clear something up. I am an immigrant. Although it may not have been a conscious decision as I was three months old at the time, I am an immigrant. I was born outside of this country and then I came here. I am a citizen of the United States of America. I have been a citizen since I was two years old. With that out of the way, let me be so bold as to say that I am just as American as anyone else in this country that would choose to identify themselves as such.

The term “American” is problematic in itself. People often feel that if they are Anglo-Saxon, they have some sort of claim to this country that others do not; that they epitomize American-ness by virtue of being White. I refuse to buy into the “we were here first” school of thought because it is incorrect and irrelevant. Let us not forget that White Europeans were NOT the first people in the United States, and that “America” spans far beyond the United States, into two continents even. To say that “this culture has been developed over centuries of struggles, trials, and victories by millions of men and women who have sought freedom” in a way that would imply that immigrants are excluded from this category is to trivialize the experiences of countless people who have contributed to the U.S.

While Anglo-Saxons may have been one of the earliest ethnic groups to come to America, the fact that they have remained the majority even until modern times is not solely because they were the most deserving or the ones who struggled more. The Chinese, for example, brought to the United States to work on the transcontinental railroad for miniscule percentages of the wages their white counterparts were paid were huge contributors to the economy and prosperity of America. And how do “Americans” thank them? By exploiting them in the workforce, persecuting them out of fear (and by persecuting I mean killing, lynching, torturing), and then driving them out of the country. If this atrocious treatment was not enough, “America” decided it was necessary to implement immigration laws to prevent any Chinese or Asian immigrants from coming to the United States. People who say that “our ancestors were here first” or “we’re the ones who worked and earned our place in this country” conveniently choose to ignore the ways in which their ancestors made sure that they were the only ones here. I don’t think it’s even necessary for me to elaborate on the measures that were taken against the real  Native Americans.

The saddest part of the article to me was the statement that “this idea of America being a multicultural community has served only to dilute our sovereignty and our national identity.” It brings me back to last year sitting in the room as the “Ultimate Warrior” told us to our faces that we (diverse people of multicultural backgrounds) were what were ruining America. Why is it that our national identity is equated with being homogenous? Assimilation is not about preserving “national identity” but about taking away people’s right to their ethnic identities which can be separated from nationality or their country of origin. I am an American citizen but I happen to be Asian–so being American means that I do not deserve to have my ethnicity respected and/or fairly represented?

I find great difficulty in feeling sorry for the person who wrote this article when they complain about not wanting to have to change, when that is exactly what they are expecting of anyone who happens to be different than them. “We really don’t care how you did things where you came from.” Who is the “we” that the author talks about? No, really–am I to believe that all American citizens believe that once anyone steps foot in this country, their history is irrelevant? Surely this cannot be so, or else we would not see St. Patrick’s Day celebrations or even Christmas. *GASP* Yes, it’s true–Christmas was NOT an invention of America. We ALL have histories that have roots outside of the United States (whether you choose to look that far back and acknowledge it is irrelevant), and yet only the marginalized or minority populations are expected to give those histories up to suit the preferences of the majority.

I was reunited with this article last week when my friend from Texas posted it as a bulletin on myspace. When I replied in a message explaining how I found it hurtful to me as a multicultural individual, I was incredibly disappointed with her response. Basically, she made it clear that she felt I was overreacting, and I had no right to be upset by the words; that I was a “wimp” for overanalyzing and getting mad over nothing, and I go around looking for something to complain about or that these feelings of bigotry were a figment of my imagination. It was her response, and the whole context of the article that immediately brought the concept of “white privilege” to mind. White privilege is a sociological term that contrary to popular thought was NOT coined by minorities. The theory was developed by socially-conscious white individuals who took the time to analyze the everyday unspoken and unwarranted privileges that they are granted in this country simply by virtue of their race. If you are a white person reading this thinking that I am out of my mind for even suggesting that such an idea exists, I want to post this list written by Peggy McIntosh, a white woman and the author of White Privilege: Unpacking the Invisible Knapsack. She decided to observe daily effects of white privilege as it applied to her life. I ask you, do any of these sound familiar to you? Or if you are a minority like myself, do you agree that the opposite of these statements is true for you?

So next time, before you tell me, a marginalized person in the United States, that I am fabricating obstacles or barriers perpetuated by White Americans and have no right to complain about an article that looks down upon people who don’t share the same views about the validity of the national motto or language–be grateful that your beliefs are represented in the national motto or language in the first place. Thank “God” that you can complain about the lack of “patriotism” after the September 11th attacks and not be afraid as a Muslim American born and raised in the United States that because of your religion or physical appearance you will be detained by the government or persecuted and ostracized by your peers. Remember that you will never be humiliated or ridiculed  for having an accent when trying to learn English as is expected of immigrants. Enjoy not having restrictions placed on who you are allowed to love and make a life with while having that relationship recognized by the law. Appreciate the fact that no one will ever accuse you of not being American because you are not white. (You think I am exaggerating? Carroll vs. Marcus basketball game: senior year of high school, I was told “At least I’m American” by an ignorant bigot who I confronted for making homophobic and derogatory remarks about my friend). Just this morning, my boyfriend was trying to find the word for “putting yourself in someone else’s shoes”. Empathy, people–empathy. Before you tell someone that their lifestyles, religions, sexual orientations, or cultural identities are wrong because they differ from the “norm,” imagine how it would feel to have others constantly invalidate every aspect of what makes you you. And then maybe you can come talk to me about political correctness. 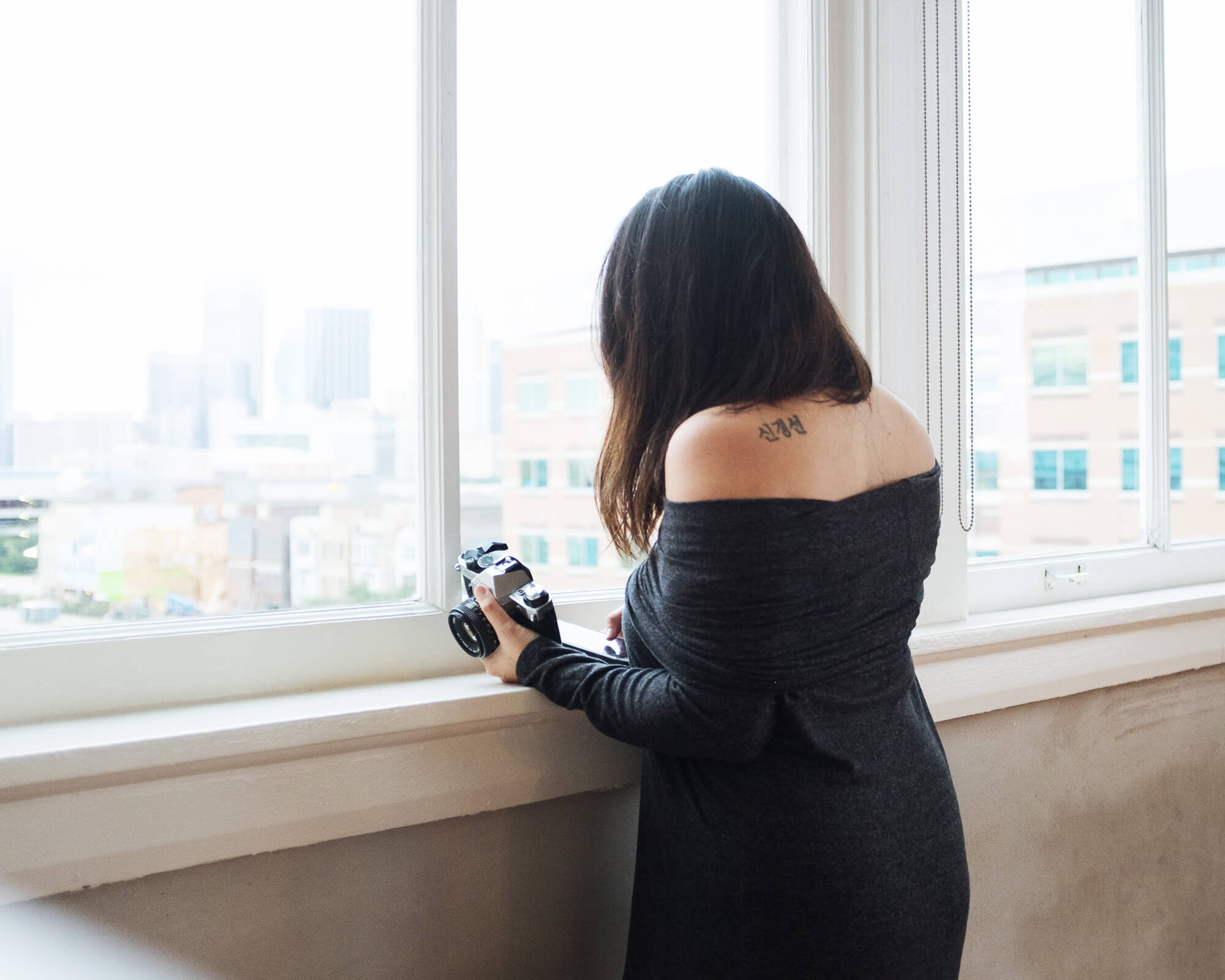 “History Has Its Eyes On You”

The world’s a stage 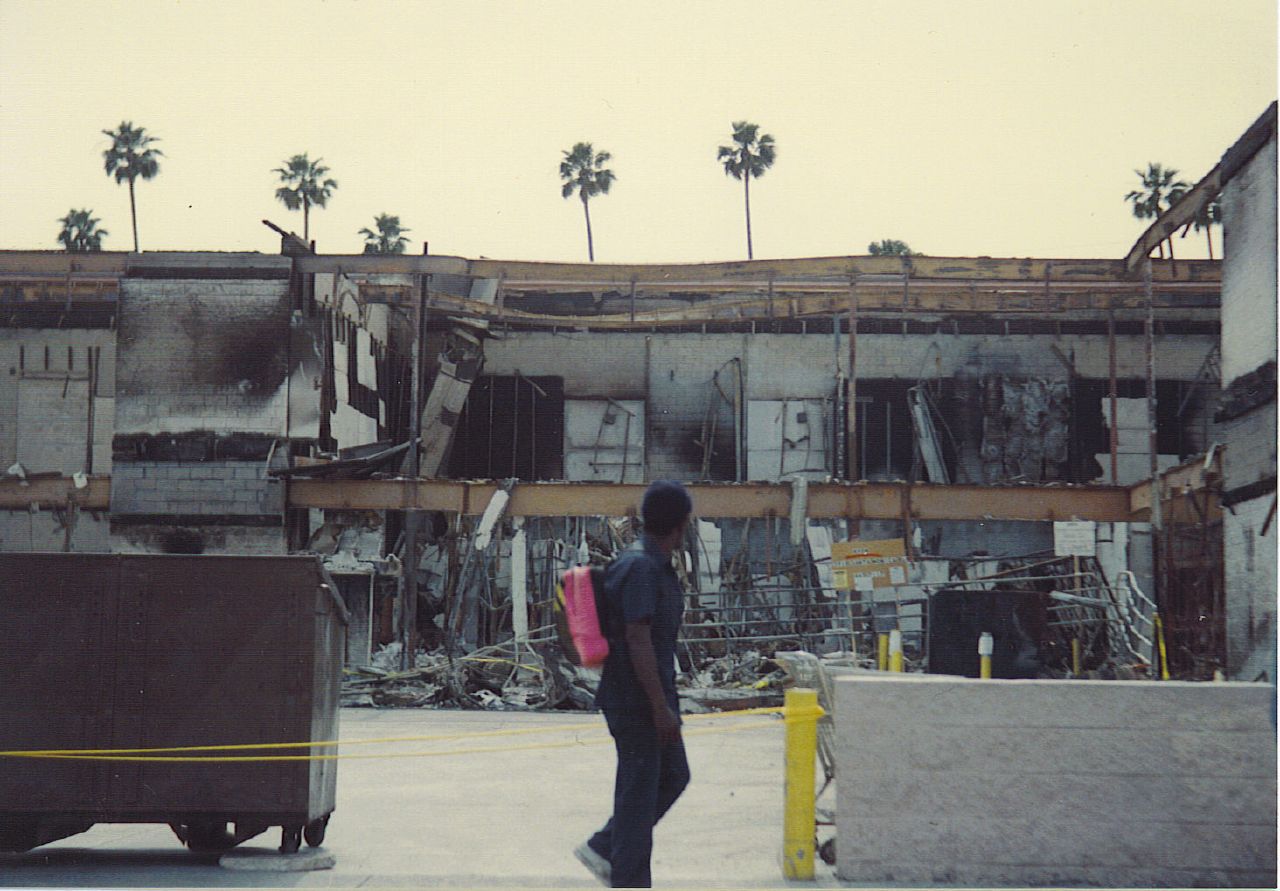