It’s been awhile since I faithfully updated a blog. Although I’m pretty sure anyone who has this url already knows a lot about what’s going on in my life, it felt like I should write about it just in case, or to get some sort of perspective.

It is now the summer before my senior year of college. How time has gone by so quickly is beyond me. So much has changed since that first day I stepped into my dorm, and even more has changed in the past two weeks of my life.

Three years ago, I was a nerdy theater/choir geek thinking that life in the big city was her true calling. Then I came to DePaul and realized quickly how small and insignificant one person’s life really is outside of Southlake, Texas. I chose DePaul for its diversity, because as an adopted Korean who grew up in the South, I was tired of being “The Asian”Â wherever I went. Funny how you really don’t know what you want til it’s gone.

At the involvement fair where all the freshmen go pick out what organizations they want to join at DePaul, I met Dave, an adopted Korean (from the same adoption agency, in fact) who was the Vice-President of the Korean Student Organization and PR for the Asian Cultural Exchange. I went to one KSO meeting and was overwhelmed by the number of people who looked like me, and decided not to go back.

Dave and I kept in touch online, though, and eventually we started dating and I was brought back into the world of KSO. KSO was great and I soon became historian of the organization, but it didn’t fill the void that I had expected it to. For one thing, it was primarily a social group, and I missed feeling passionate about something I was involved in, and I needed something more than just a group of people to hang out with. And that’s where ACE came along. I literally found my place in ACE. I became empowered by the amazing people I met in the group, and also decided to minor in Asian American studies. Learning about the countless issues and histories that had been denied or withheld from me in all other educational institutions until this point made me realize what was at stake for the APA community if more people did not get involved.

The drive to educate others as I had been enlightened somehow led me to becoming president of ACE last year. It was through ACE that I had the priviledge to meet many influencial people in the greater APA community, and I became involved in a coalition fighting for House Resolution 121. After volunteering my website skills and traveling to Washington DC for a demonstration at the White House, I knew that my life finally had the meaning I had been yearning for ever since that first day at DePaul, but wasn’t ready to accept until that moment.

Unfortunately, in the duration of all this self-actualization, my personal life was going to shambles. I won’t go into all the gory details because writing really personal crap online has always kicked me in the butt before. Basically, when I met Dave, I was a freshman. I was insecure, and had never been around so many Asians in my life. I was used to being unique. And more than that, I was used to not being around other Asian females or having other Asians to compare myself with. This, combined with Dave’s many female friends, all of whom were so much smaller than me and cuter than I felt at the time, sent me on a downward spiral of self doubt. The summer after my freshman year, I decided to stay in Chicago to find a job and be near Dave.

Unfortunately, I didn’t realize what I was giving up. I spent that summer utterly depressed and lost. Not only did it take me the entire summer to find a job, my apartment had no air conditioning, no cable, I was living with one of Dave’s friends and hearing from other people that I was being talked about negatively behind my back by some of his buddies who had never really given me a chance to begin with about how insecure I was even though they never thought to ask me why I was feeling said insecurity. I began to feel unwelcome in my own home, and wanted to crawl in a hole and hibernate until school started again.

But I didn’t hibernate, and I found a great job (that eventually led to my current great job), and I survived. I made a vow to myself that I would never let myself sink to that level again. My process of reinvention did not happen overnight, or even in one year. Sophomore year was still a struggle because my close friends who I had met in the dorm, transferred back to their homes out of state. All three of them. Junior year I finally began to come into my own. I made some really great friends, outside of ACE too, turned 21, got a job that I love doing and was able to stay in the Career Center.

I guess during this time while I was doing all this growing up, I was blind to the fact that Dave and I weren’t working anymore as a couple. But, since it had been over 2 years, he was basically my best friend, and being the stubborn and perserverant person that I am, I wasn’t ready to give up quite yet. But, Dave was, and he did what was ultimately best for both of us. So the day I came back from a week long cruise with my family for my grandparents’ 60th wedding anniversary, he broke up with me. Surprisingly, it was a relief. For him, too, I would imagine. While it’s scary being on your own after 2.5 years, I like this feeling of being able to live for myself again and figure out what really makes me happy.

I learned a lot in the time we were together, some from him and a significant portion by myself, even though I wasn’t able to admit it. Either way, I’m remembering how strong of a person I am on my own two feet and am completely motivated to use that strength for a higher purpose, hoping that in fulfilling my calling, I will meet someone along the way who will inspire, support me and foster the growth that I had suppressed when I was with Dave out of fear that we would grow apart.

Which brings me to today. Single, scared, but excited as hell for what’s to come. 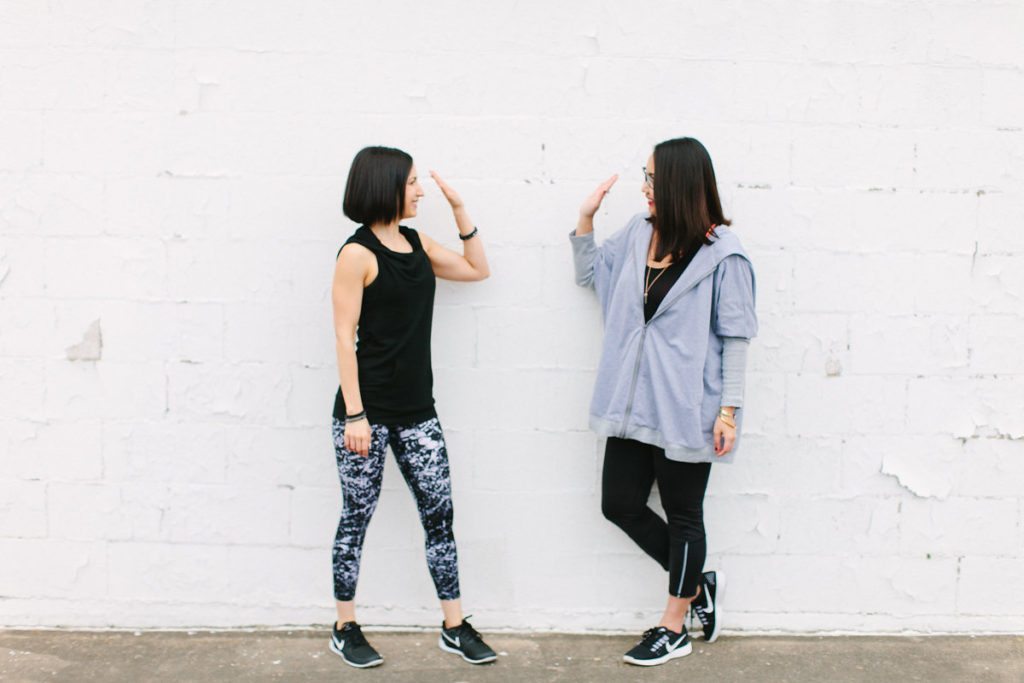