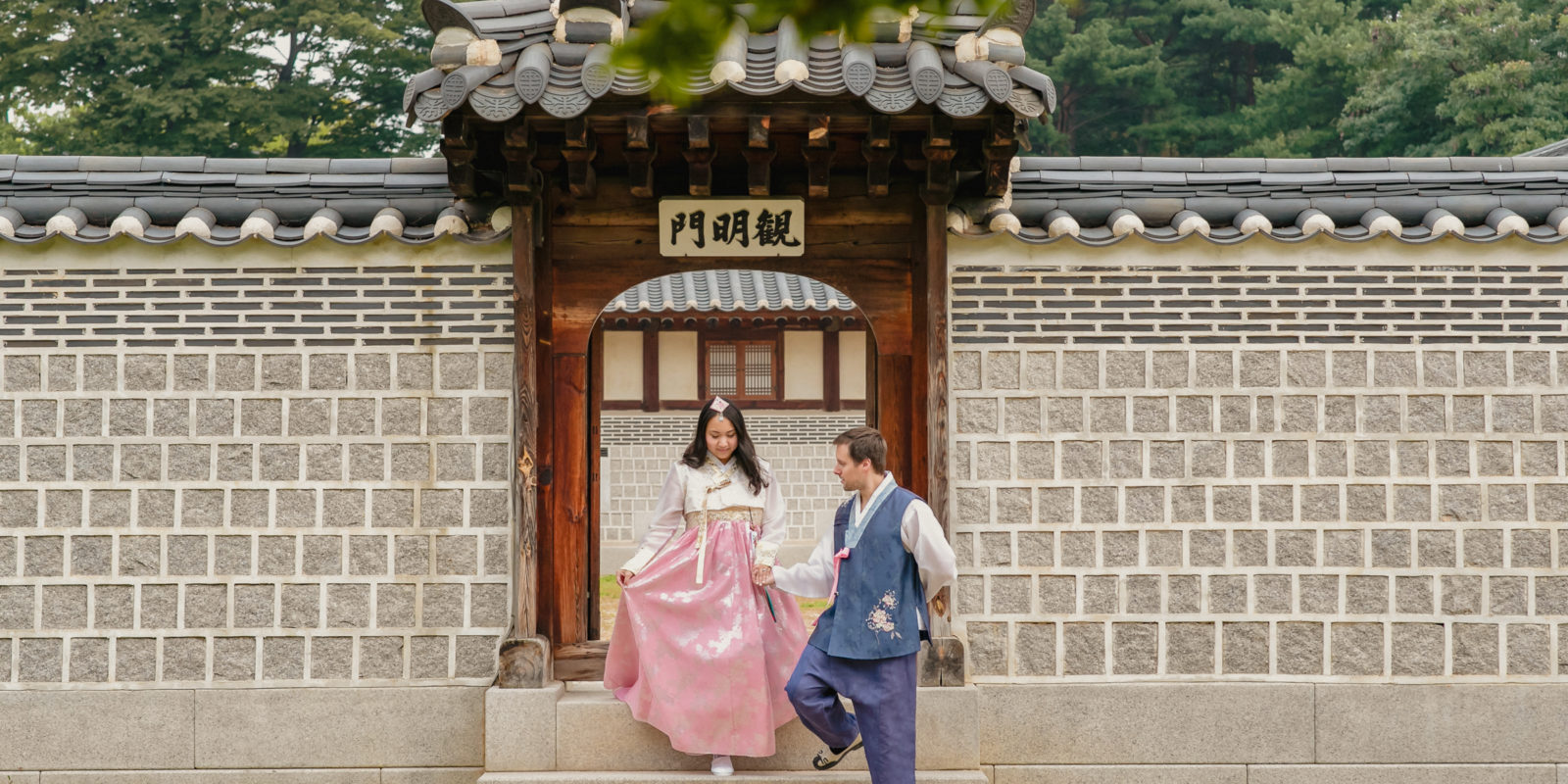 My mom gave me a book called The Korean Cinderella when I was younger. I was fascinated by the heroine, Pear Blossom, and her hanbok dresses.

When I first visited my birth family in Korea, they bought custom-designed hanboks for me and Holden as a wedding gift. I wanted to get professional photos taken in them, but never got around to it. There was also something anachronistic about the idea of wearing these beautiful traditional outfits with a modern Dallas backdrop.

After doing some research online, I found that you could rent hanboks in Seoul and wear them in the nearby palaces and folk village. A site called Klook offered professional photography packages through a company called Hanbok That Day, so I booked the one for Gyeongbokgung Palace (Type B). 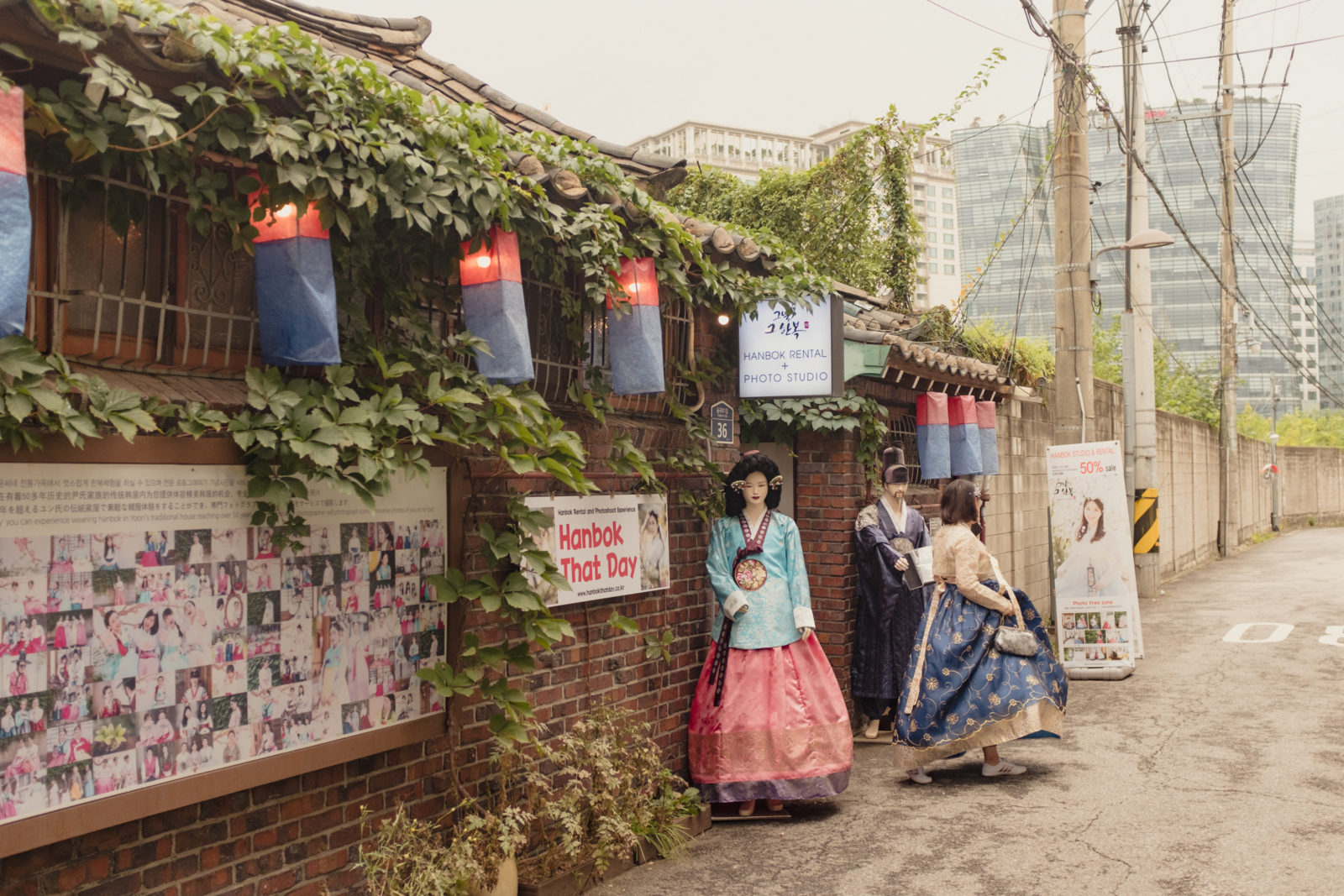 A taxi dropped us off near the palace, and we walked to the hanbok rental shop. Holden picked out his hanbok first, and then I chose mine to coordinate. Both of us slipped on a pair of traditional shoes and met the photographer. We introduced ourselves, but for the remainder of the shoot he referred to us as “man” and “lady” — in a hilariously endearing way. I had expected lower quality photos, but he was shooting with a legit Canon DSLR and 85mm f/1.2 lens. (The bokeh was incredible- it made me miss shooting full-frame)

He was a total pro and knew all the quiet, less-trafficked spots of the palace. When our time was up, he told me to expect the photos within 5 days. Sure enough, on day 5, I received an email with two large zip files. He sent us more than 400 high-resolution images! He offered to “photoshop beautifully” three pictures of our choosing, but I didn’t see a need. I had originally hoped for at least one decent photo we could print for the house and send to my birth family. We ended up liking quite a few of them.

Images aside, the whole experience was pretty incredible. It was so special to be immersed in my birth culture and share it with Holden. For that hour, I felt like I was the Korean Cinderella. 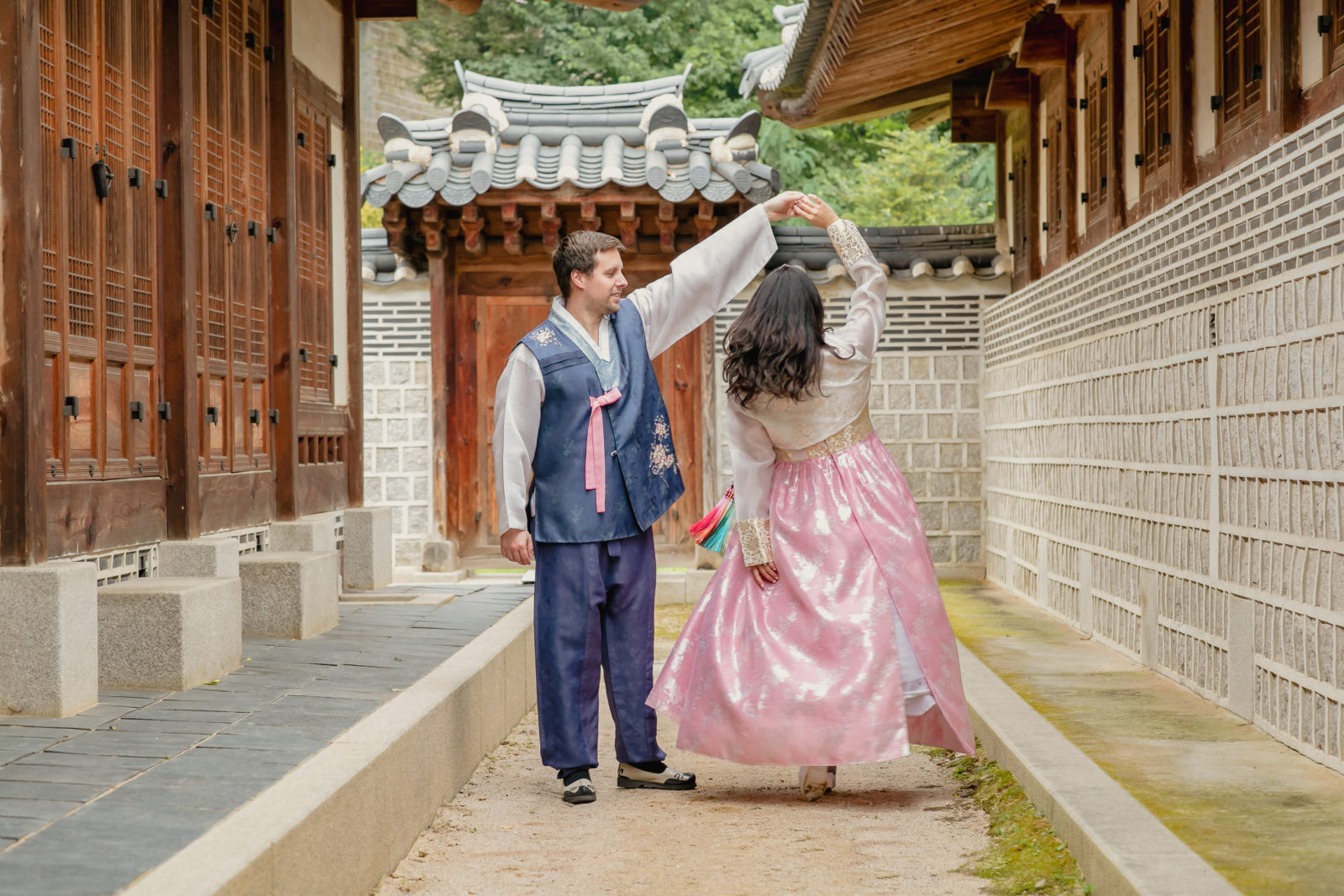 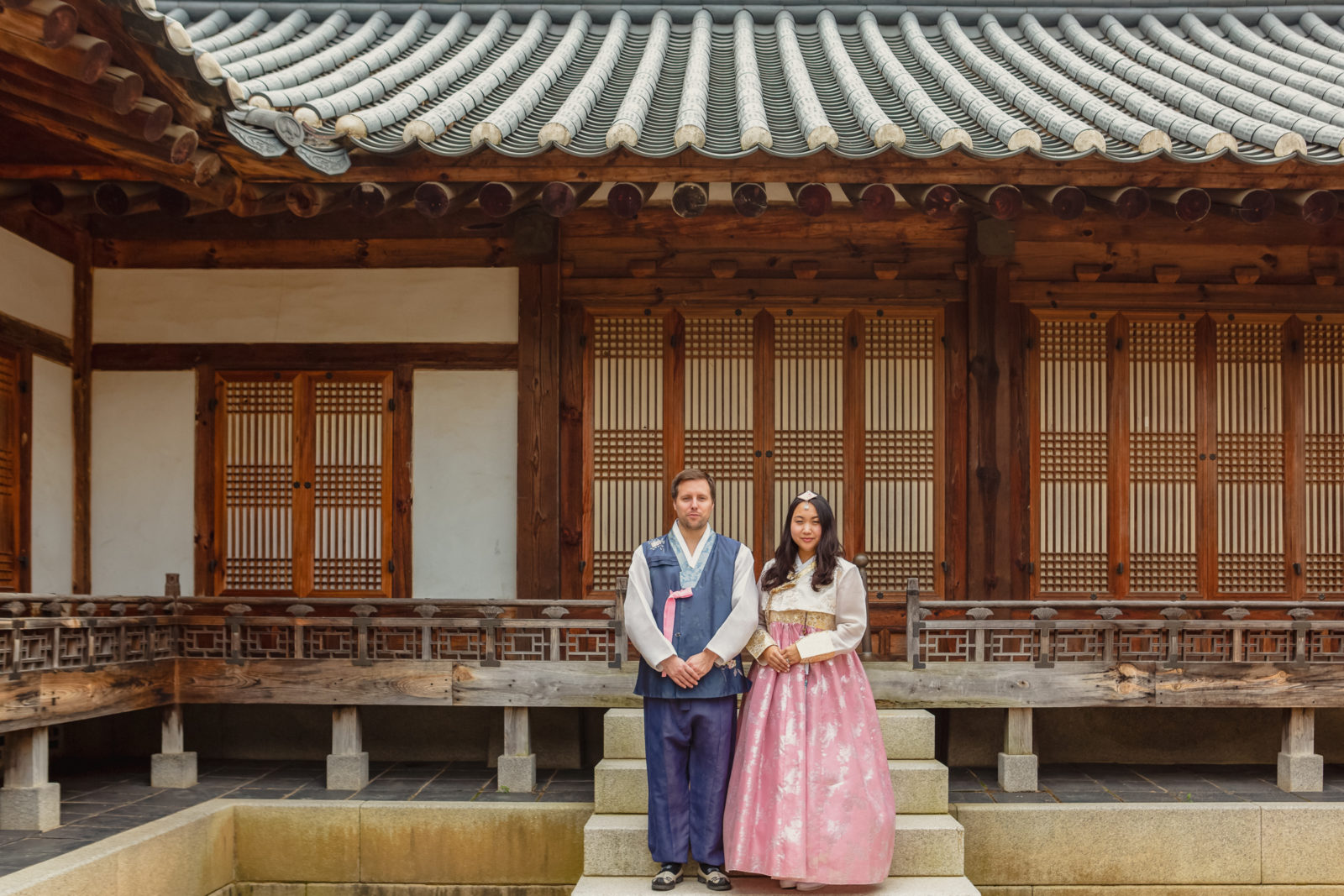 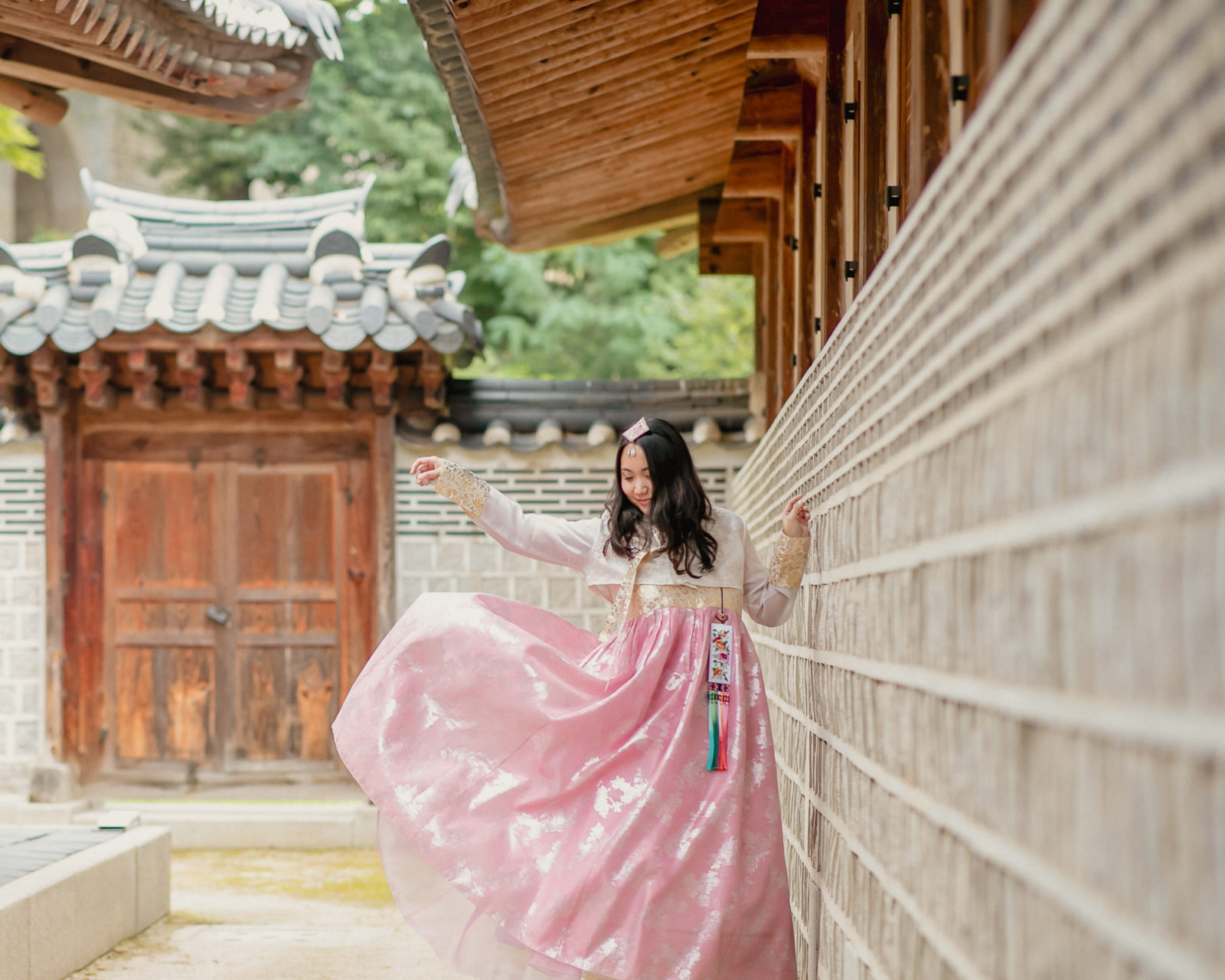 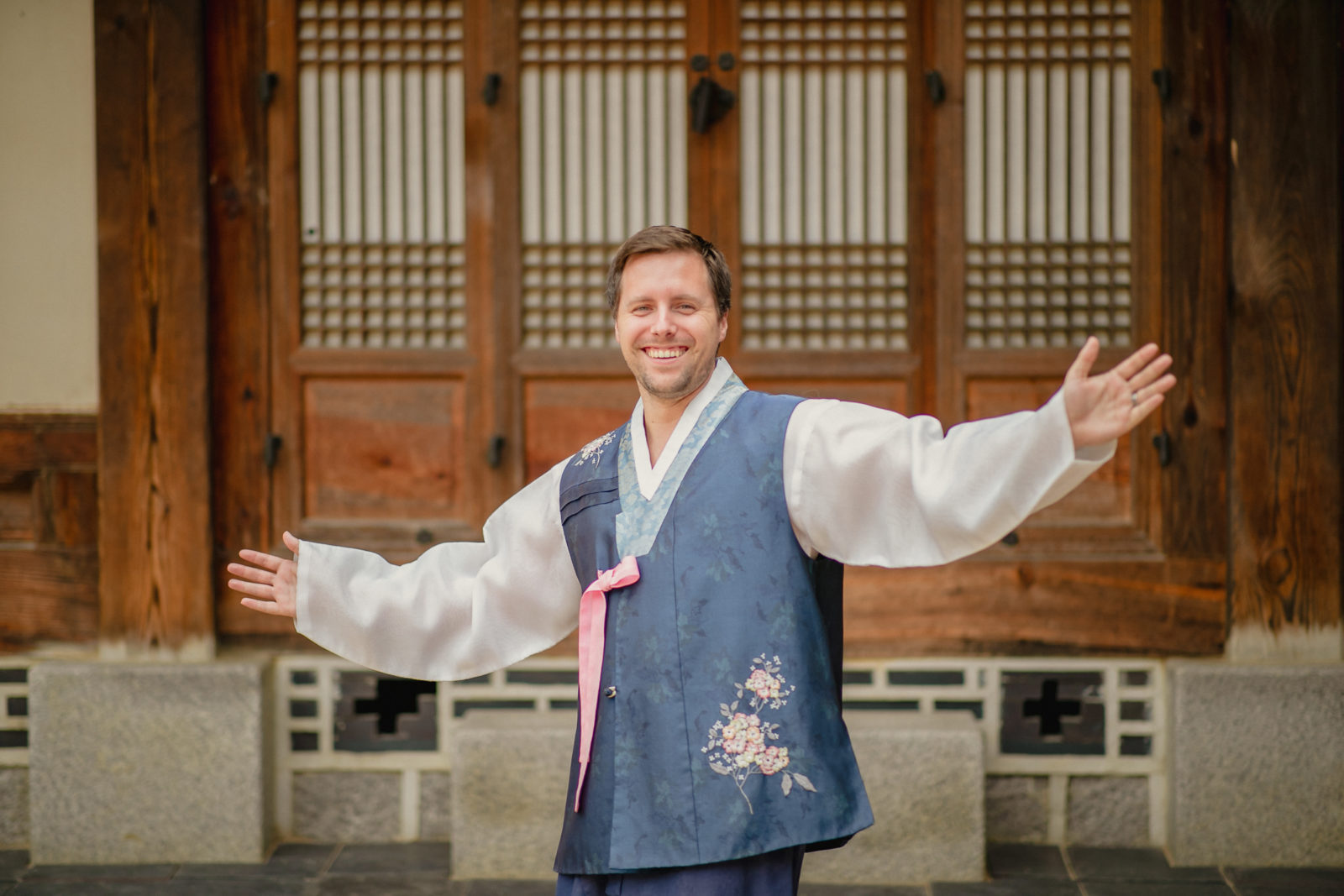 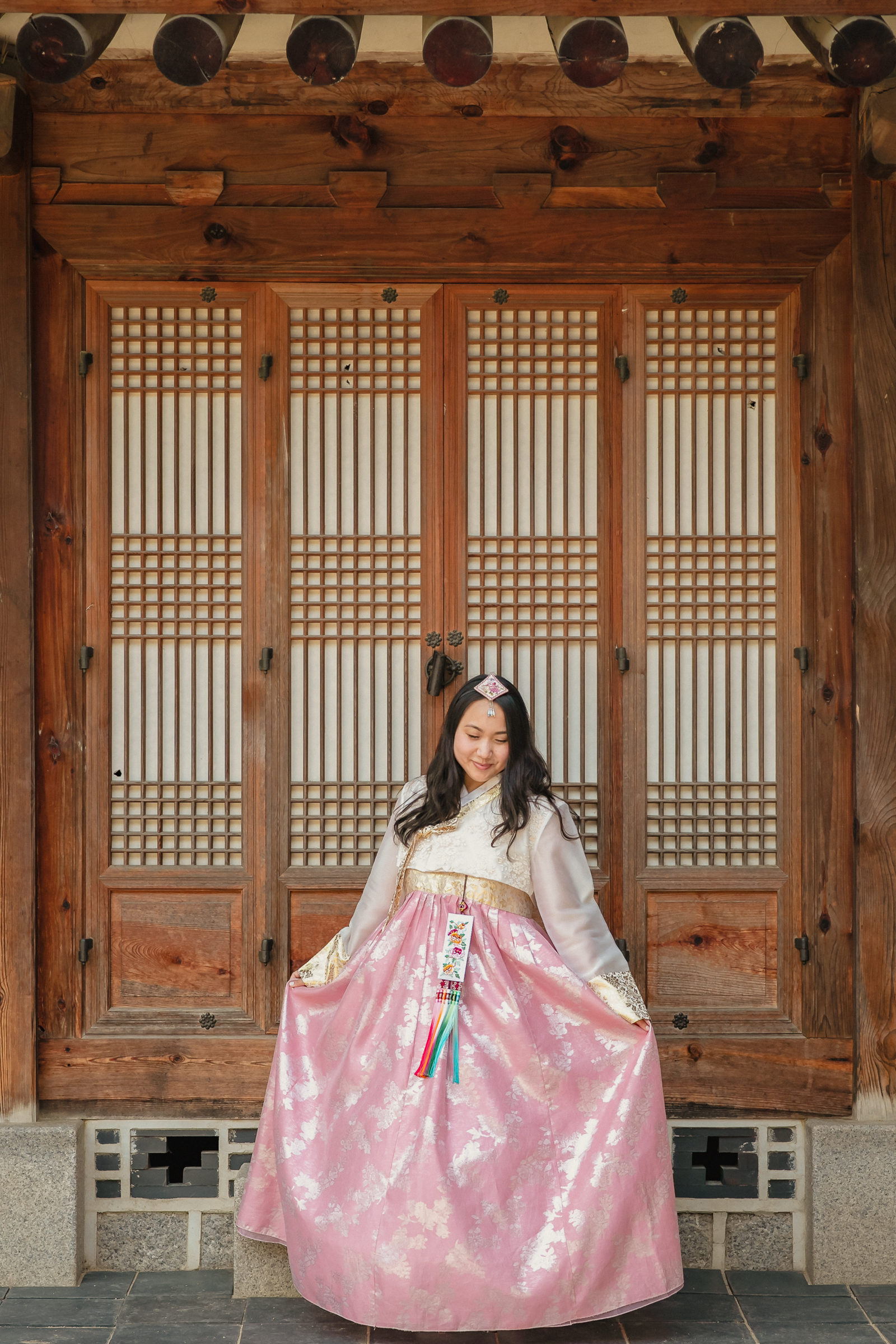 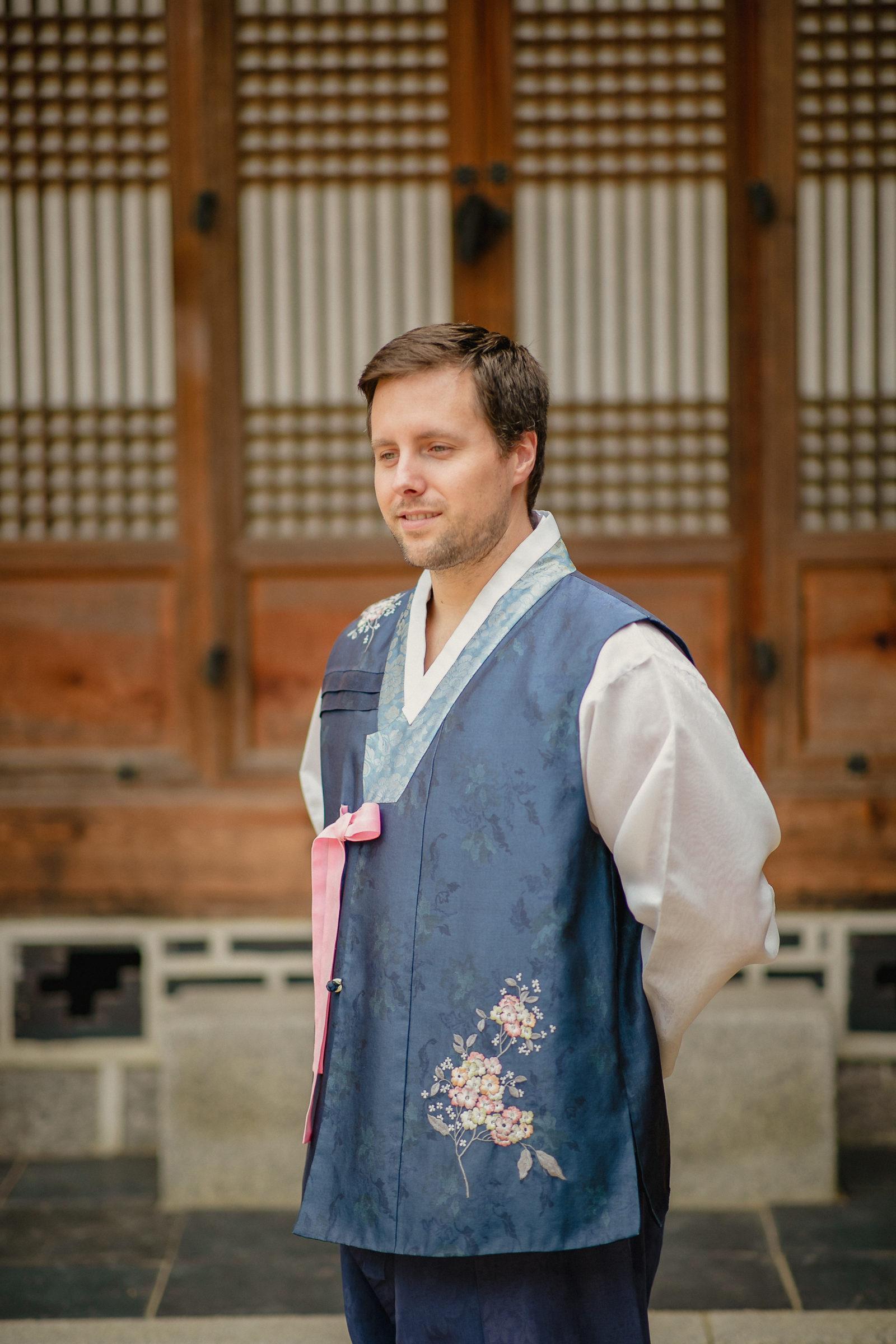 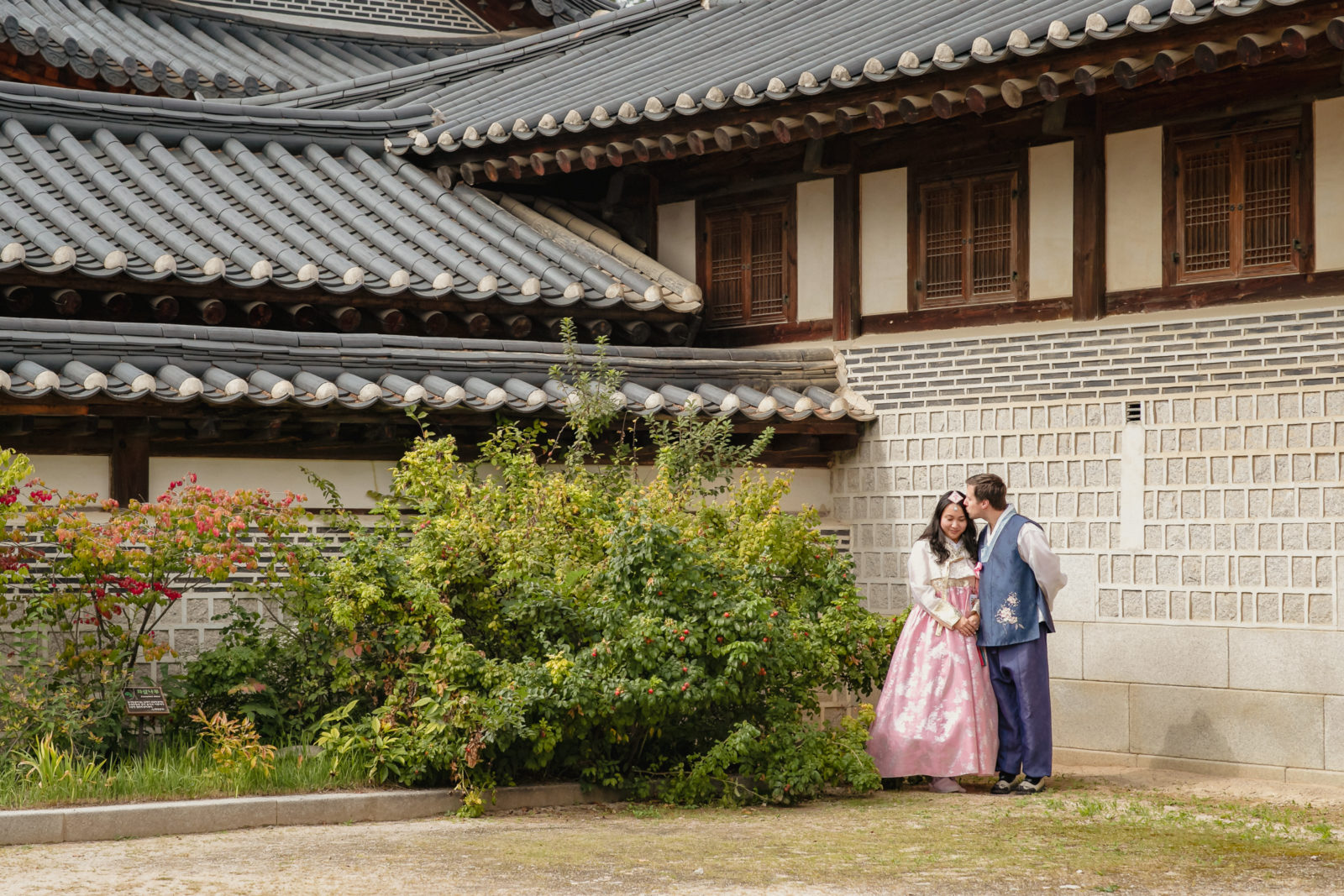 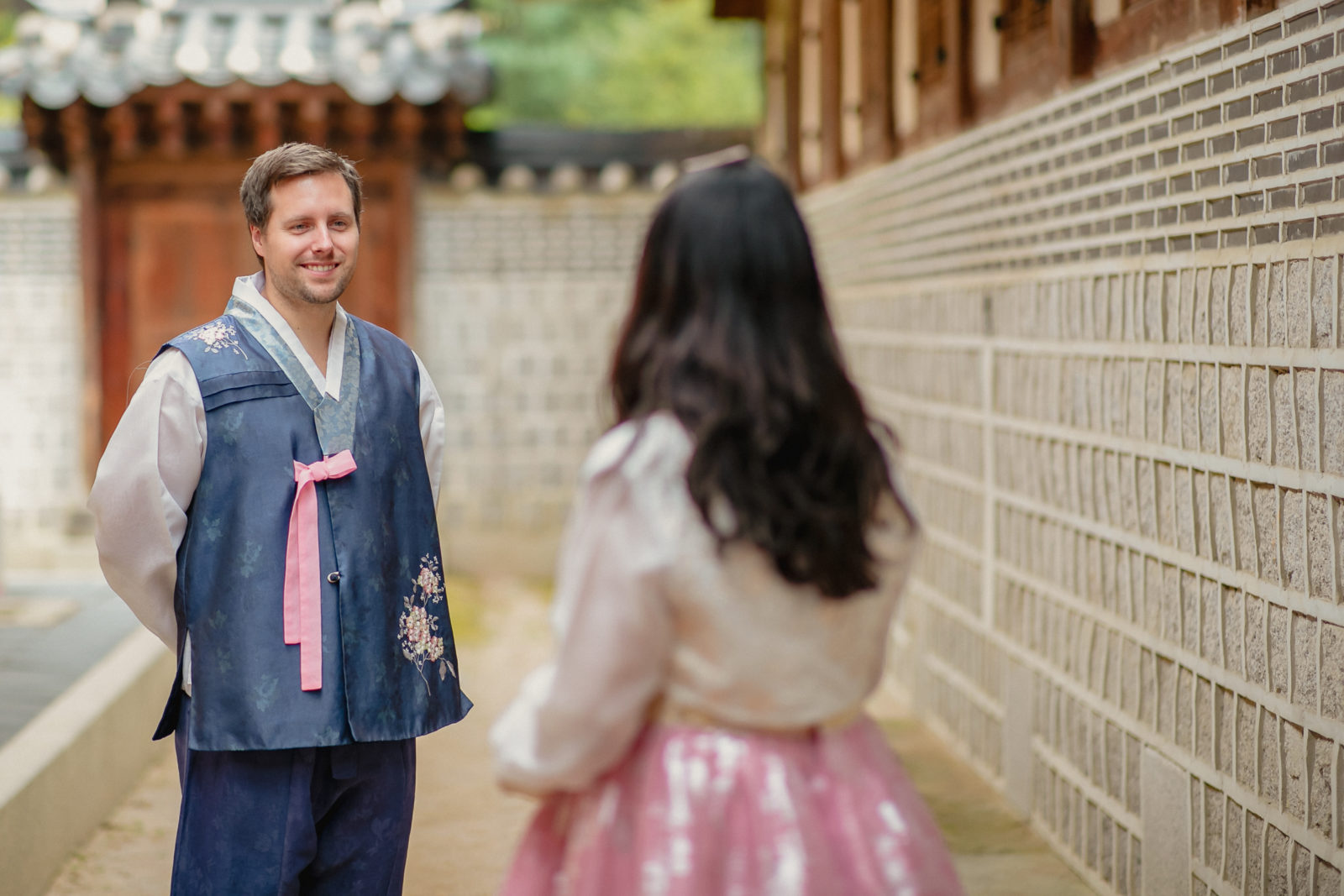 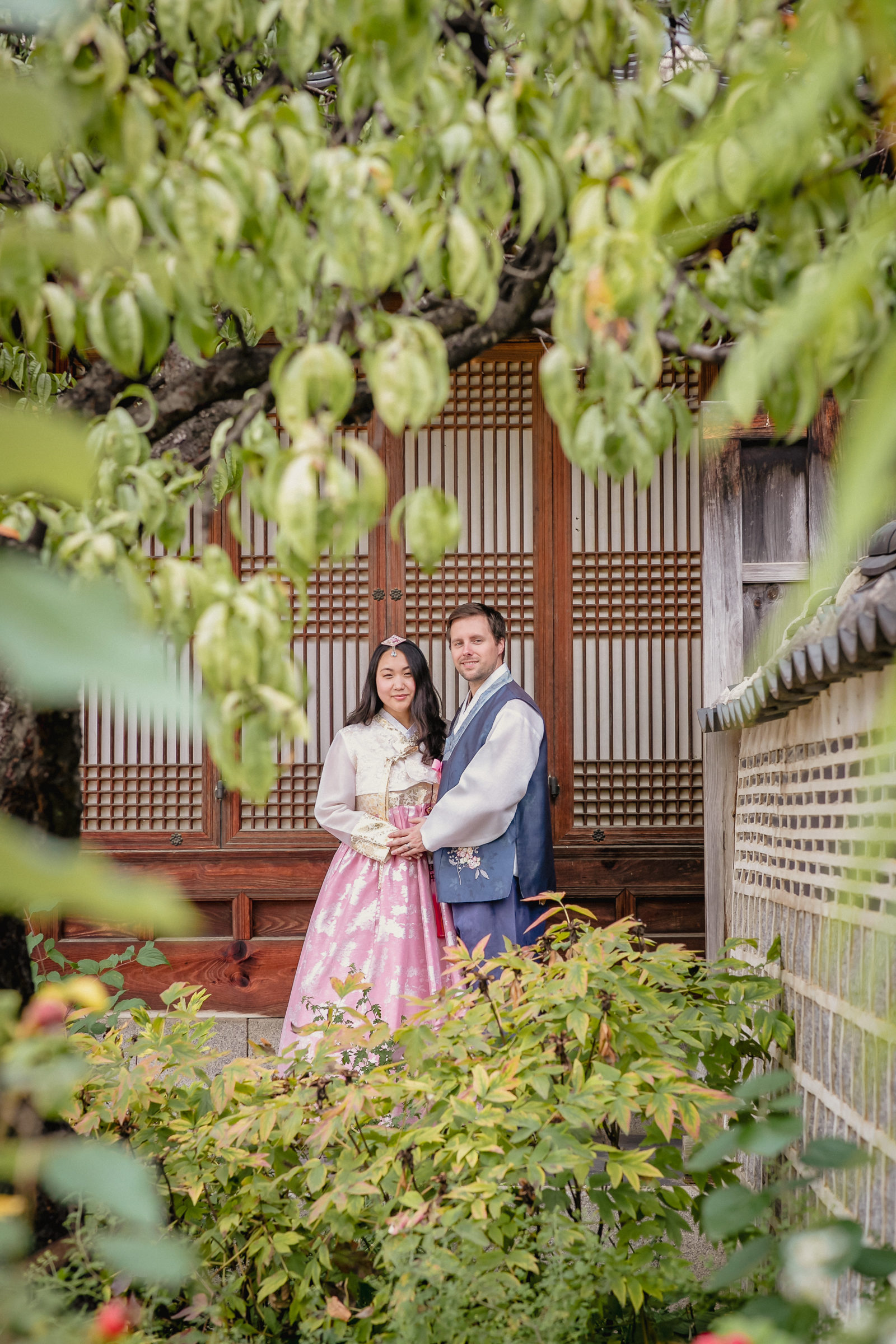 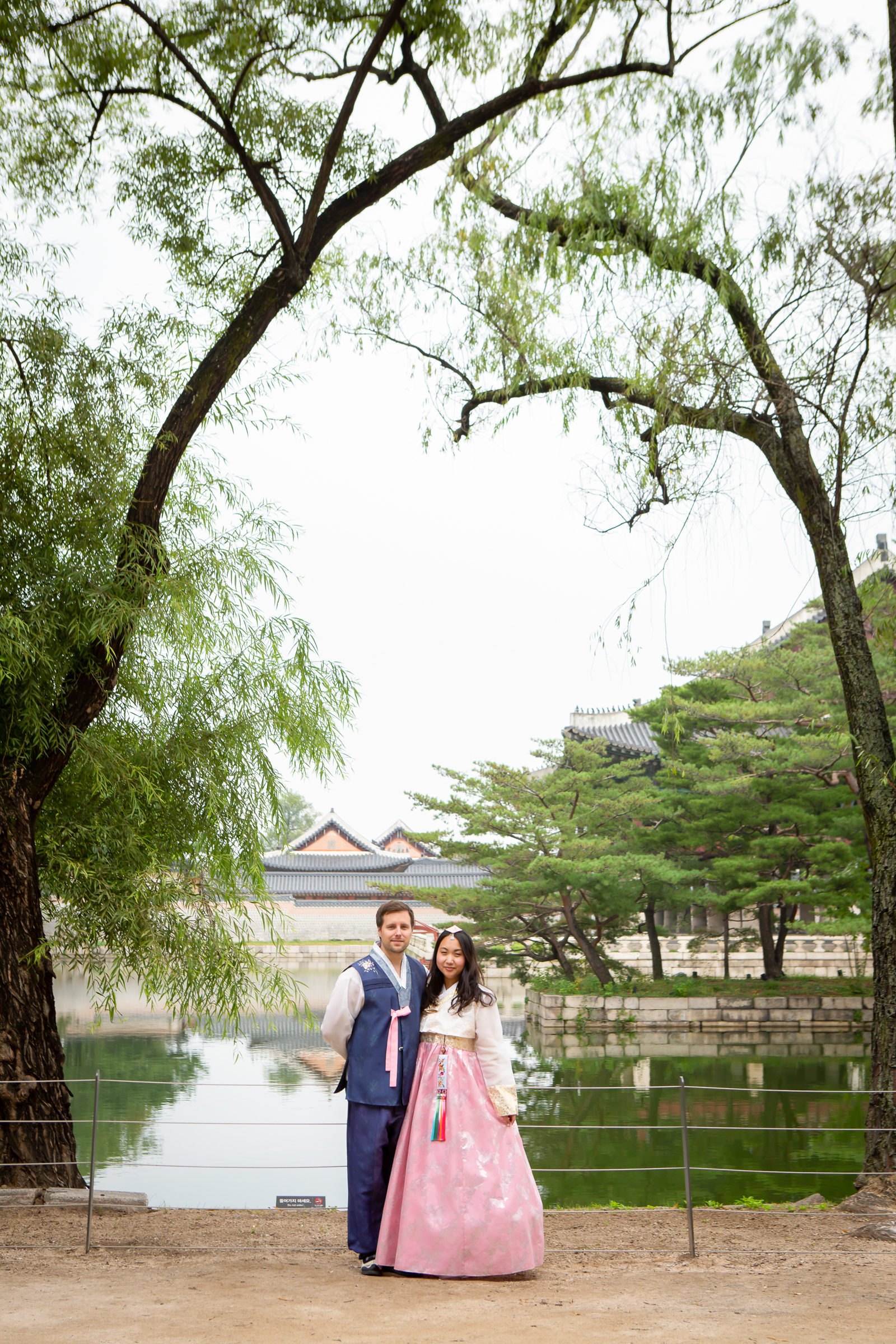 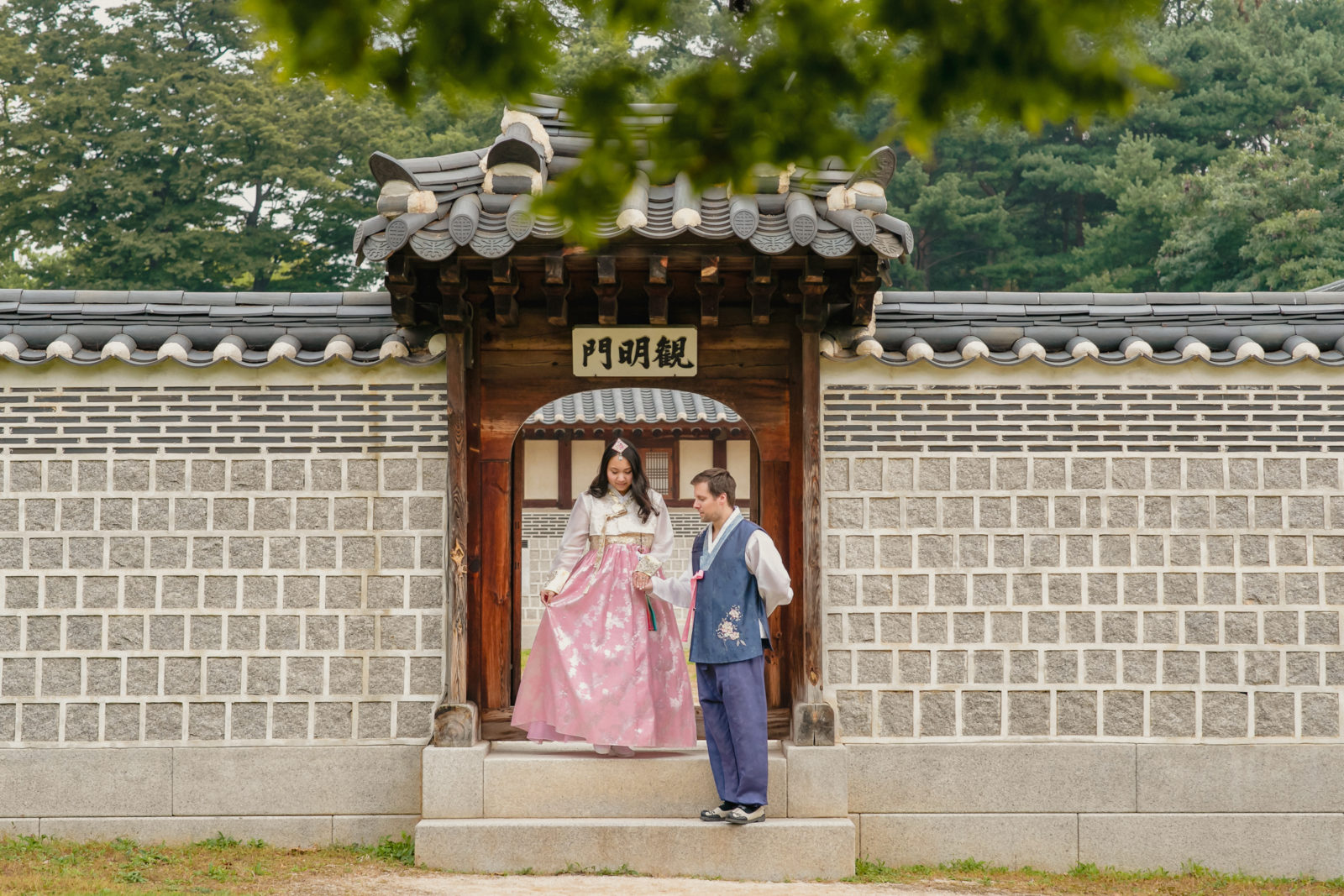 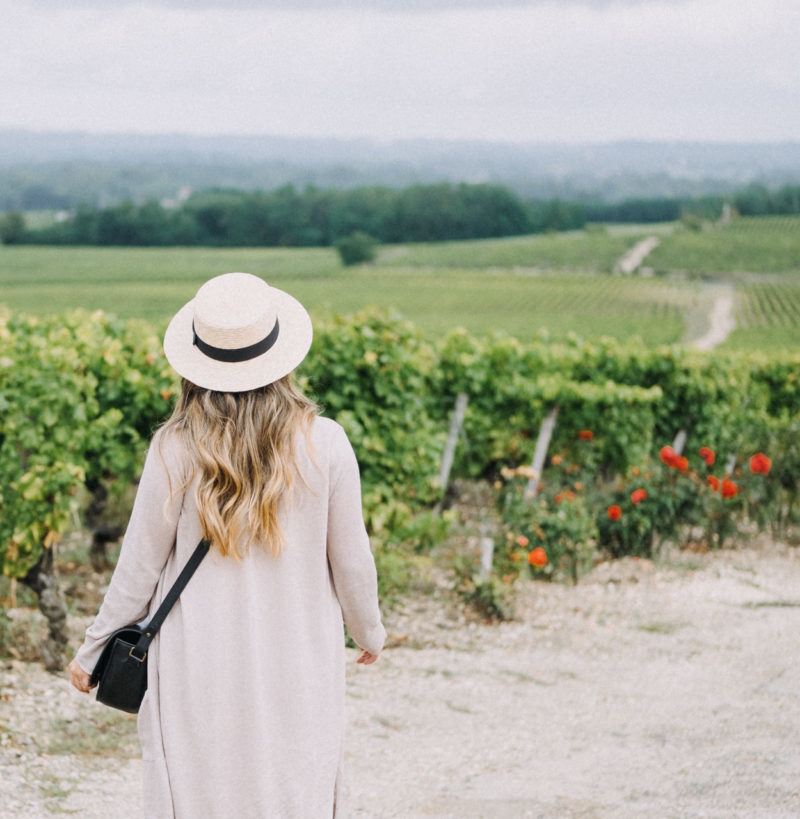 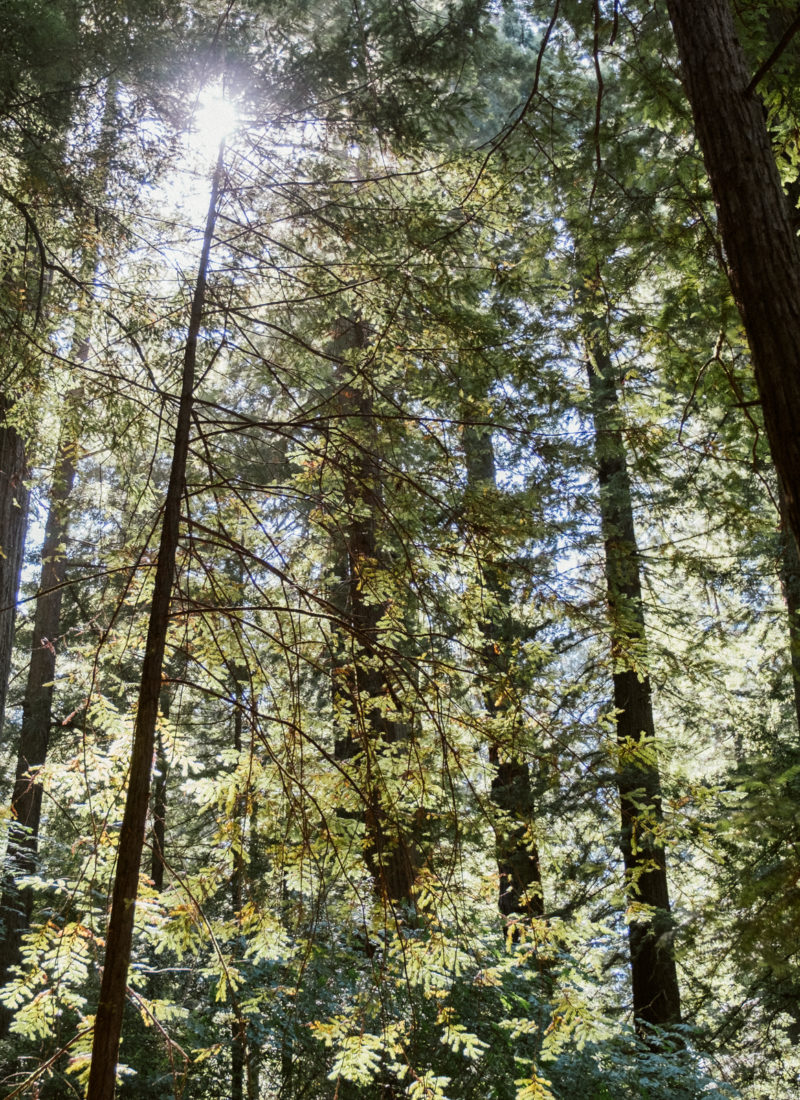 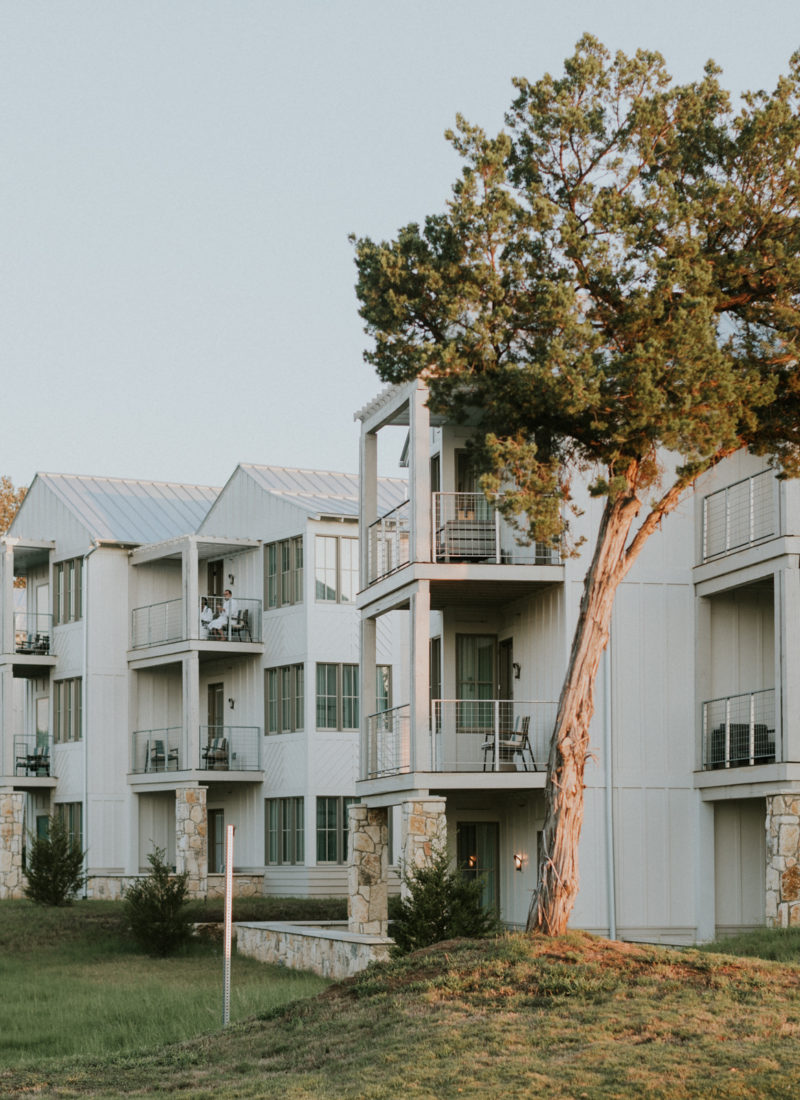 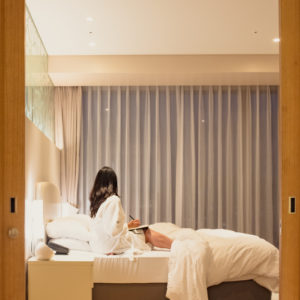