Ten years (and what seems like a lifetime) ago, I made my first trip to Washington D.C. and the White House to participate in a Dignity Walk on behalf of more than 200,000 “Comfort” women who were sexually enslaved by the Japanese government during World War II. I couldn’t fathom how a government could sanction the institutionalized rape of innocent girls– some as young as 14. This seemed like such an incomprehensible and savage concept; the only thing that gave me hope was that it had taken place before I had been born and on foreign soil. 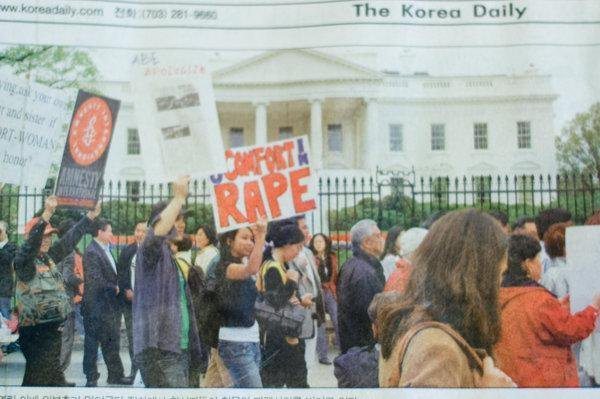 Never, in my wildest imagination, could I have foreseen that a man who boasts about sexual assault as if it were a… privilege granted to celebrities- who blatantly disregards the notion of consent and dehumanizes entire races of people- would be elected as President of my country, and move into the very White House upon whose lawn I stood that decade ago.

I cried myself to sleep last night, and again when I woke up to the realization that all of this was not just a bad dream. Reading Facebook posts from friends calling for us to come together now that the election is over and overcome this divisiveness leaves me wondering how naive these people must be. I’m an immigrant… plain and simple. I was born in another country and brought here. I’m now an American citizen. Although I was adopted from Korea when I was only 3 months old, and this country is the only home I’ve ever known, I’m told to “Go Back to China” and asked where I’m really from ad nauseam. I wonder if my White American friends and family know what it’s like to feel that you never belong… that you are less than – or worse – to be explicitly told that by others.

Sadly, having lived in Texas for this many years– I almost expect to encounter racism/discrimination/misogyny on a semi-regular basis. The only way I’ve been able to bear it is thinking, clearly mistakenly, that it’s not like this for the rest of the country. It’s just a Texas thing… or even a Southern thing. This election season has proved that, in reality, it’s more pervasive than I could have foreseen in my worst nightmare.

While I loathe Donald Trump; his words and actions… I don’t cry because he is President for the next four years. Even though I would have loved to witness the election of our first female President, my heart is not broken simply because that President is not Hillary Clinton.

I weep instead because I realized in one terrifying night just how many people there are who think that “Making America Great Again” means excluding myself and people for whom I care deeply – who hate things that we’ll never be able to change… like the color of our skin, our gender, or the people we love. My soul aches because, for the first time since I discovered my infertility issues, I feel a sense of relief that I don’t have a child to whom I have to explain why they don’t belong in this country of ours.

I feel the collective terror of all marginalized groups in America, because I know that tomorrow the scapegoated “enemy” could be Korea (or China… because, let’s face it– we all look alike), and there are enough people in our country (and in power) that would support our persecution under the guise of patriotism. My mind cannot comprehend witnessing, in one lifetime, both the glorious triumph in civil rights when gay marriage was made legal, and also the election that will assuredly undo that and any other progress we have made. “Injustice anywhere is a threat to justice everywhere.”

How did we let this happen?

I don’t grieve for the government, or policies, or positions– I mourn the loss of the respect I had for people in my life who supported or even merely overlooked Donald Trump’s hateful, abusive rhetoric. I’m saddened and shocked by neighbors, friends, and family who now celebrate his victory while the KKK and Putin do the same. You are judged by the company you keep. I see your true colors, and I will not forget. I hope someday you comprehend the magnitude of what you’ve done, and that it’s not too late for our country and legacy when you do. 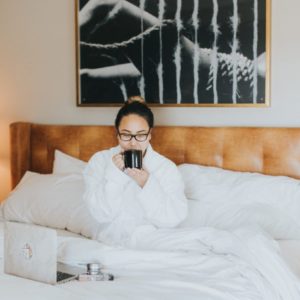 too tired for any fancy tricks tonight. just weari