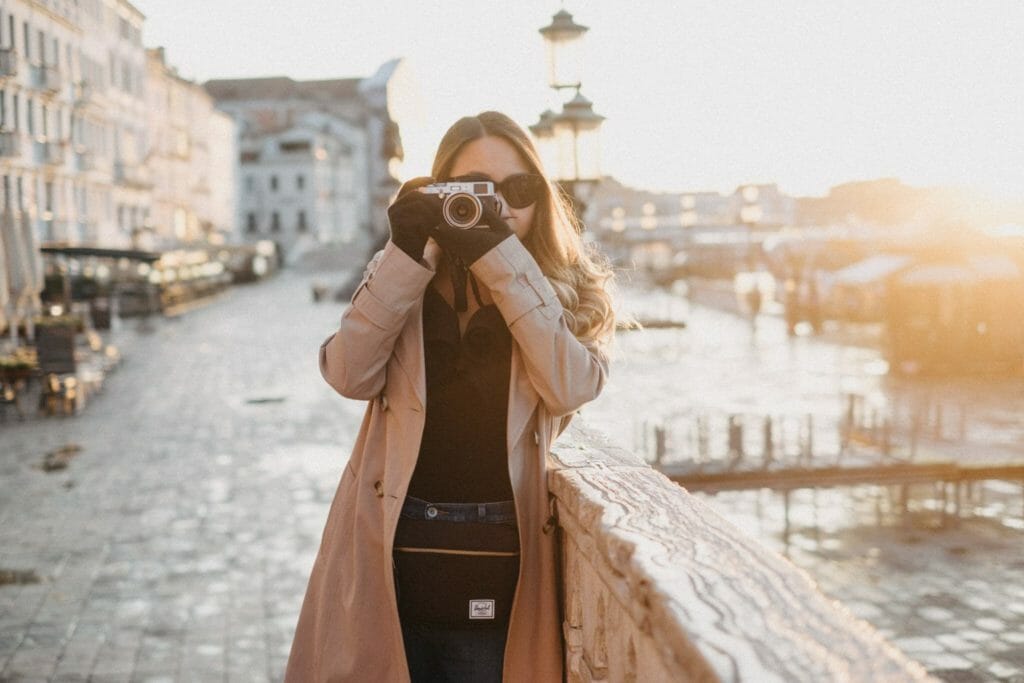 A Photographer’s Guide to Venice, Italy

“We take photos as a return ticket to a moment otherwise gone.” (Katie Thurmes)

This post is a comprehensive guide to photographing one of the world’s most Instagrammable cities, featuring Fujifilm’s X Series cameras: the X100T and XT1. I shot more than 1,600 photos during our 3-day trip and culled that down to 500 that I wanted to edit. I’m sharing a few of my favorites in this guide, along with some insights and tips I hope will help any other visitors wanting to capture their experience in Venice through photography.

Don’t be afraid of the dark.
Nighttime is one of the most magical settings for photos in Venice. I took this next photo on our first night of the trip. It was cold, dark, and rainy, but I didn’t want to miss any kodak moments in this amazing city. As long as it’s in focus and shot in RAW format, Lightroom can save almost every picture. 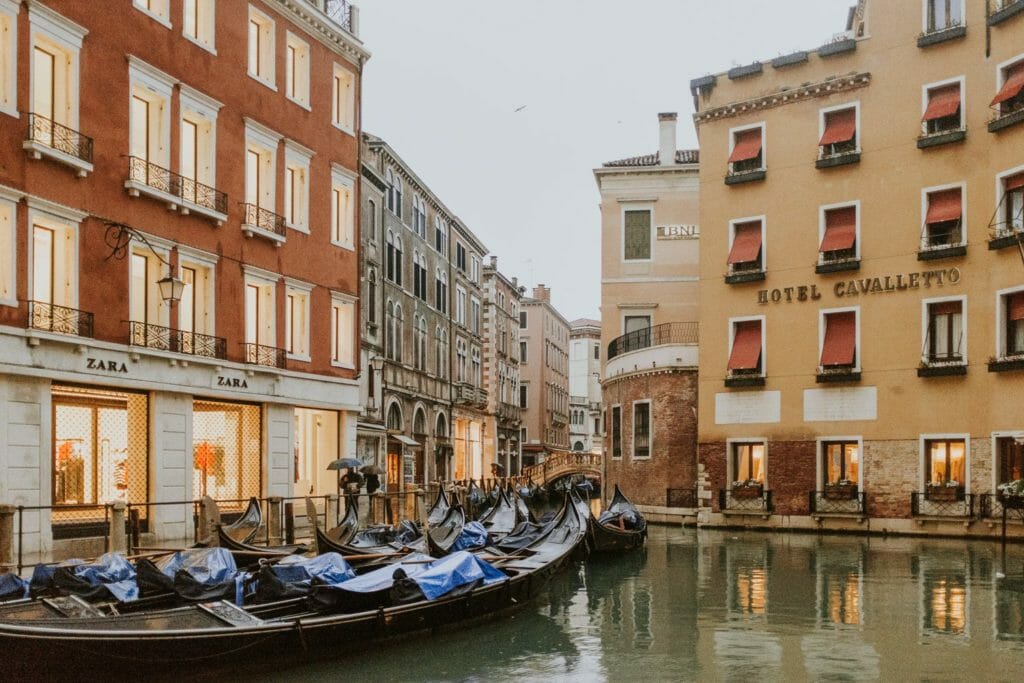 This unedited “before” version of the above photo shows what can be done in post-processing to bring out the character of evening shots: 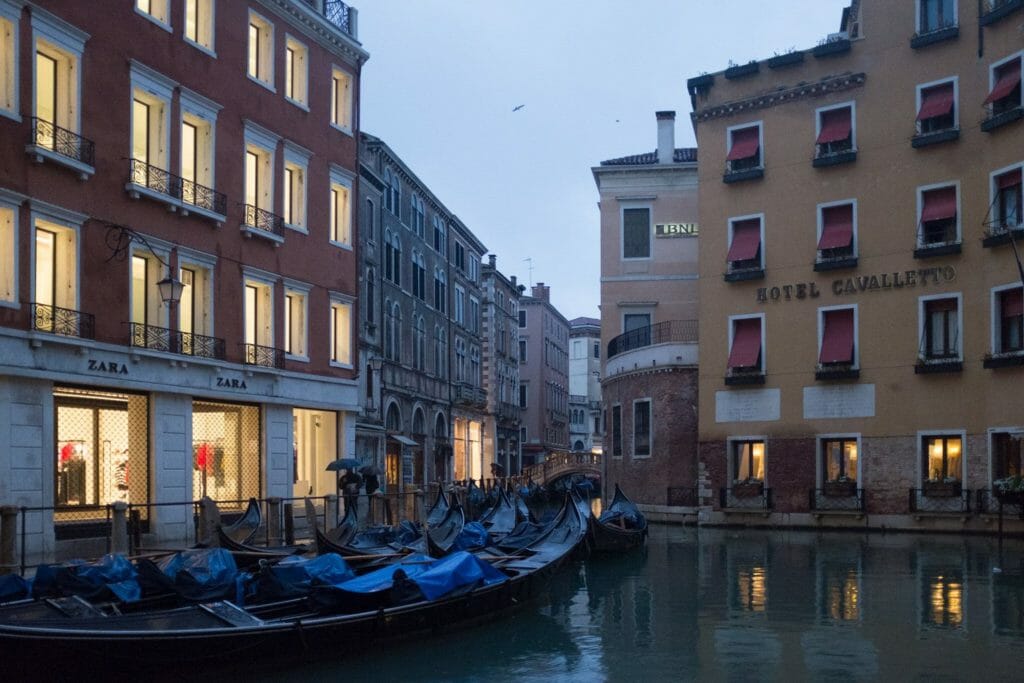 Don’t let bad weather rain on your parade.
Traveling to Venice in February had its ups and downs: since it was a less popular season, flights and hotel accommodations were more affordable and the crowds were smaller. On the other hand, the weather was unpredictable and there was a higher risk of rain/acqua alta (high water). There was rain for the first two days of our trip, but thanks to my trusty Hunter rain boots, a semi-functioning umbrella, and weatherproof camera body and lens (Fuji XT1 and 16mm f/1.4), it didn’t slow us down! 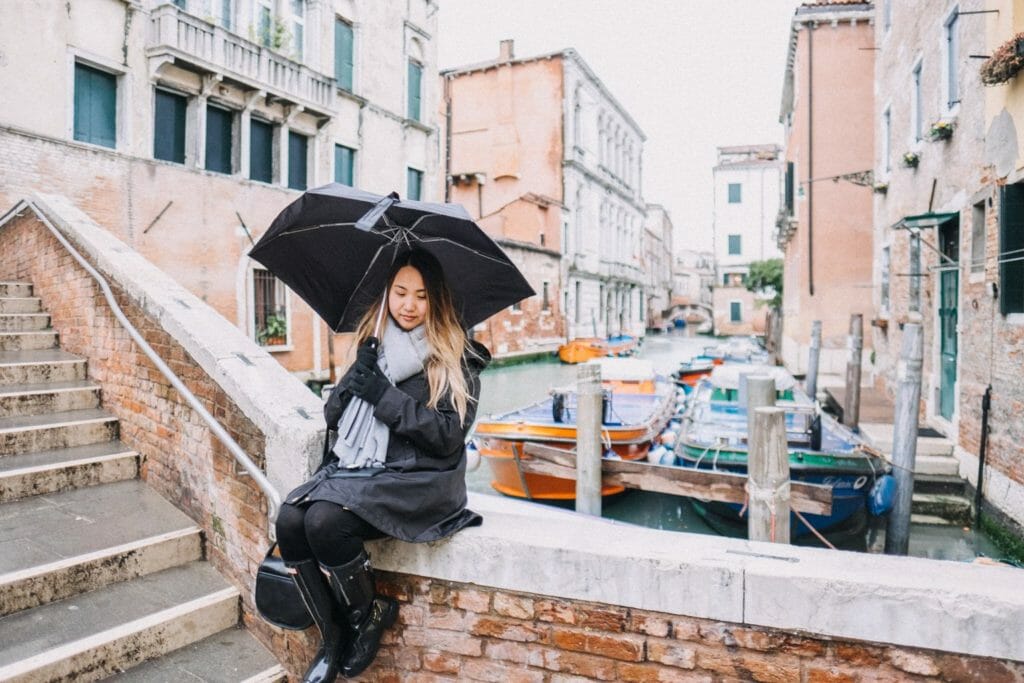 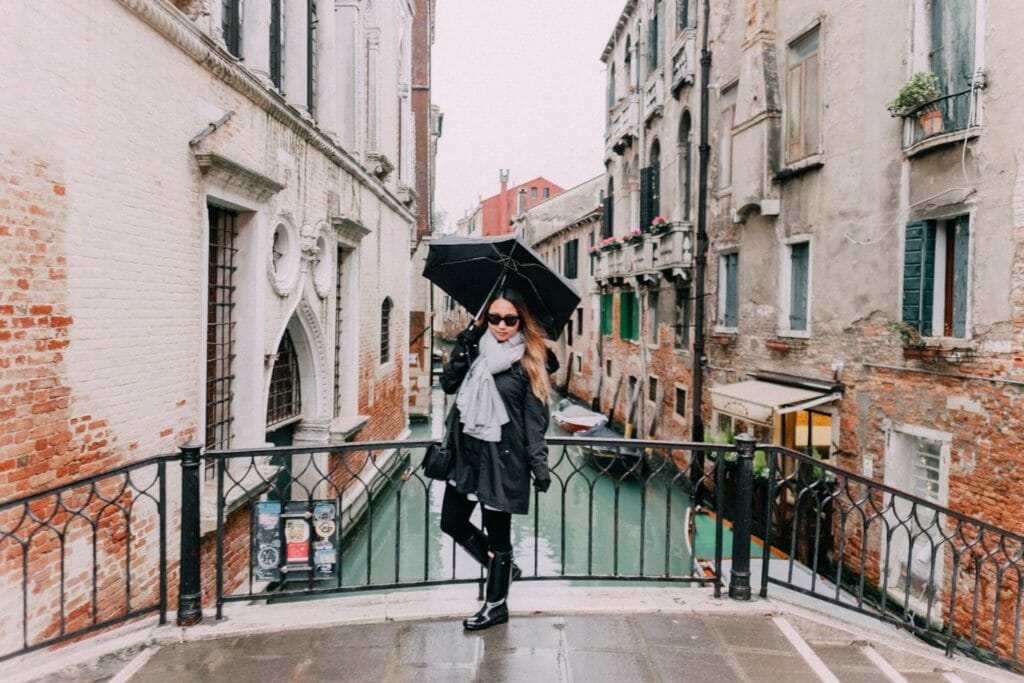 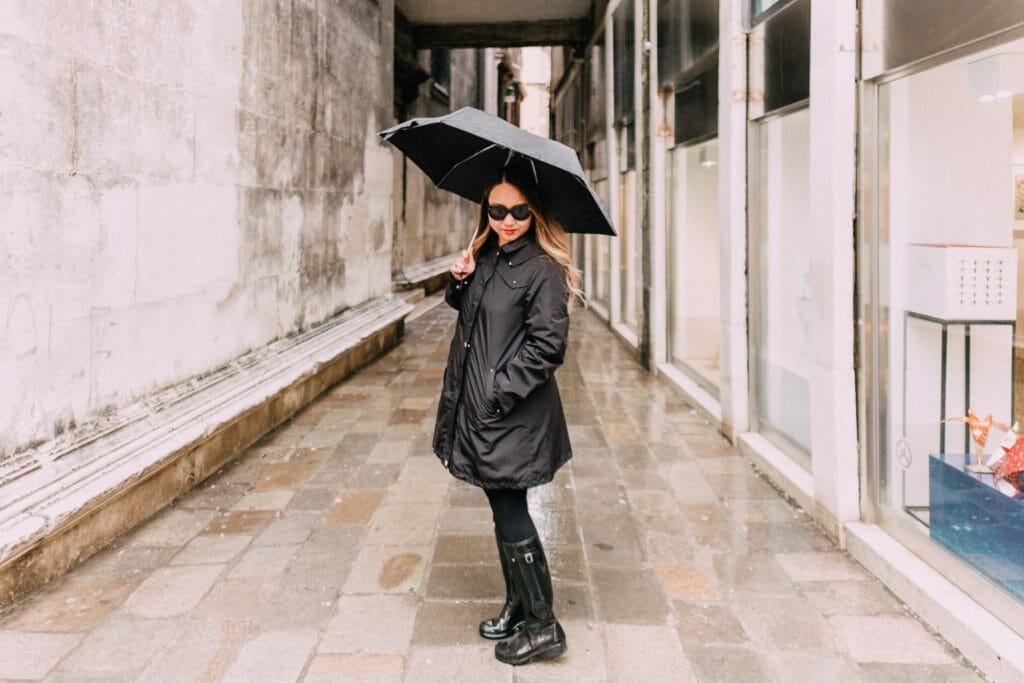 Size matters.
A wide angle lens is a must for capturing Venice’s narrow canals, bridges, and gondolas. However, trying to take architecture photos with a lens that is too wide will cause a lot of distortion. I ended up switching between my Fuji XT1 with a 16mm lens and the Fuji X100T with its built-in 23mm focal length for most of my city shots. The 35mm and 56mm came in handy for portraits, but were “nice-to-haves” in Venice rather than essential. 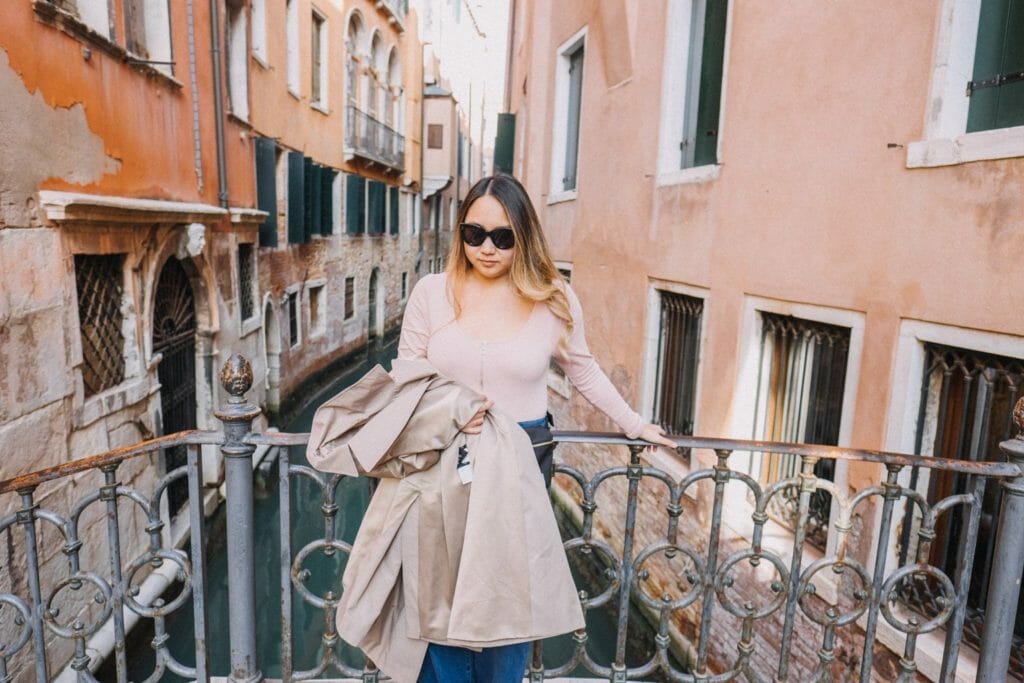 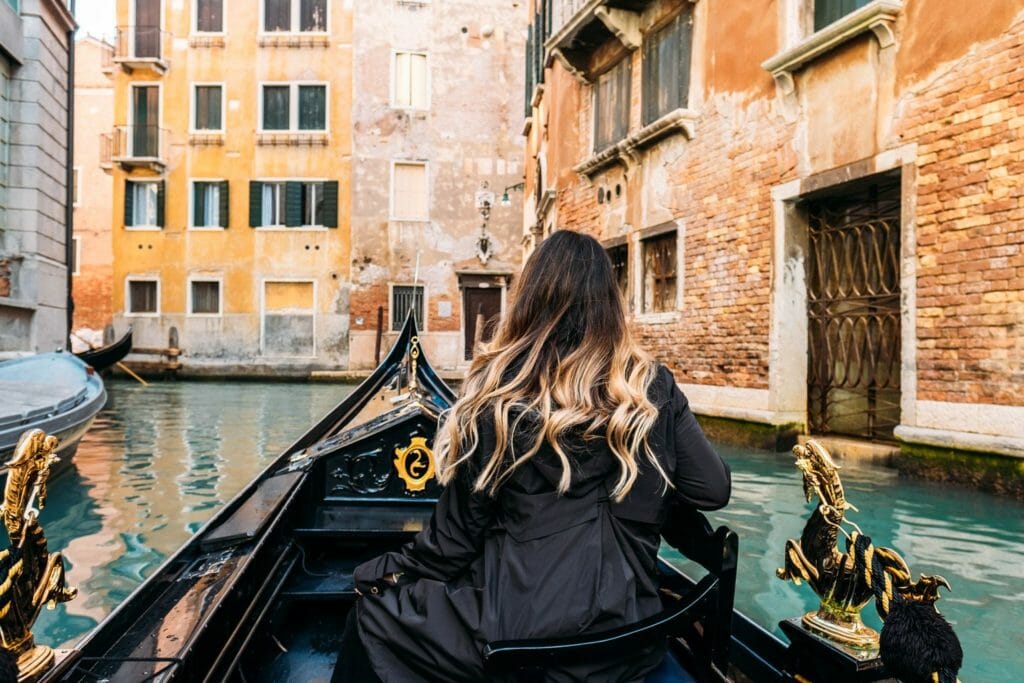 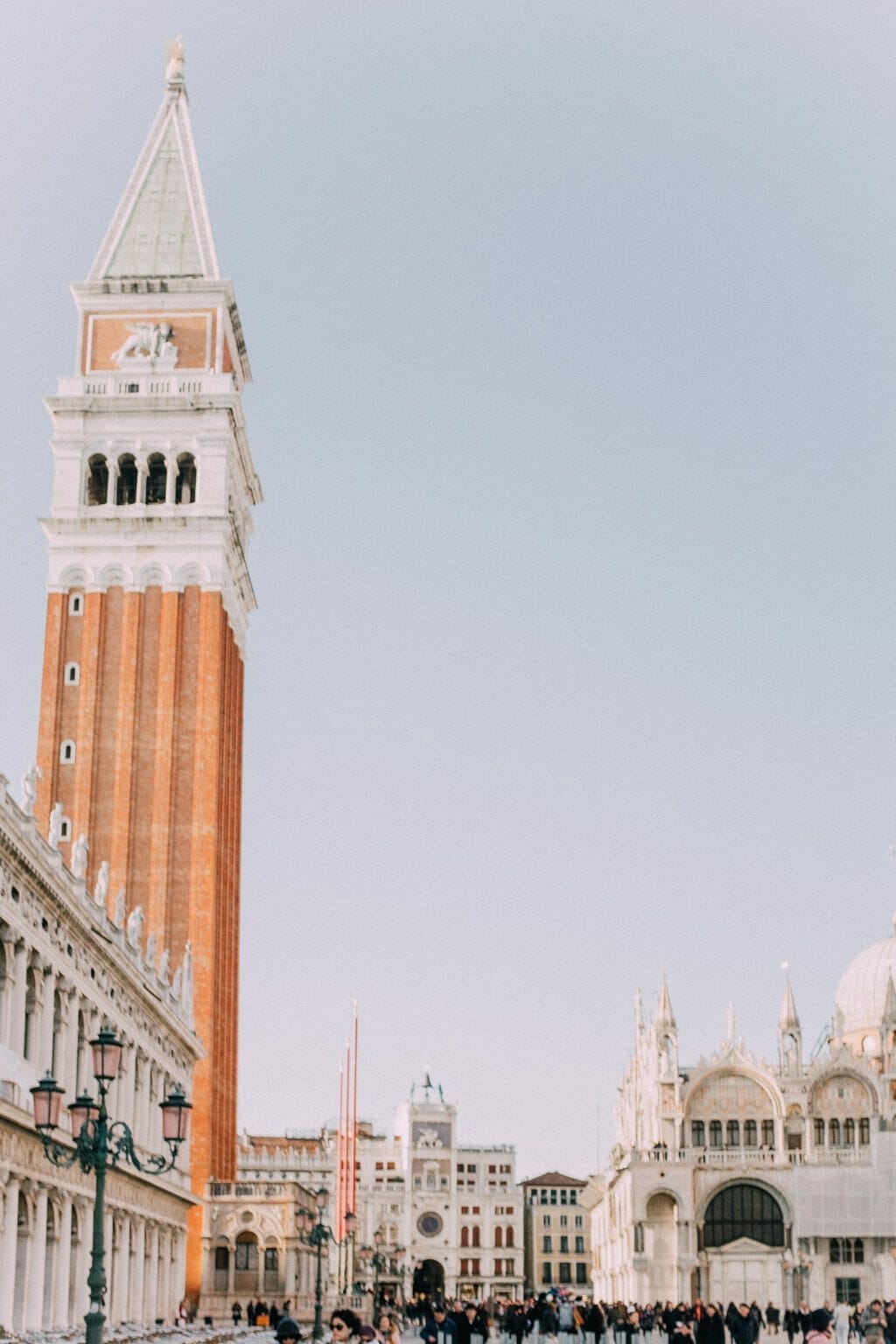 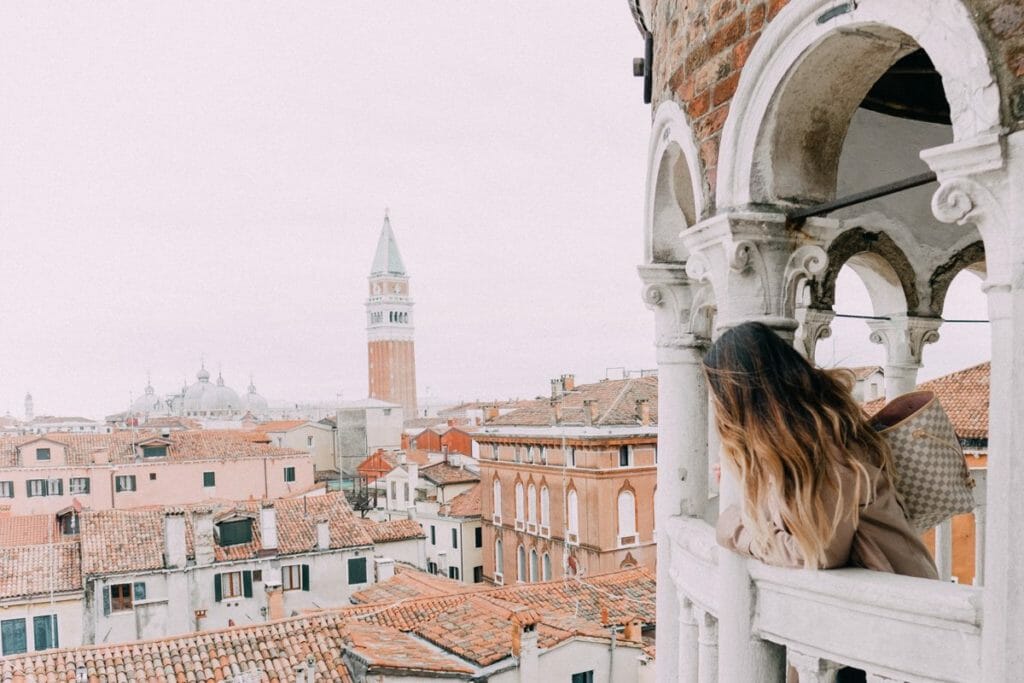 Stop and look around you.
I was so set on taking a picture climbing the steps of Libreria Acqua Alta. After checking off the photo from my bucket list, I almost left the bookstore without seeing the incredible view from the top of the stairs. It ended up being one of my favorite photos that I didn’t know I wanted. 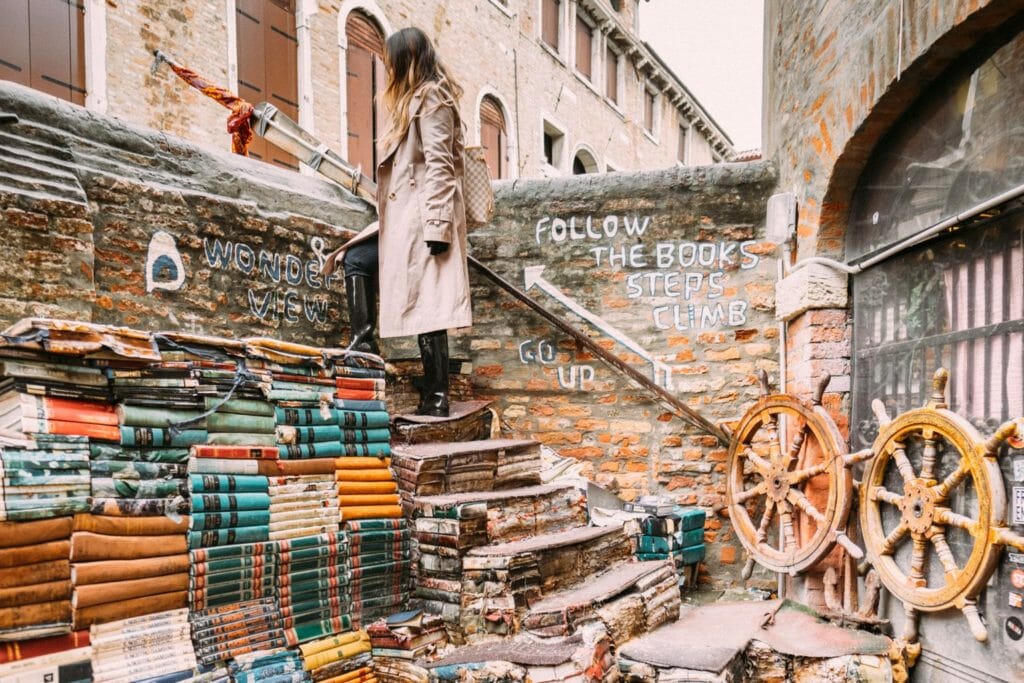 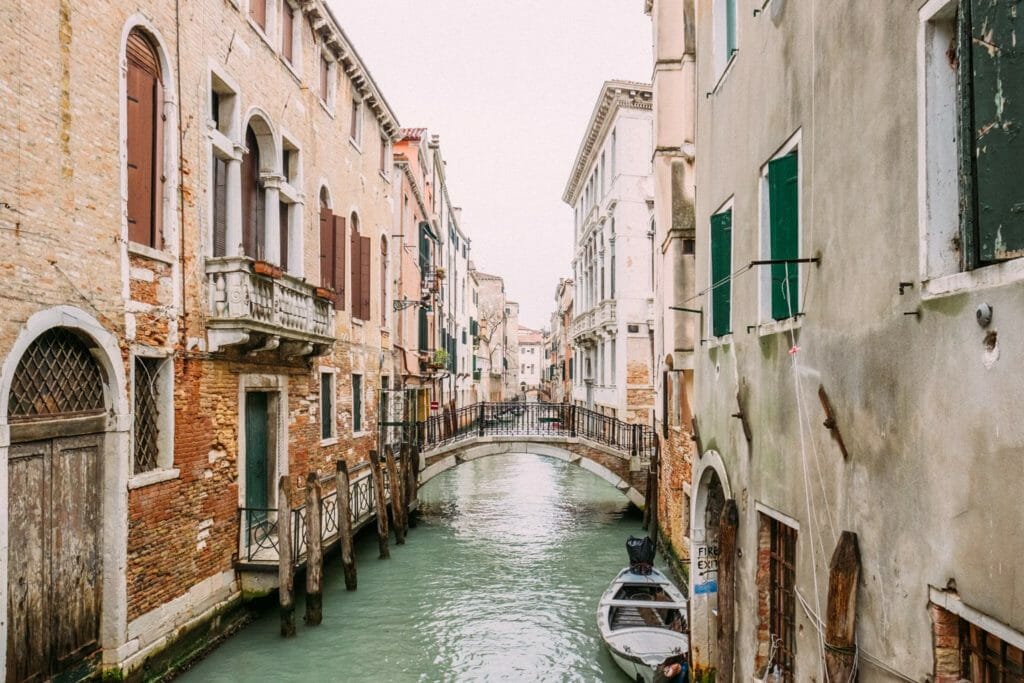 Find different vantage points.
Whenever possible, wander away from the sea of tourists to get a unique perspective of landmarks. For example, when everyone is crowded onto the Rialto bridge to take a photo of the Grand Canal, walk a few blocks down to get a photo of the bridge itself. When there is a line forming to get a picture in front of the Bridge of Sighs, take your photo on the other side (I promise the bridge looks just as beautiful from the back). 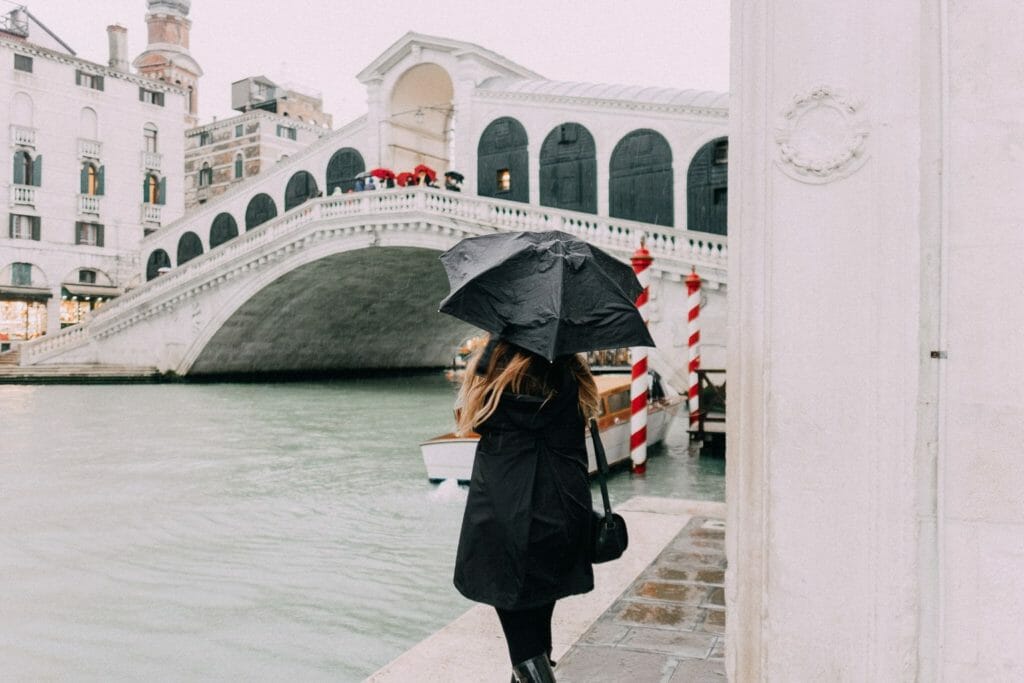 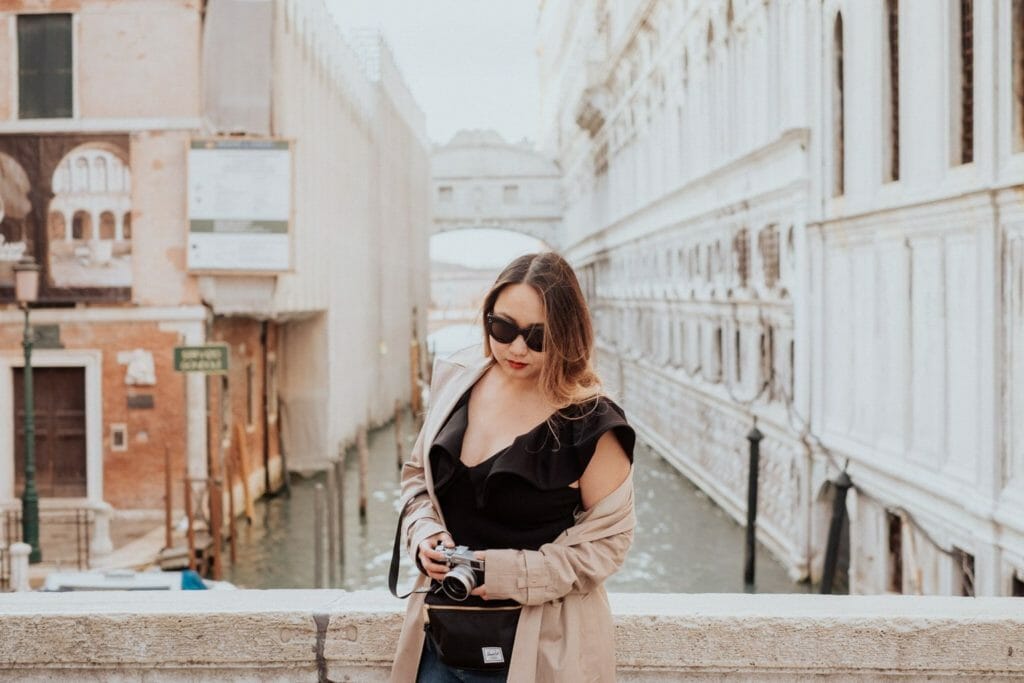 The early bird gets the worm (and best sunrise photos)!
Set your alarm clock and venture out before sunrise so you can get a prime vantage point (like Piazza San Marco) to photograph it. 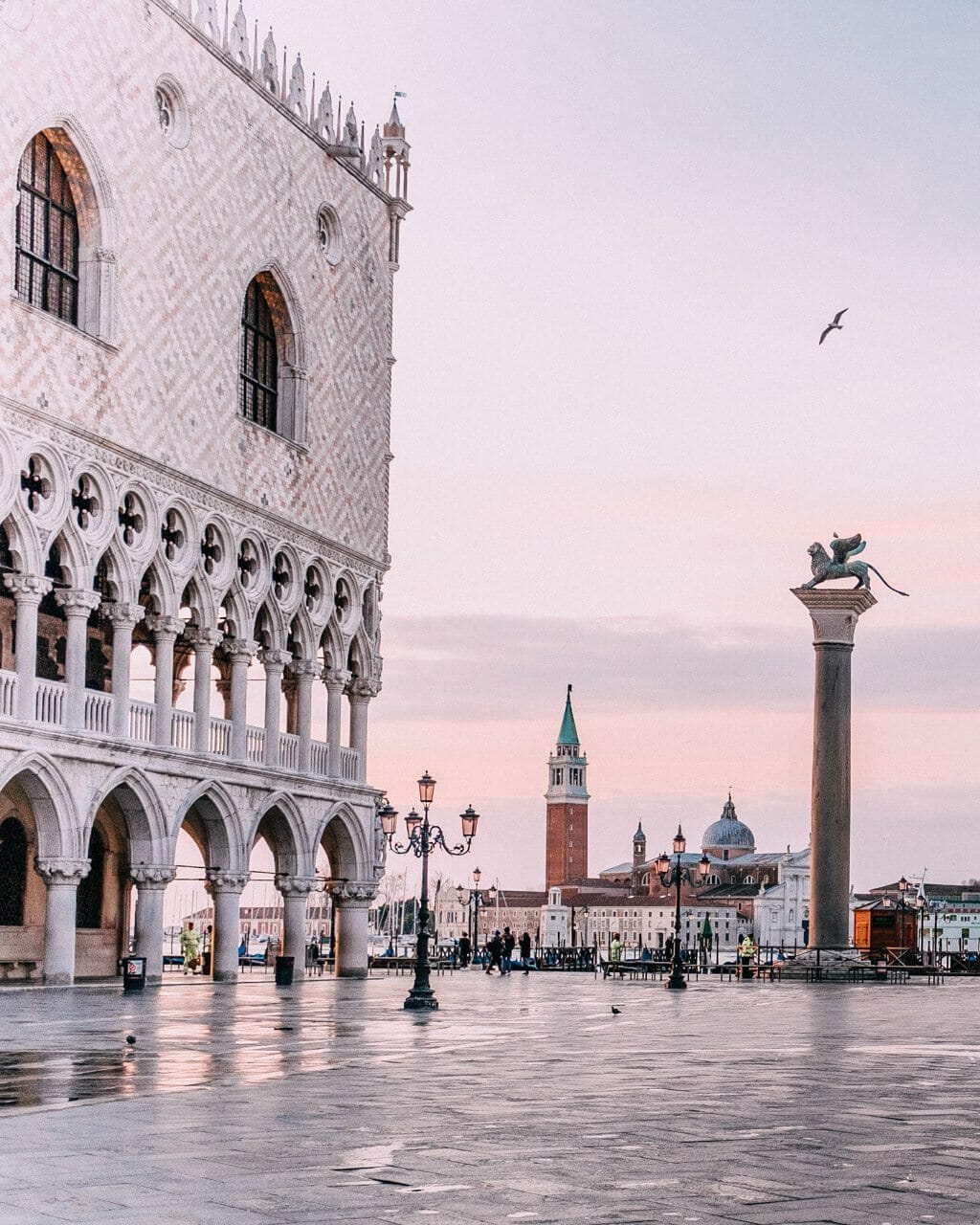 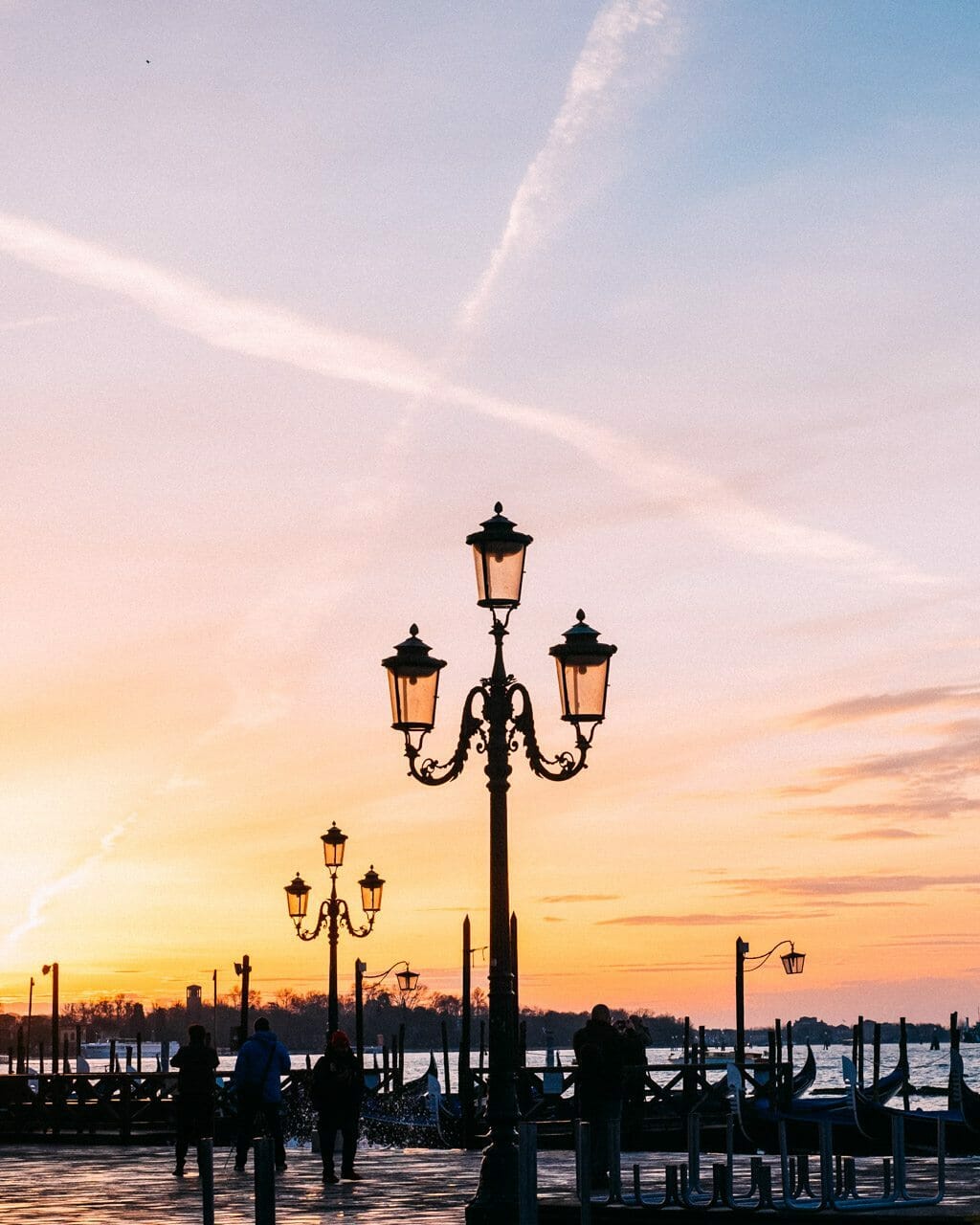 Feeding the birds ain’t free.
While I was looking for a spot to photograph the sunrise in Piazza San Marco, Holden made a new friend who gave us bird seed so we could feed the birds for a photo opp. As a courtesy, I tried to give the gentleman a couple euros. He wanted 25 per person. I didn’t have that much with me, since it was our last day, and he was not pleased. Lesson learned: always negotiate things like this up front to set expectations. 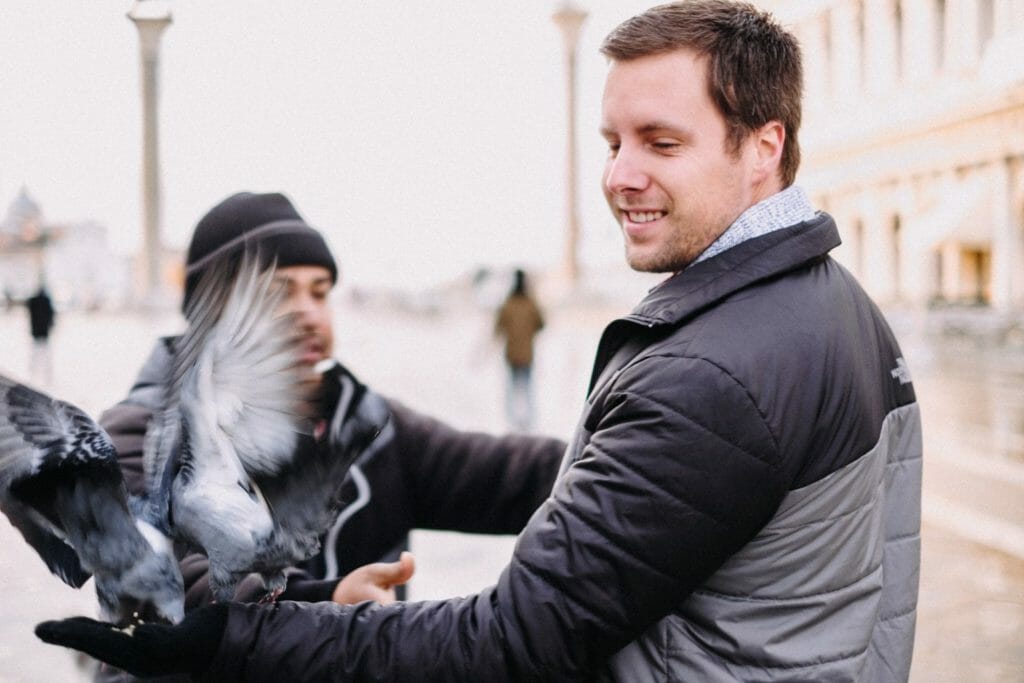 Speaking of birds…
There are so many birds flying around Venice that you’ll be hard-pressed not to catch one in your shots… but that’s okay!! I think the birds add a beautiful dimension of vitality and authenticity to scenes that otherwise might seem too picturesque to be real. I used the continuous shooting mode to capture bursts from which I could choose the best later. 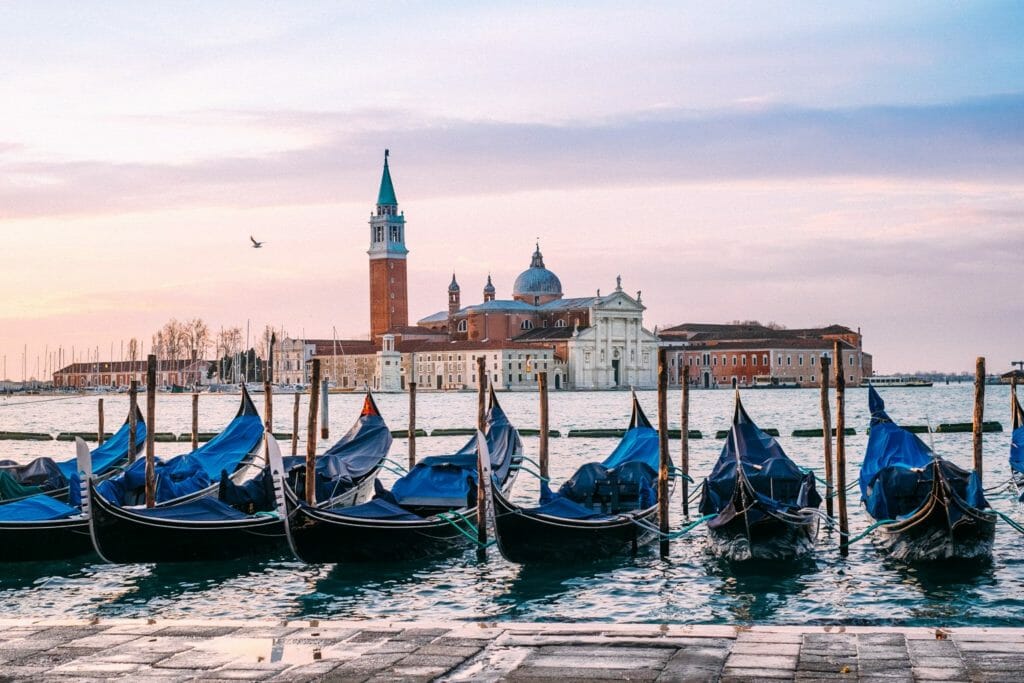 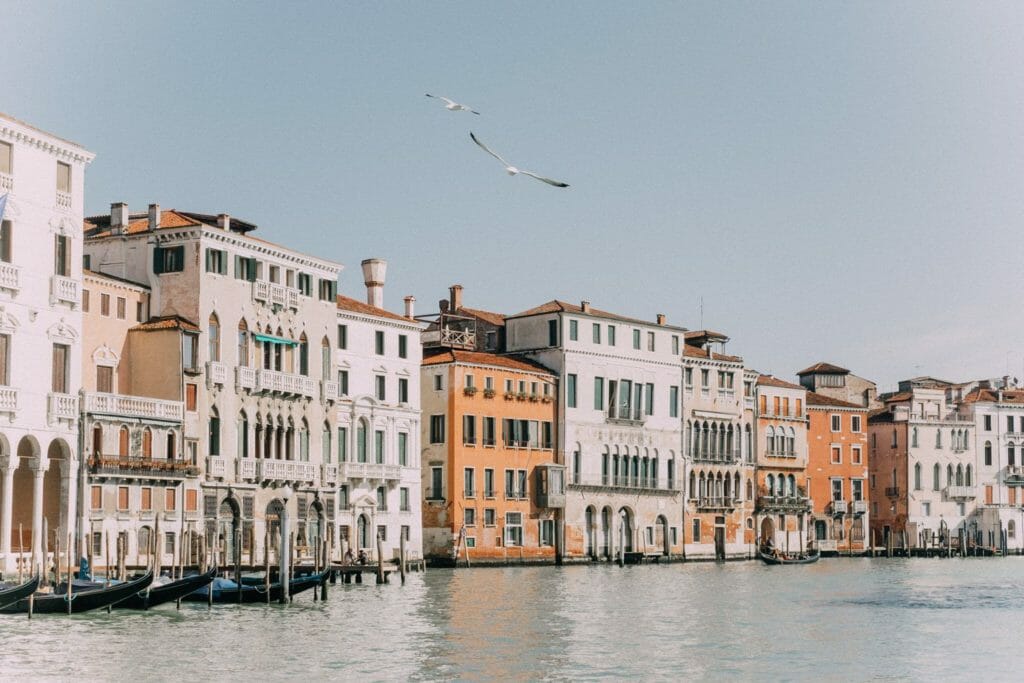 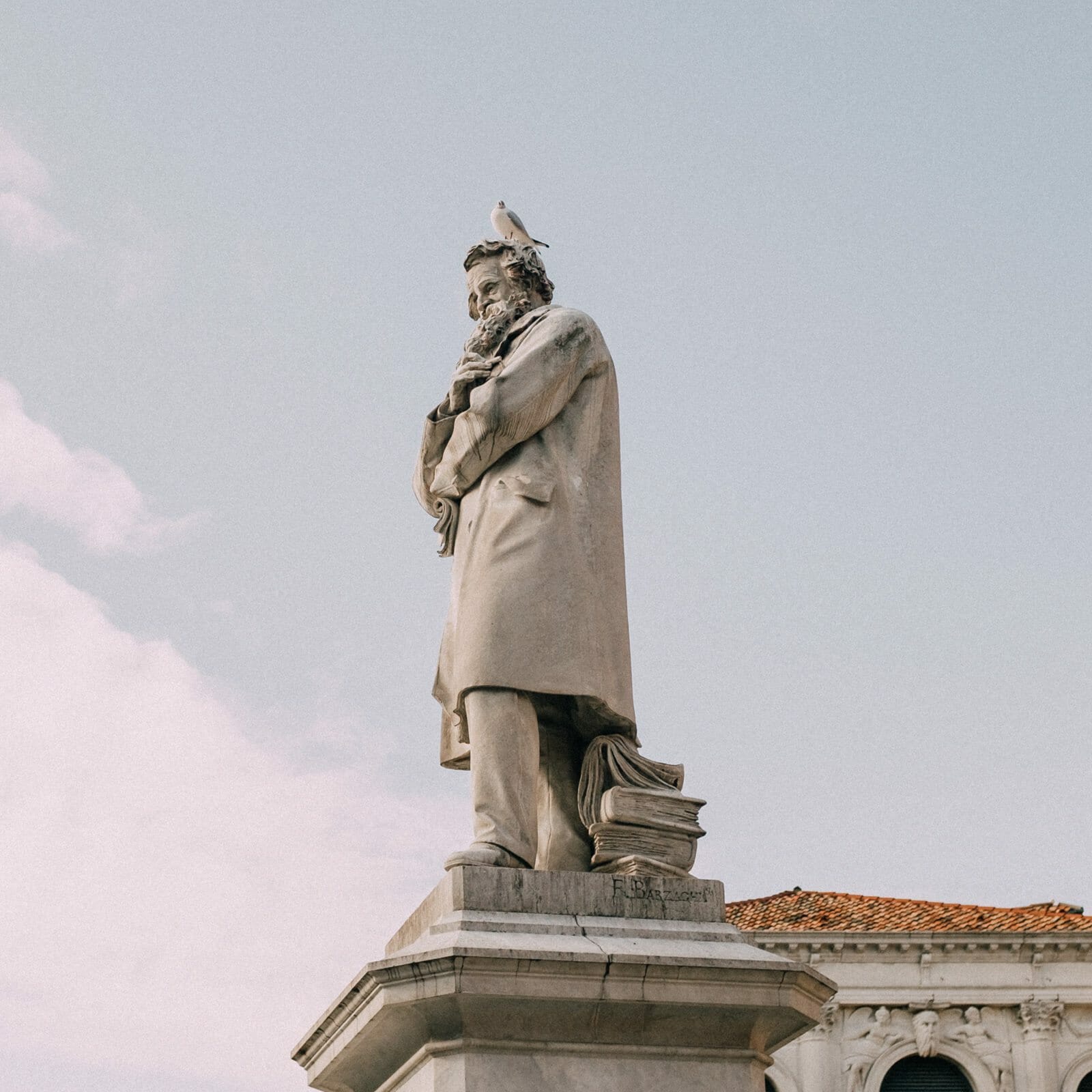 Don’t miss windows of opportunity.
In Venice, it’s tempting to focus your lens on the sparkling canals or cobblestone sidewalks. Don’t forget to look up once in awhile, because the windows and balconies of Venetian buildings have their own story to tell. As an added bonus, you can get people-free photos even when the streets are full of tourists. 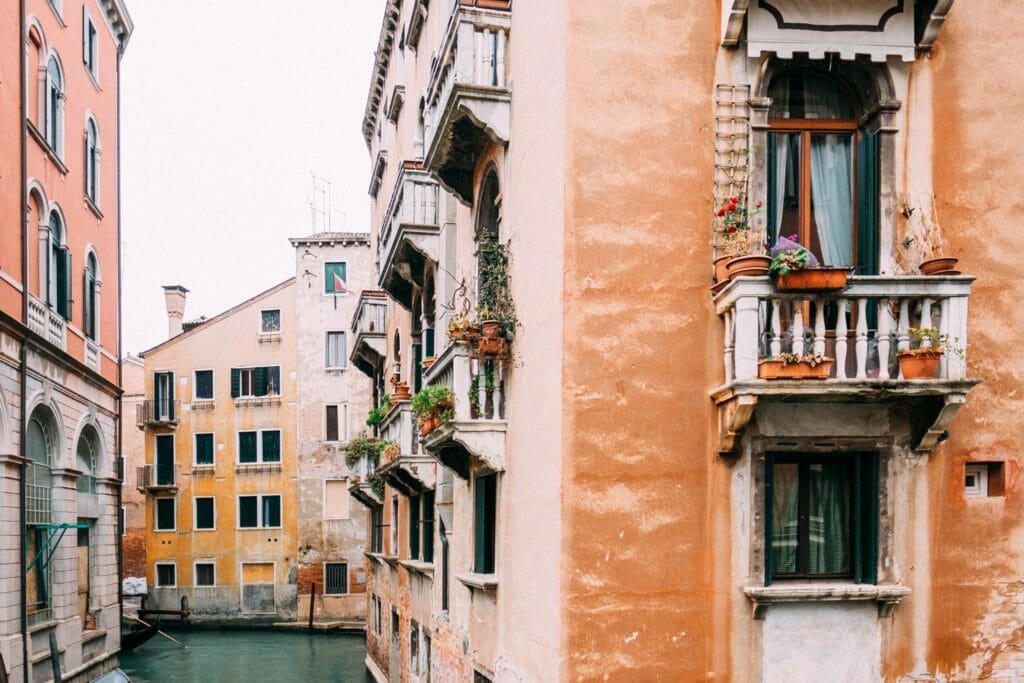 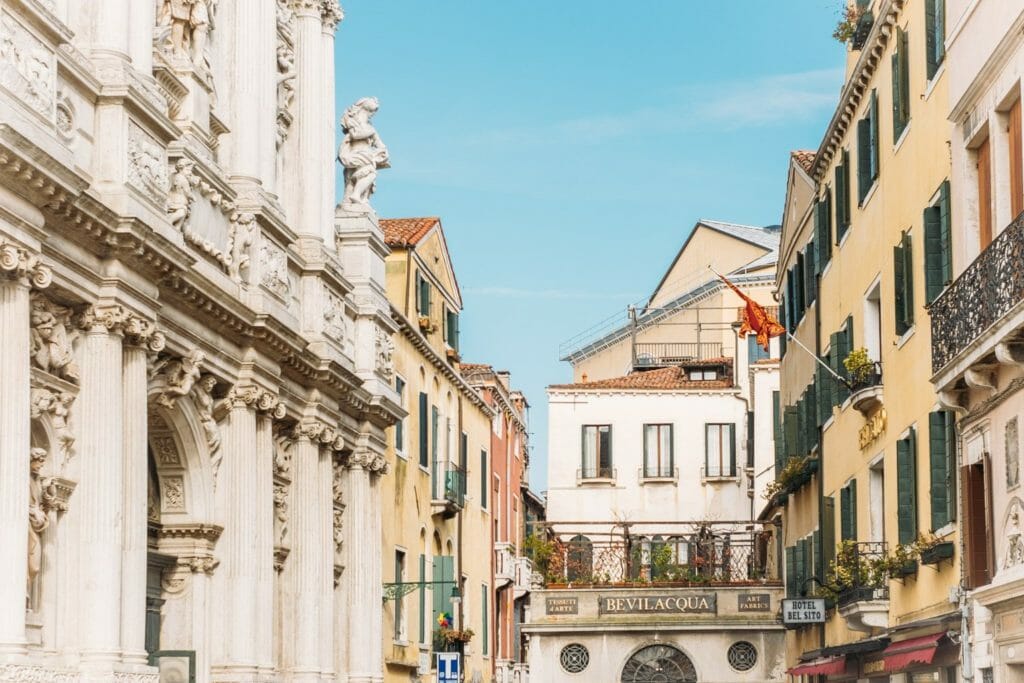 “You miss 100% of the shots you don’t take.” (Wayne Gretzky)
If I could only offer one piece of advice for photographing Venice it would be to let go, get lost, and just keep shooting. You’ll never regret taking too many photos, and you may just end up with something magical. 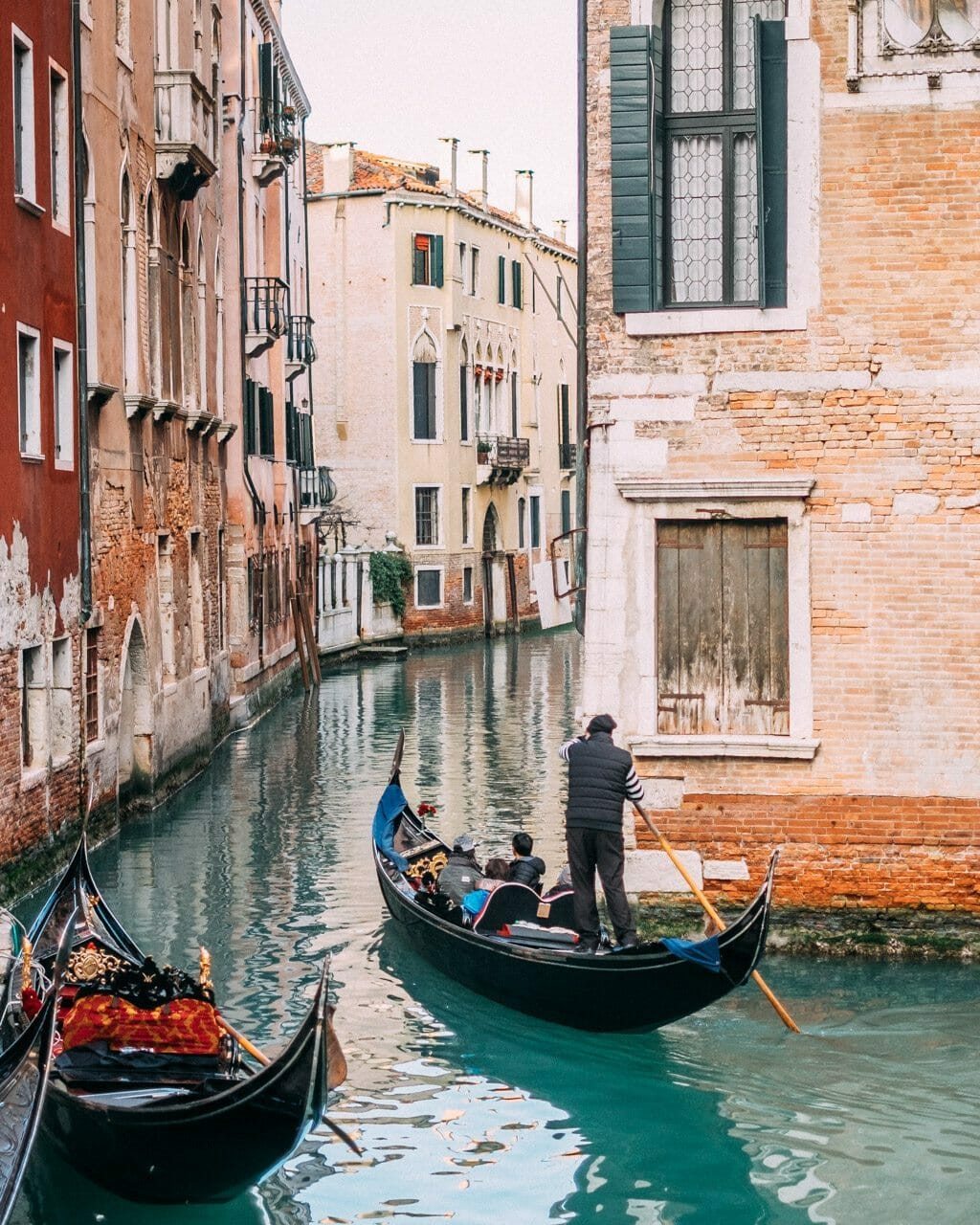 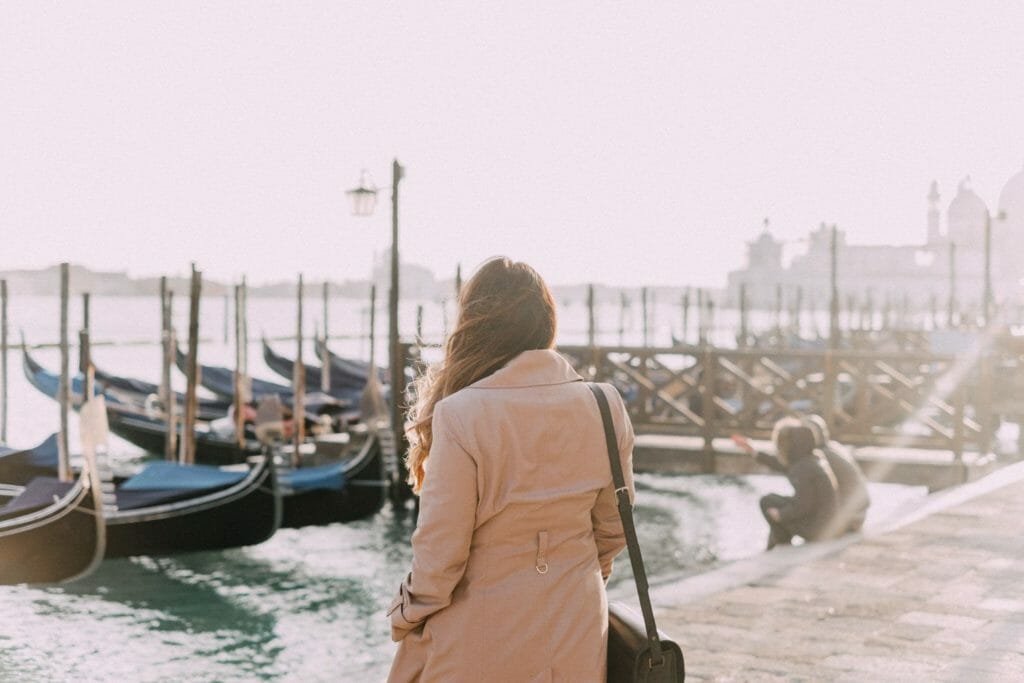 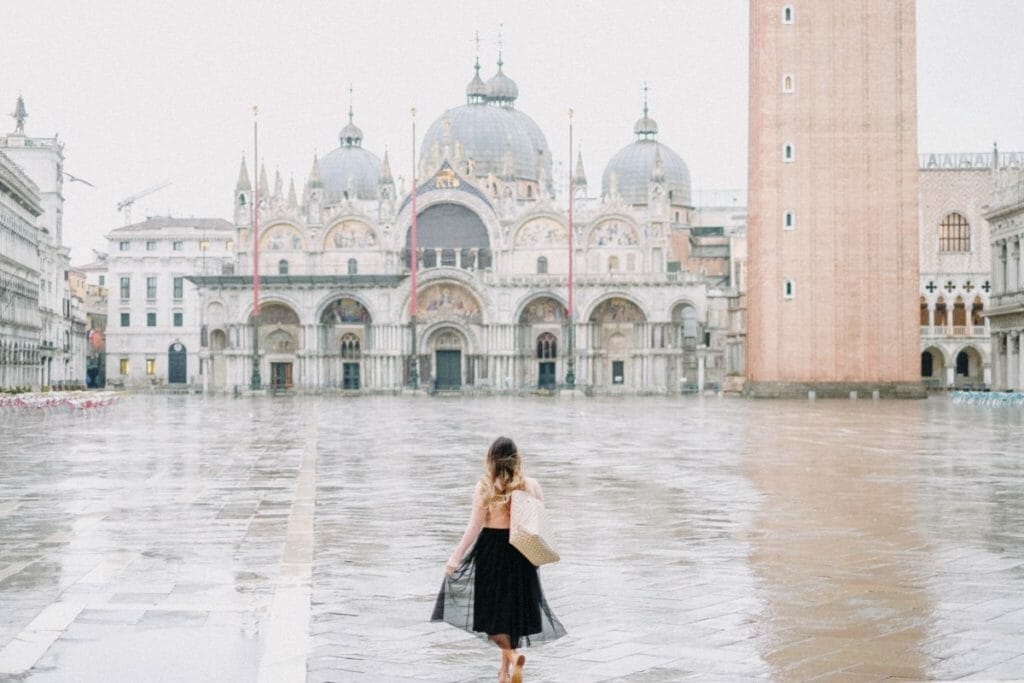 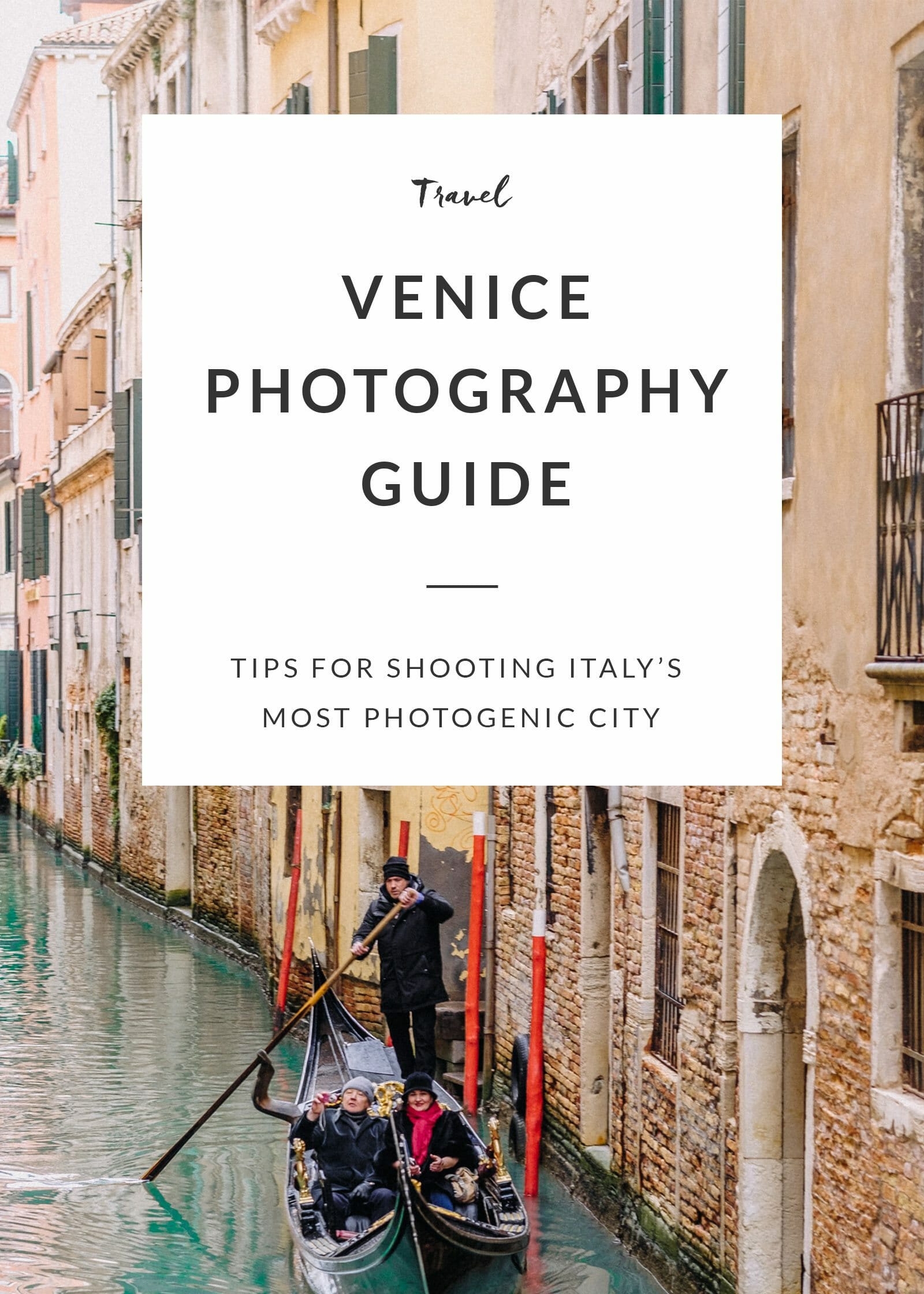