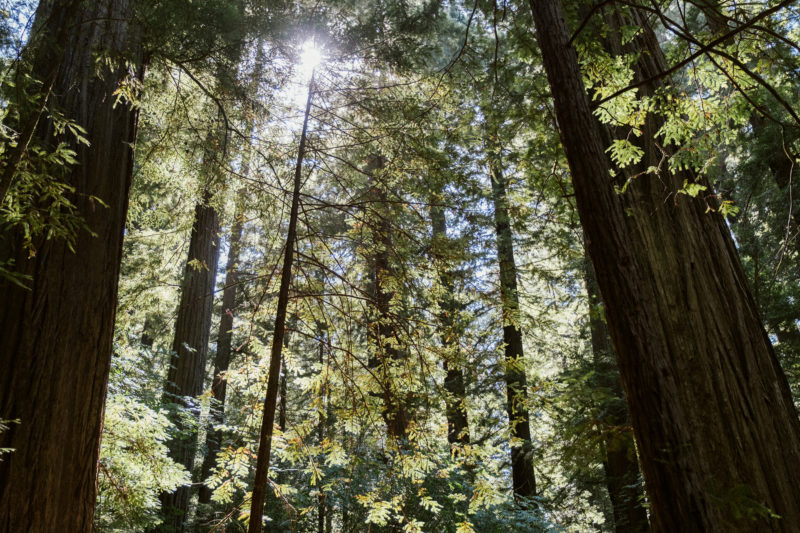 Despite growing up in the suburbs, I’d always considered myself a “city girl.” I preferred the hustle and bustle of destinations like my beloved Chicago. Places so crowded that an introvert like me could navigate relatively unnoticed. Somewhere to blend in… disappear, even. It’s easier than ever to do that in today’s digital landscape where, even on a crowded sidewalk, everyone is looking down at their phones or drowning out the world with noise-canceling headphones.

My husband and parents laughed when they heard the itinerary for a trip I was taking to the Pacific Northwest with my friends’ new company. Between allergies, asthma, non-athleticism, and a tendency to get eaten alive by mosquitos, the idea of me out in the forest sounded like a comedy of errors. “But I even bought a pair of hiking pants,” I said assertively. It’s unclear whether I was trying to convince them or myself. Nevertheless, we all remained skeptical. Me and the outdoors did not sound like a winning combination.

The trip began in San Francisco, one of my favorite cities. It was definitely more physical activity than I’m accustomed to – we walked across the Golden Gate Bridge- but, I still felt at ease navigating the busy streets and crowds. 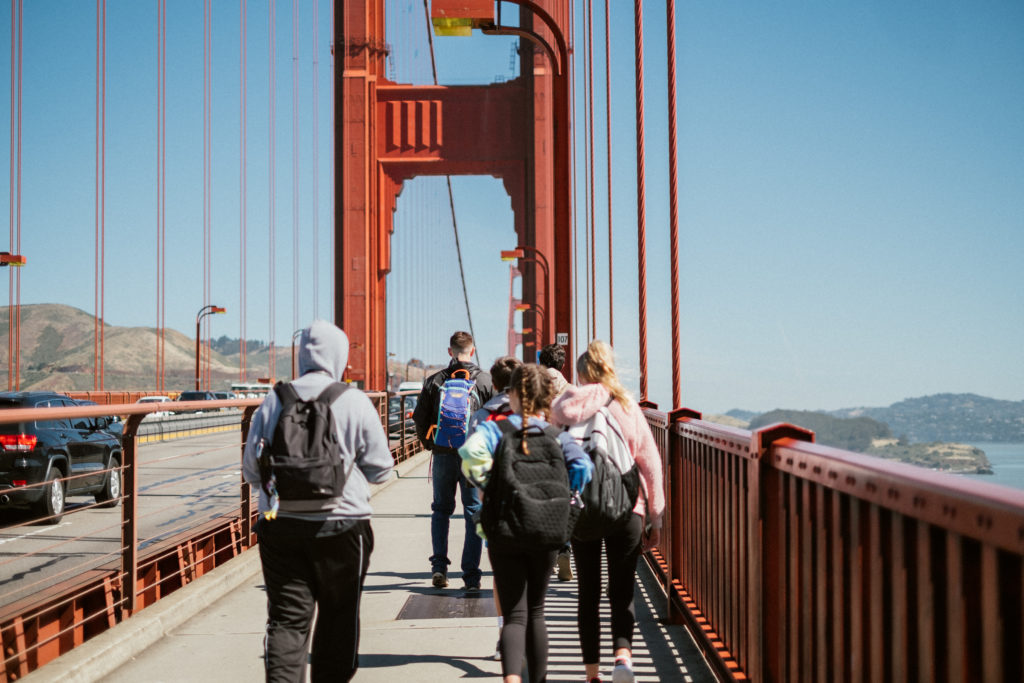 The next leg of our trip included a stop in The Avenue of The Giants and walk through the woods. For 45 minutes, we were asked to follow the Founders Grove Nature Trail Loop path and reflect in journals along the way- in complete silence. Each of us started walking a minute after the previous person to allow space to feel solitude. This felt more awkward to me than the business of the city. 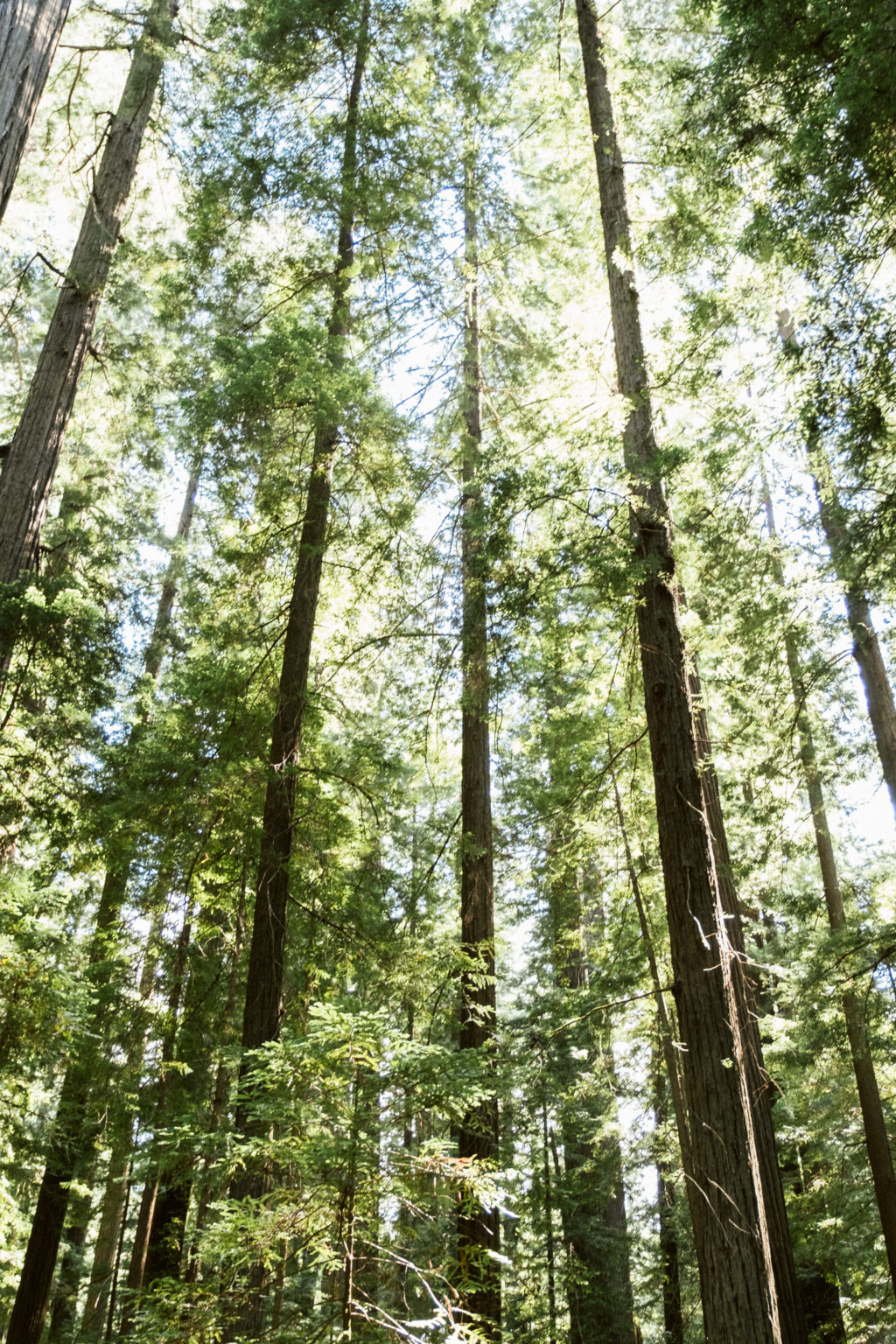 In recent months, I’ve become so accustomed to going and going and going, without stopping to reflect or be truly alone with my thoughts. The quiet isn’t new or even the physical aloneness. I spend most of my days working by myself quietly. The difference between the woods and home is the constant “noise” from the outside world in the form of social media or other distractions. When left with nothing but the sound of my own innermost thoughts, I started to feel like a blank slate again. I felt ready. I wanted more of this newfound nothing. 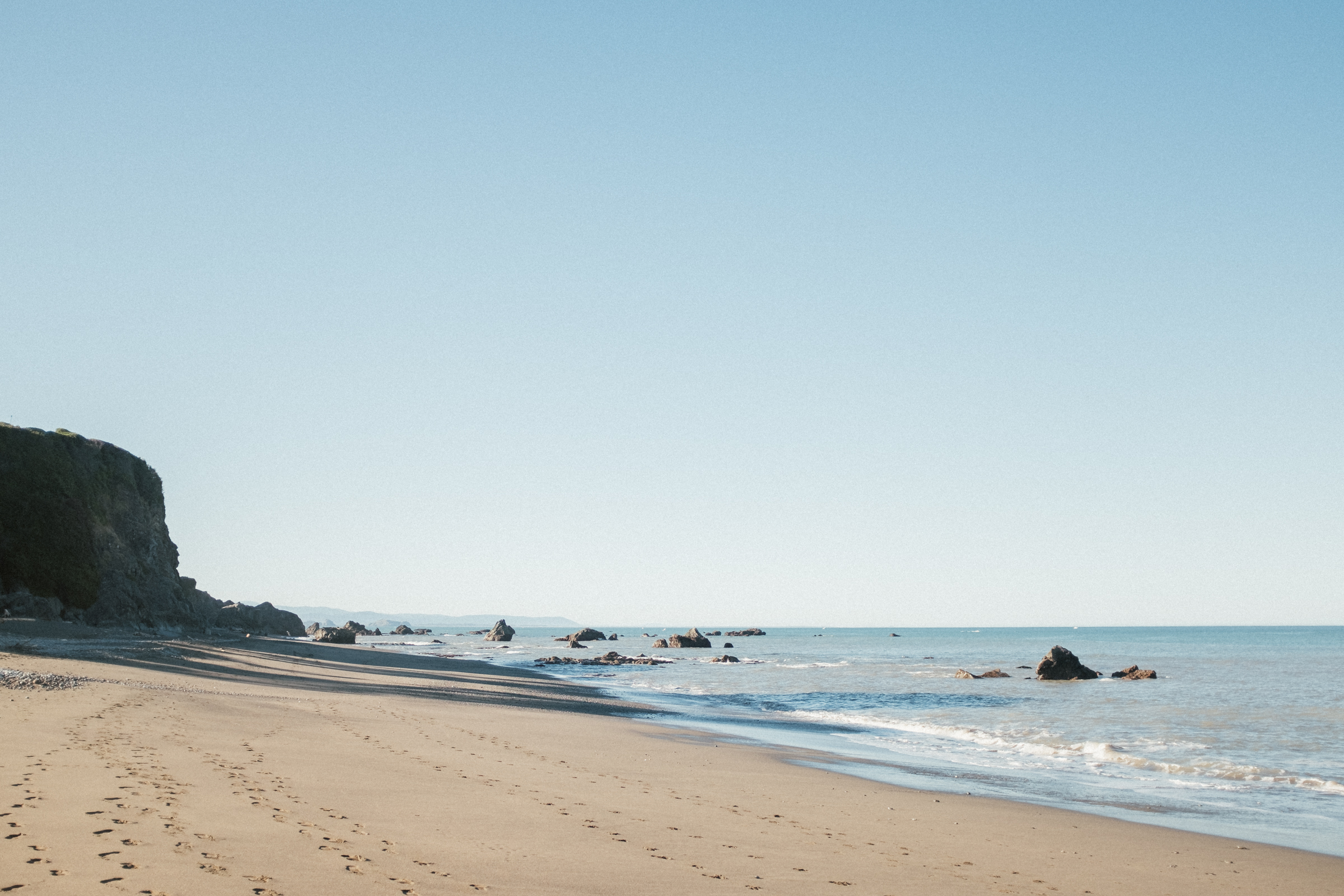 We stayed in a small beachfront hotel in Brookings, Oregon that night. I woke up early the following morning so I would have time to walk alone on the beach. I started hearing the sound of the waves over my fears. Anxiety relinquished space for awe. I decided then to spend the rest of my travels in listening mode. Waiting for signs from the universe instead of doing mental gymnastics in my head to try and solve everything. 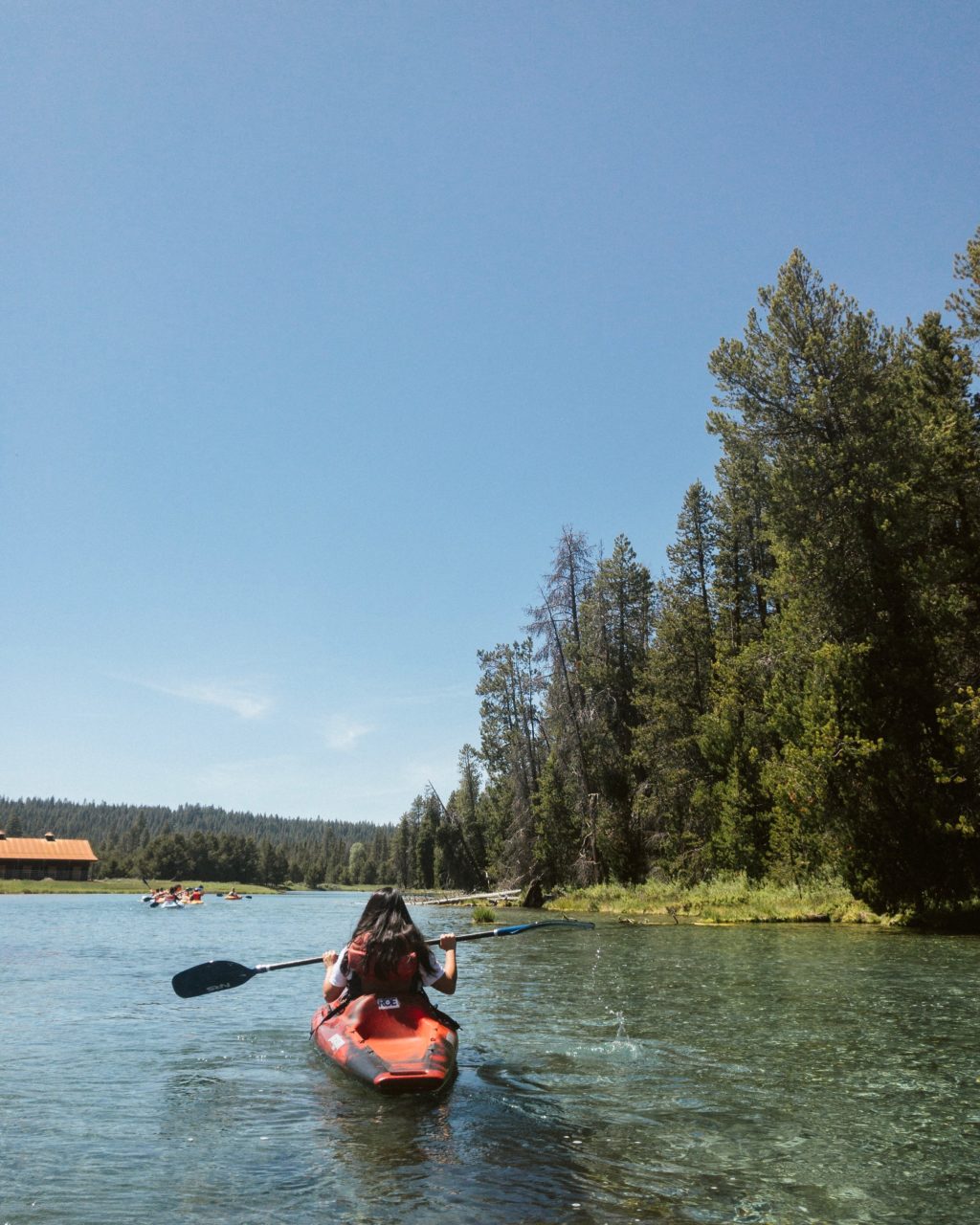 We went kayaking the next day. I fell behind the group early on as my arms became quickly fatigued and nearly lost my oar stopping to swat away mosquitos. I was sure this was the image everyone had pictured when we laughed about my lack of outdoorsy-ness. But I kept rowing, and eventually the crystal clear current helped carry me. 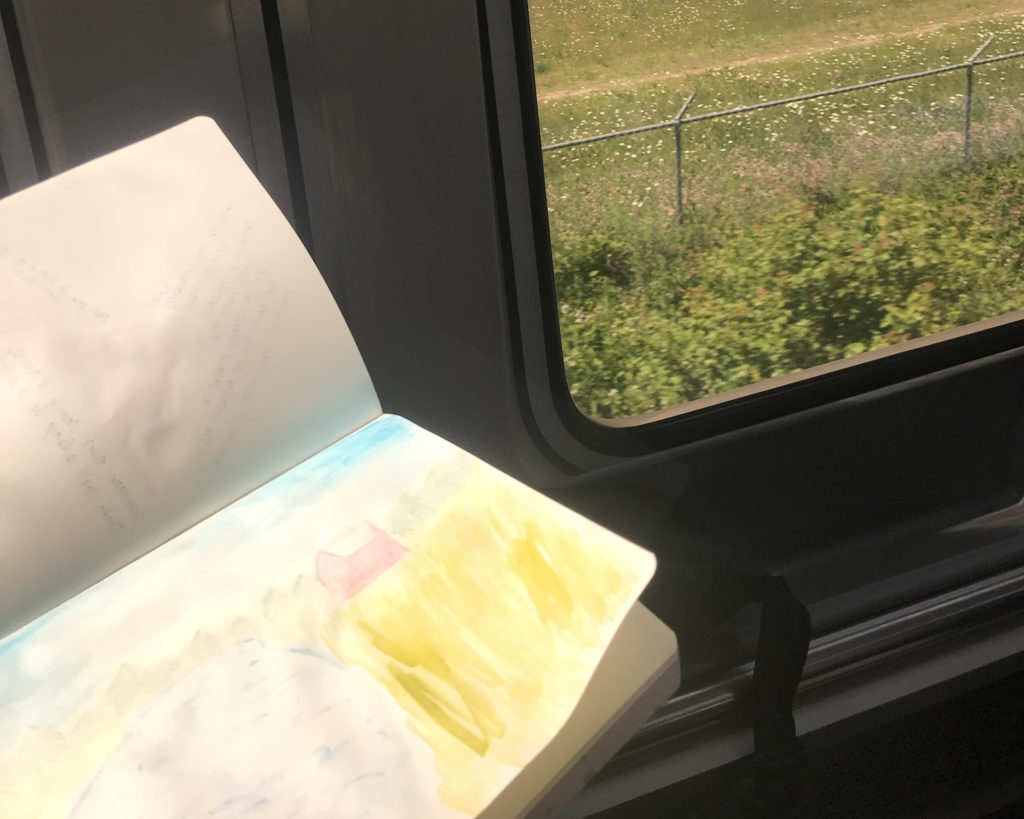 Yesterday, we took a train to our final stop in Portland. Usually, I’m taking pictures of everything and being so concerned about getting the right shot that I miss being *in* the moment. As we past an especially scenic area, I reached for my camera, but decided instead to pull out a set of watercolors and journal my friends had provided us for the trip. While (clumsily) painting, I overheard a man behind me say to another passenger, “Anything is possible. Everything is possible.”

Yes, it is- I thought to myself. Against the odds and everyone’s assumptions, this city girl became a “nature” person. Bug bites and all. 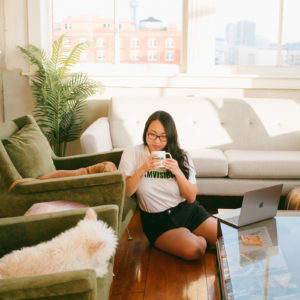