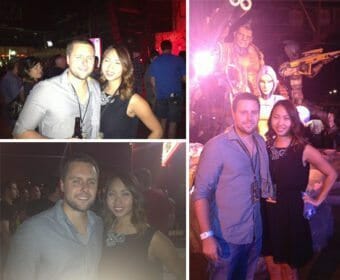 Not gonna lie, I’m kind of a geek. And by “kind of”, I mean the kind that would sometimes choose to stay in and level up her bishop in MapleStory instead of going out to the clubs with friends on the weekends.

That being said, this week was pretty major for me.

You see, at midnight on Tuesday, September 18th, Borderlands 2 launched. Aside from being able to play an epic game, this game release held special meaning for me.

One of my final (and proudest) achievements before leaving my former company, was orchestrating a deal with Gearbox Software to develop licensed merchandise for the video game franchise, Borderlands.

Gaming had become a big company-wide initiative after our successful line of Call of Duty MW3 products. My boyfriend, Holden, is a gamer, too, and introduced me to Borderlands. After doing some digging, I realized that Gearbox was only a 30 minute drive from our office.

Reached out to them through their company website, which led to a face-to-face meeting with the VP of Business Development, eventual partnership, and Borderlands 2 t-shirts in well-known specialty retailers such as GameStop and Hot Topic. (Please excuse the gratuitous plug…)

Although I had started my new job by the time the program really got rolling, I still feel like a slightly possessive & overprotective parent to the project. Luckily, Holden is still working for said former company and designed the hats for the game, so I’m able to live vicariously through him.

So much so, that through him, I was able to get a VIP invite to the official Borderlands 2 launch party last Saturday. I was faced with the dilemma– what does one wear to the launch party for a post-apocalyptic, western, first person shooter/action RGP? Without enough time to throw together a decent Cosplay outfit, I settled on a classic chiffon little black dress from Forever21 (with a cutout back, because gamer girls can be sexy, too)! 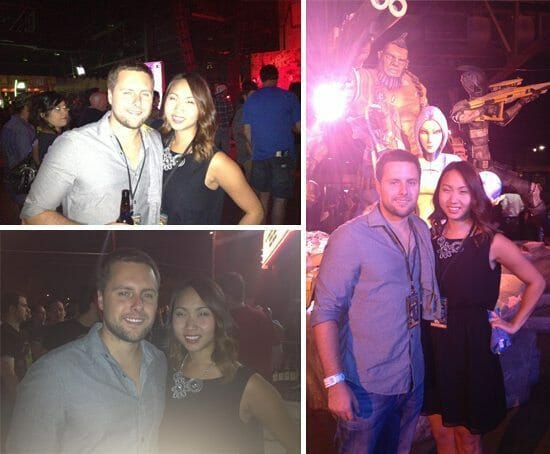 And how’s the game itself, you may ask? There are plenty of legitimate gaming reviewers out there who are RAVING about Borderlands 2, so you can read their detailed opinions. Let’s just say that even though my boyfriend would have gotten a free copy through Steam at midnight, I paid the full $60 to pre-order it, and it was worth every penny (& more!)

I am not a fan of first person shooters (FPS) by any means. My gaming preferences lie within the MMORPG realm. Borderlands 2 combines the best aspects of both. Though my aiming skills leave much to be desired, I’m LOVING all the amazing loot scattered throughout Pandora (the setting of Borderlands 2) and the fast-leveling of the RPG style keeps me motivated.

The thing I love most about the game is the amazing concept art style (also known as cel-shading), and how it is totally different from the typical shoot-em-up games. It kinda makes you feel like you’re in a really f*ed up Disney movie.

In case there are any other fashion/lifestyle/blogging/GAMERS out there who would like to play co-op with my Siren (aka “Maya”) character, please add me on Steam: stephaniedrenka 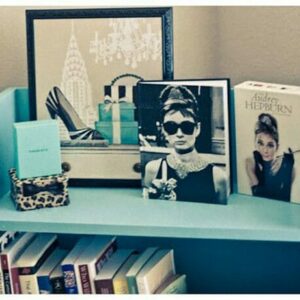