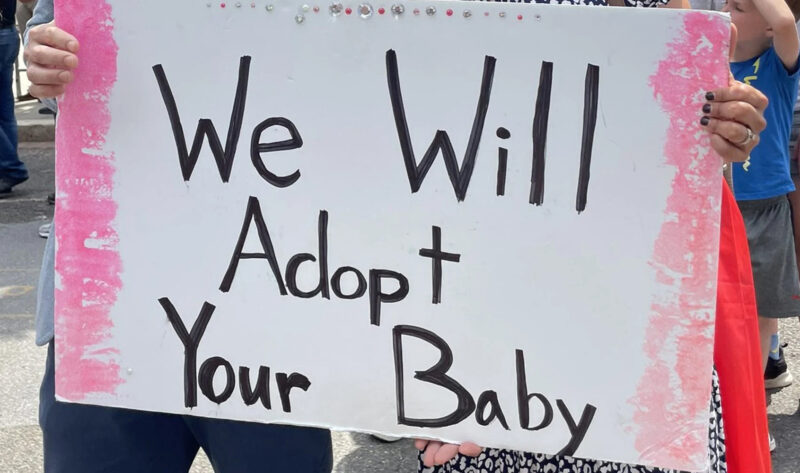 “We will adopt your baby” posts went viral on Twitter only days after the Supreme Court’s decision to overturn Roe v. Wade. Unsettling photos of nightmarish couples were shared en masse, mocking the White hopeful adoptive parents who posed with protest signs bearing the phrase in celebration of the ruling. Advocates from both sides of the abortion debate are quick to invoke adoption to support their views, but neither group seems interested in the experiences of those most impacted- adoptees.

Whether intended as jest or otherwise, snarky quips prodding anti-abortion advocates to foster or adopt as a test of their “pro-life” commitment are misguided and uninformed. This irresponsible argument demonstrates a striking lack of sympathy for the children they would see placed in such dangerous hands and a fundamental misunderstanding about the adoption and foster care systems.

Three of the conservative Supreme Court justices who voted to uphold Mississippi’s abortion ban are adoptive parents. Many people who prayed for the end of legalized abortion are the same ones carrying the “We will adopt your baby” posters. The practice of adoption goes hand in hand with colonialism and White Supremacy or saviorism—undergirded by the belief that parents of color are less qualified or deserving of a chance to raise their children.

It feels like a betrayal. The irony of pro-choice advocates proposing an increase in adoption, a process by which adoptees are stripped of their family connections, history, culture, language… even our names, is not lost on me. I wonder what people so concerned about choice and agency would do without access to their original birth certificates? Or the identity of their biological family members?

Pro-choice adoptees, like myself, often come to this position because we understand—more than most—what it truly means not to have autonomy in the course of your future. We live with the consequences of others’ decisions.

When the “domestic infant supply” language in a leaked Supreme Court decision draft sent shockwaves through Twitter, adoptees (who have been commodified and objectified since day one) were far from surprised.

After all, we’ve watched adoptive parents complain in Facebook groups about our expensive cost. Exclaimed in horror as a fellow adoptee was re-homed by influencers who exploited his story for monetary gain. Declined invitations to adoption fundraisers created by hopeful adoptive parents who would rather collect money to separate a family rather than donate to preserve one.

We’ve seen the writing on the wall and have been shouting into an abyss hoping someone outside our adoptee community would notice and care. But no one listens to props.

Adoptees are often infantilized. We are relegated to a perpetual childlike state, perhaps resulting from the paternalistic narrative of adoption. We are voiceless, visible only when our appearance benefits someone’s political agenda or savior complex. Our pleas are ignored like the cries that emanated from our bodies as babies torn from the arms of our birth mothers.

Maybe if adoptee-written tweets had the online virality of these “funny” #WeWillAdoptYourBaby memes, our lived experiences could have weakened the arguments of anti-abortion advocates and their performative campaigns to save all the “unwanted” children. Adoptees could tell you (have been telling you) that we are four times more likely to attempt suicide than non-adopted people; a powerful statistic to share with people who claim to be “pro-life.”

But in all the talk (and tweets) conflating adoption and abortion, very few have bothered to ask for our opinion. Those of us who do share our pro-choice views are met with responses asking if we would rather have been aborted or stuck in an orphanage. There tends to be an assumption that somehow our identity as adoptees supersedes our autonomy or that an expectation of gratitude should outweigh our humanity. Yes, I was adopted. I am also a woman of child-bearing age who vehemently believes in the right to choose.

Adoptee voices matter, and they could help dismantle a broken system. Please spend time listening to our experiences and learning more about the history of the adoption industrial complex, family separation, and lifelong adoptee trauma. Read between the memes, and you will find our stories. 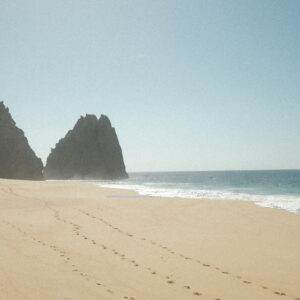