Trying to fit as much as possible into a three-day trip can be a challenge. With so many incredible sights to see in Mexico City, I didn’t want to waste a minute– even for a good meal. The solution? Finding restaurants where we could grab a bite to eat with picturesque views.

This was our first destination after checking into our hotel. I had read about the beautiful view of the Palacio de Bellas Artes from this cafe on the 8th floor of the Sears department store. We were lucky to snag two spots right away and sipped on horchata while taking in the scenery. It was a great first stop, because we could get a bird’s eye view of the city and figure out our next location. They also have free wifi, for any digital nomads needing to answer a few emails in between sightseeing. 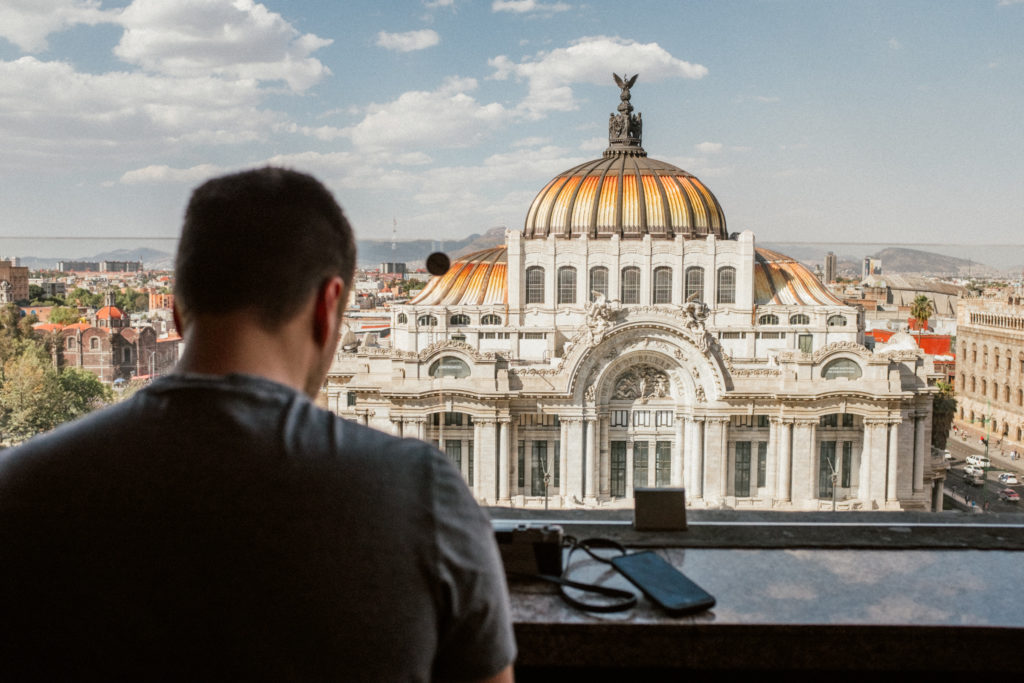 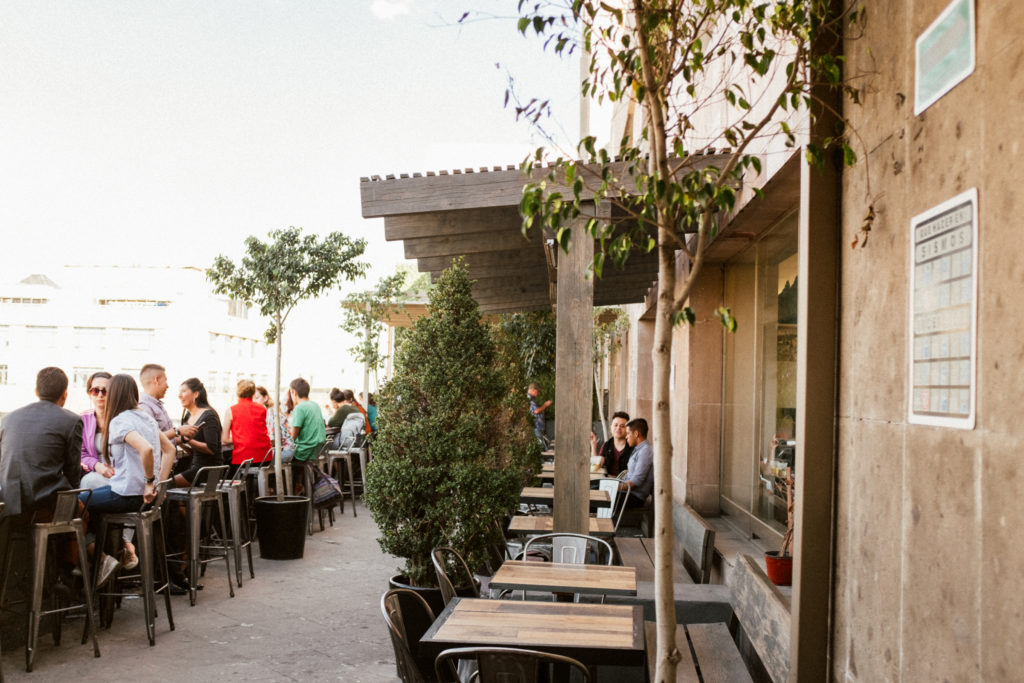 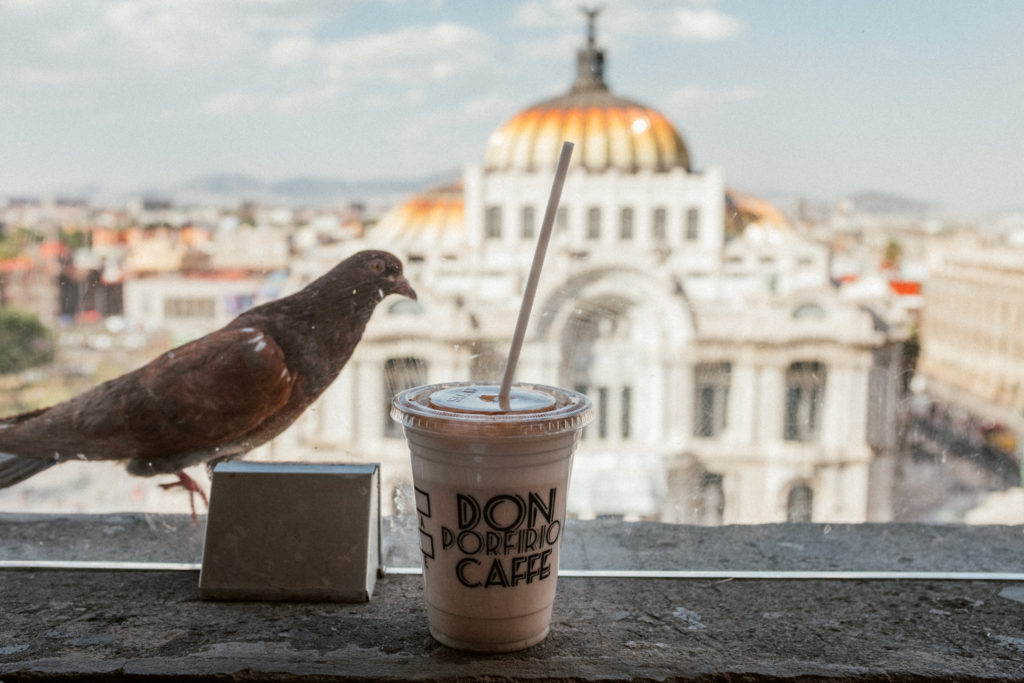 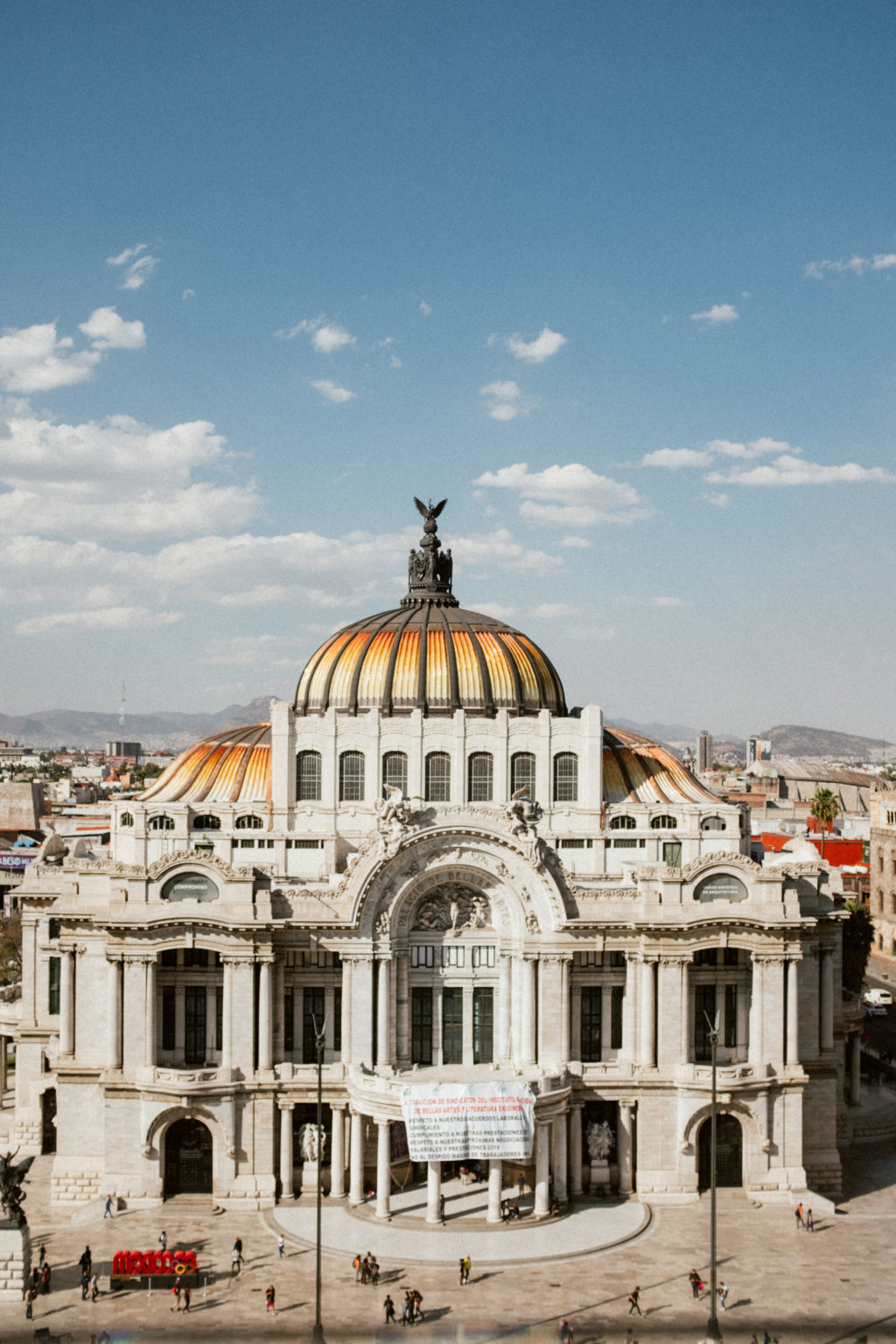 El Balcón del Zócalo was where we chose to celebrate our 5th anniversary dinner and ended up being our favorite spot. Located at the top of the Zócalo Central Hotel, it’s the perfect escape from the hustle and bustle of the crowds with panoramic views. We made reservations easily through OpenTable and had the best seats in the house. I timed our meal with the sunset, and we ordered three courses to make the most of our time. The Poblano Chilli Soup with Charbroiled Vegetables was so tasty, and Holden is still raving about his lobster tail. It was the most expensive meal of our trip, but still only around $115 USD. I would have paid for the priceless views alone, but the delicious food was an added bonus. 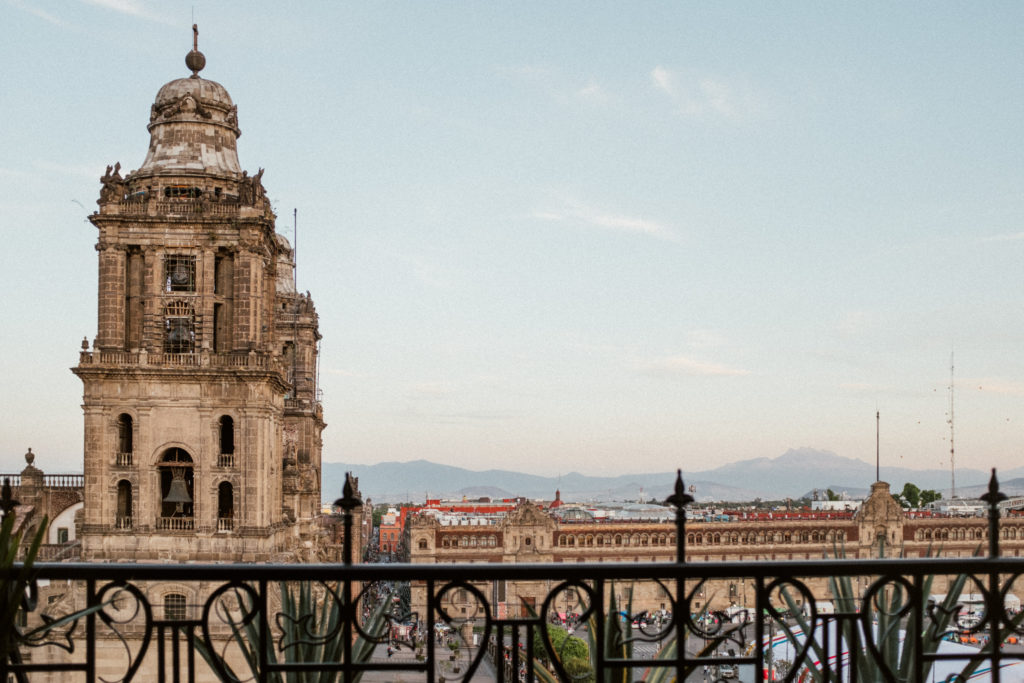 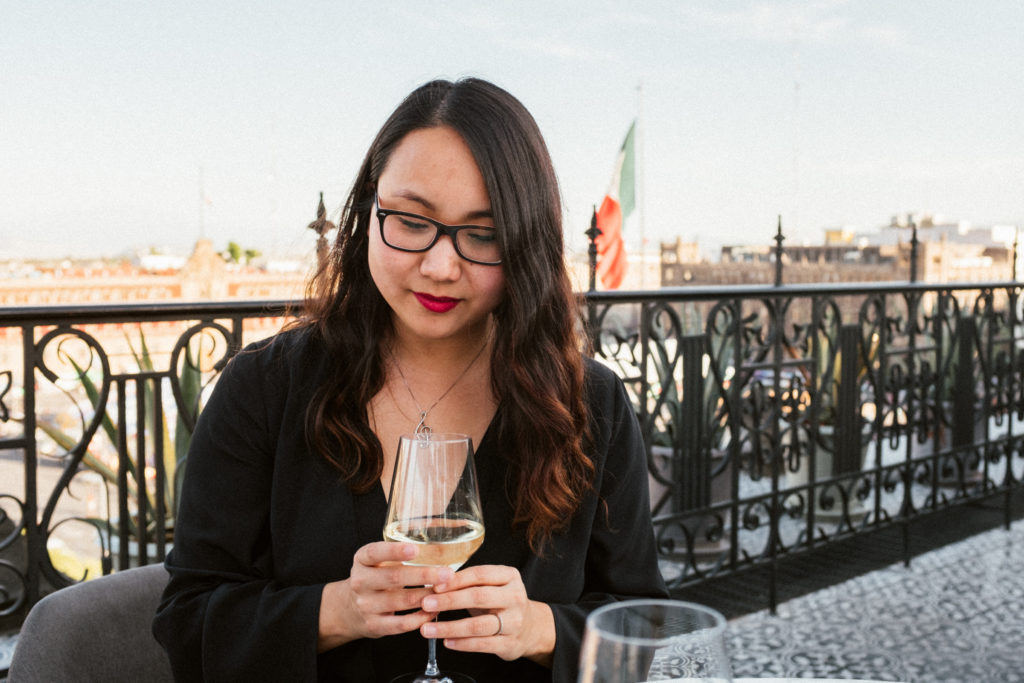 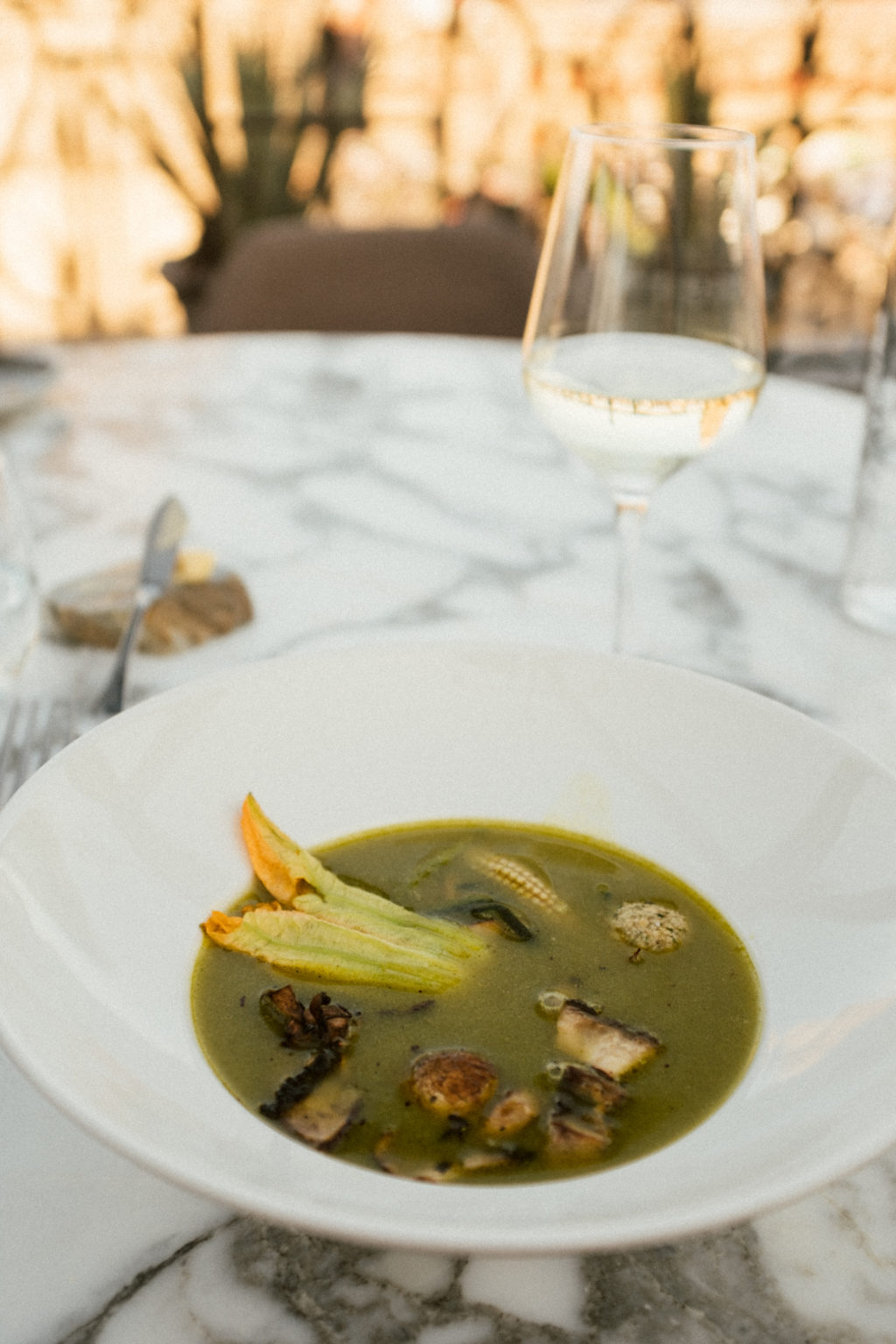 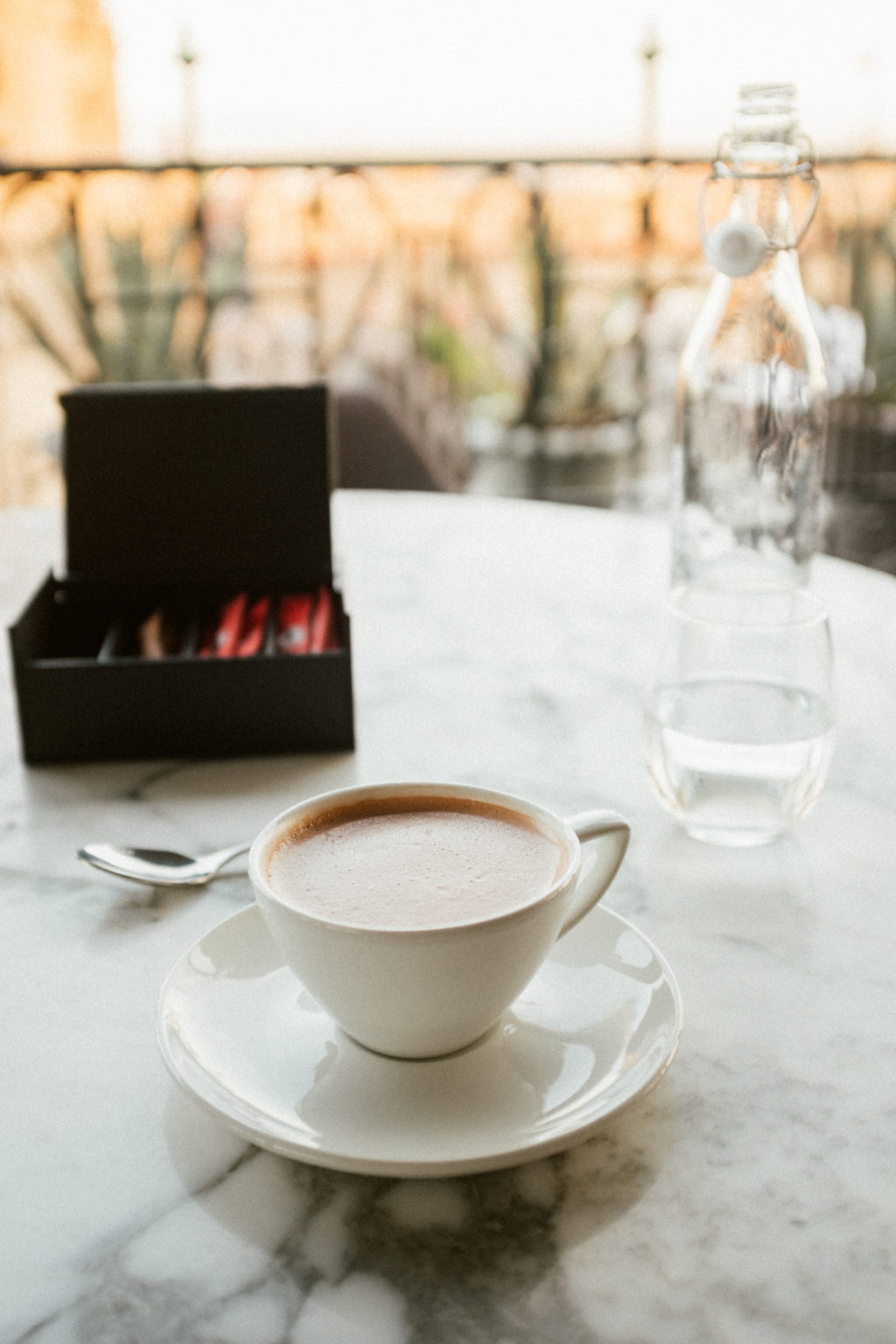 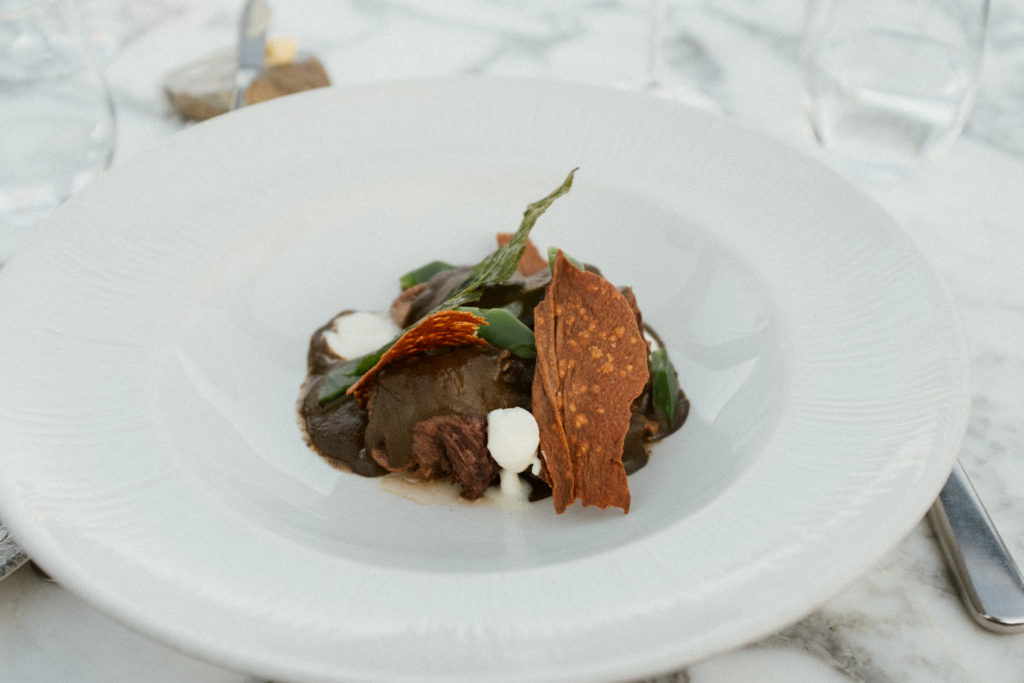 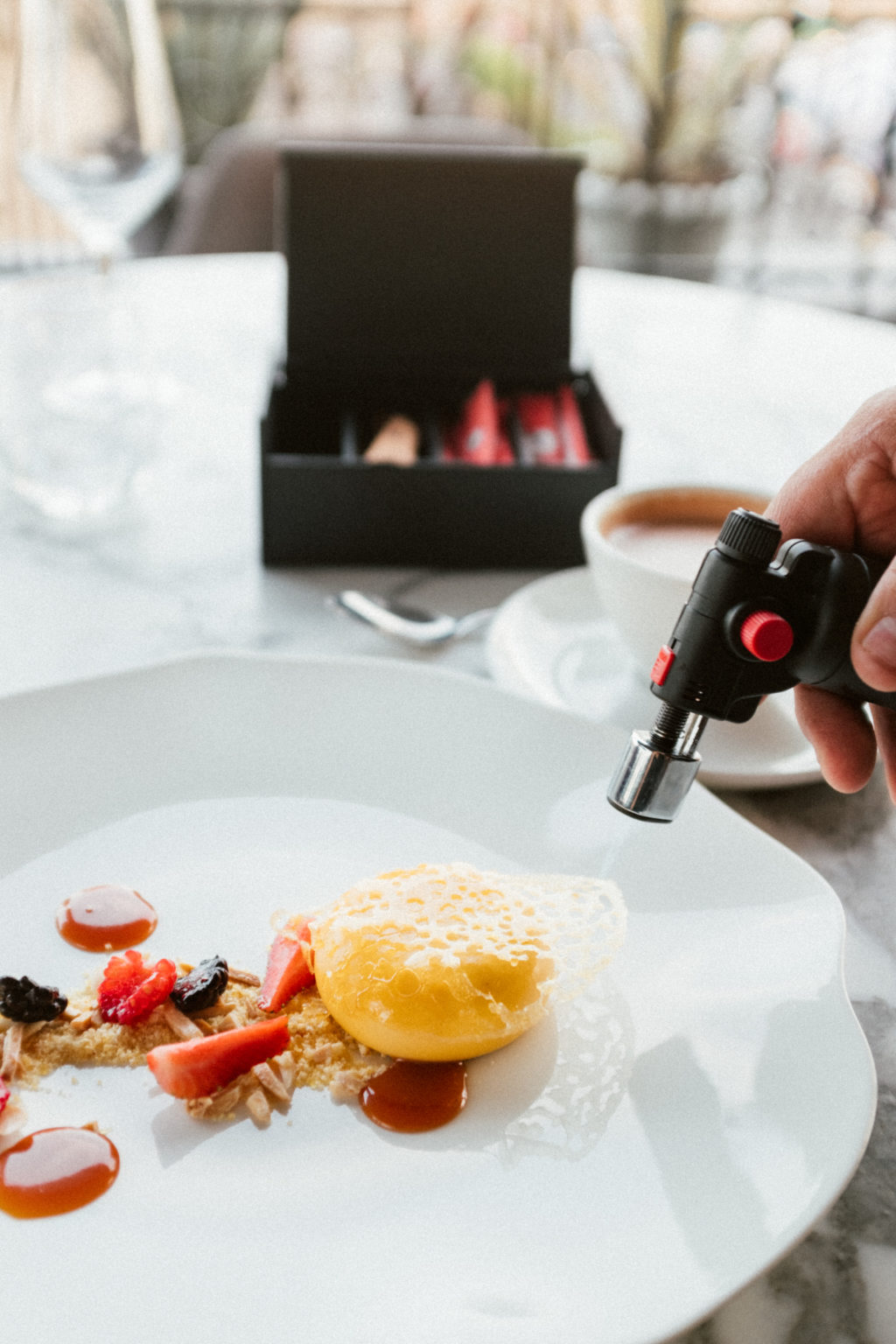 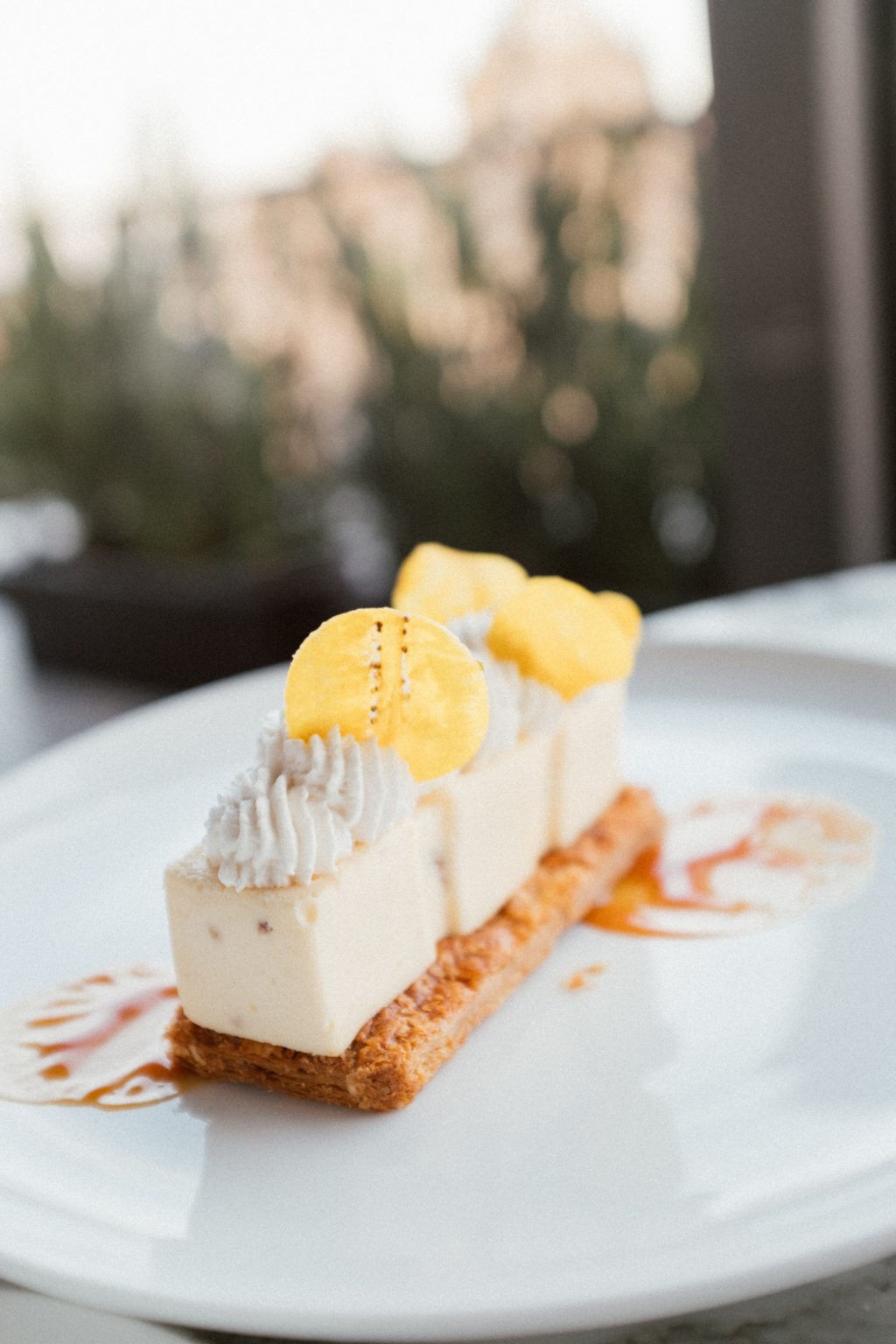 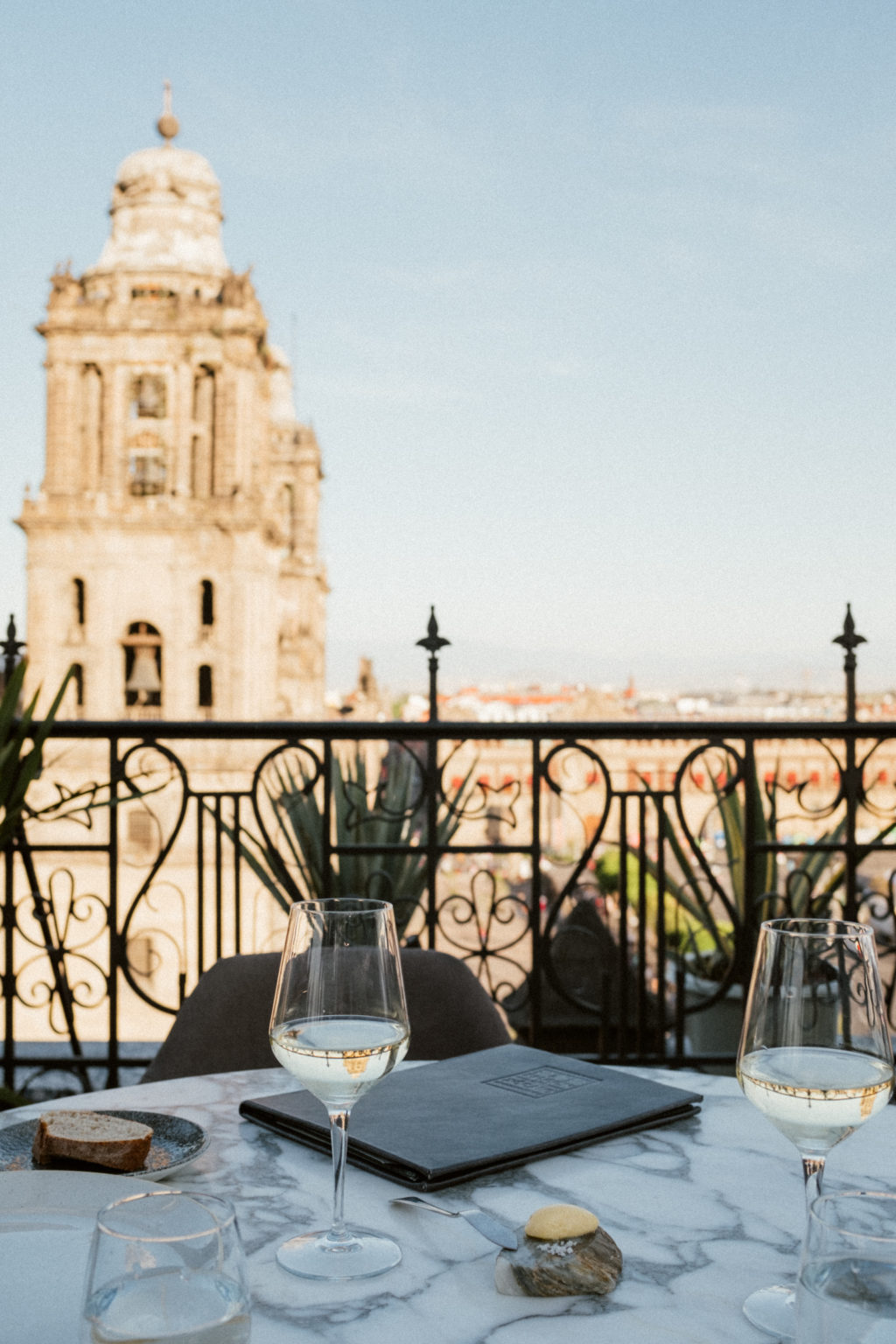 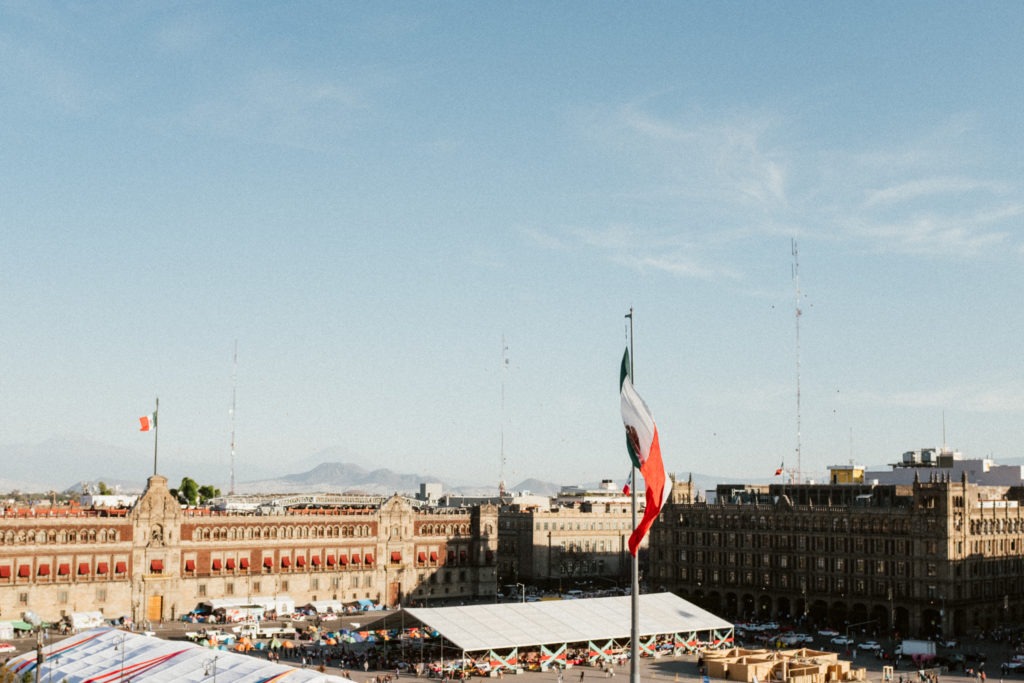 La Casa de Las Sirenas was initially on my “maybe, if we have time” list, but I’m so glad it became part of our official itinerary. We lucked out with an amazing high table during lunch on the balcony, even without having reservations. On the other side of the zocalo, the rooftop terrace of this adorable restaurant has views of Catedral Metropolitana and Templo Mayor. Holden loved his mango margarita, and we both devoured our individual orders of the pollo con mole. 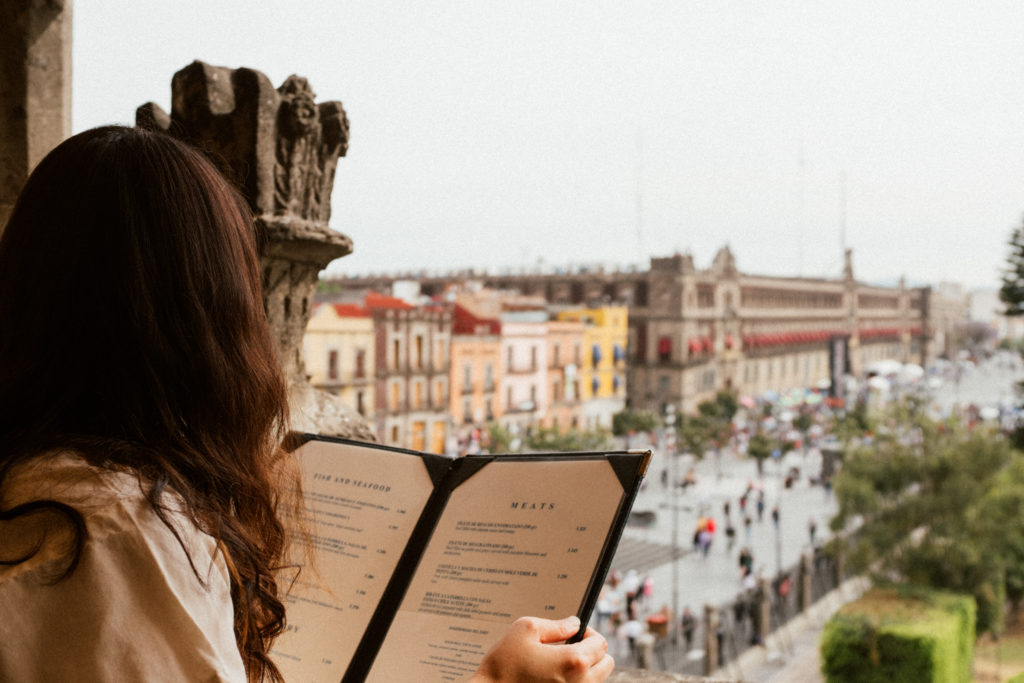 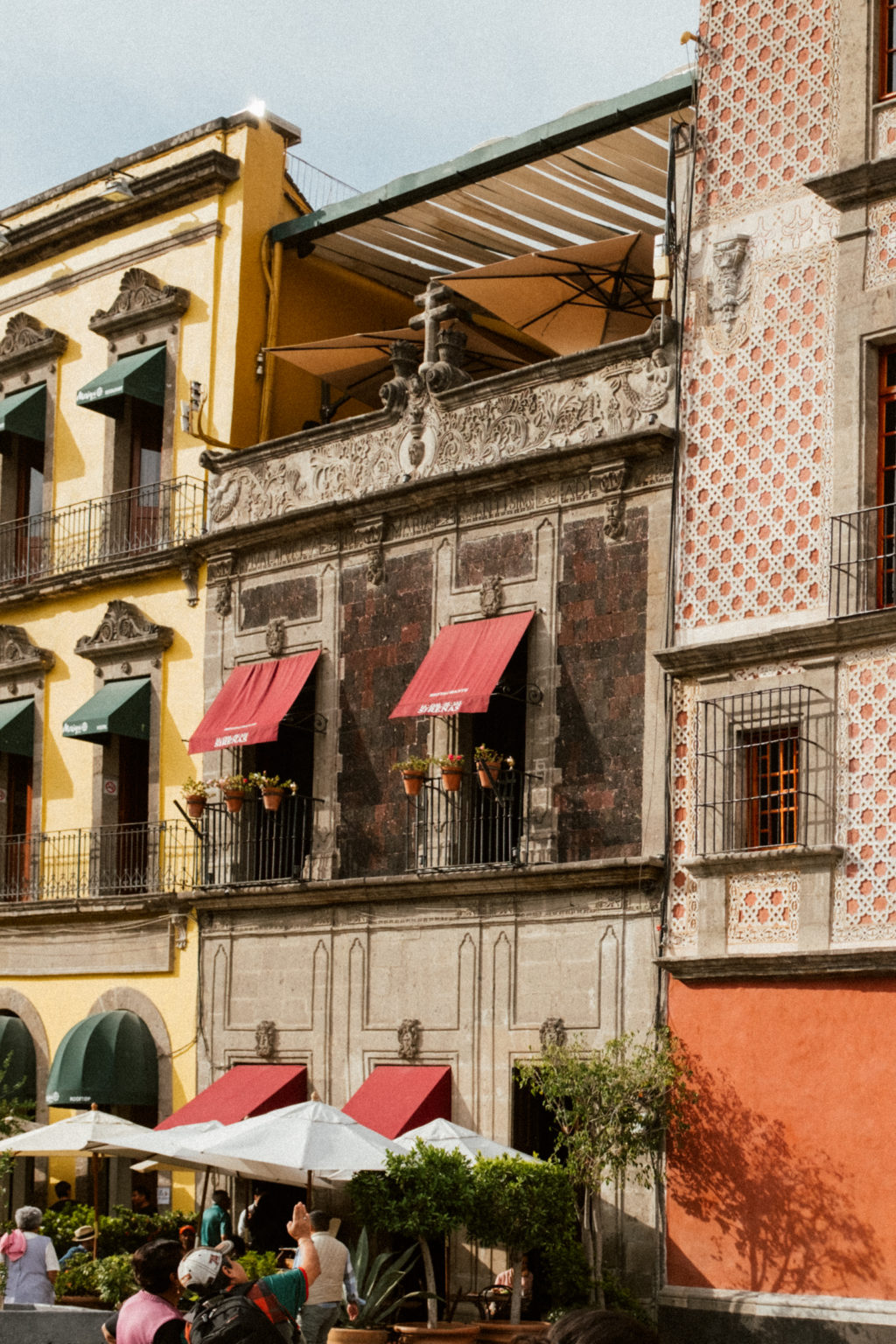 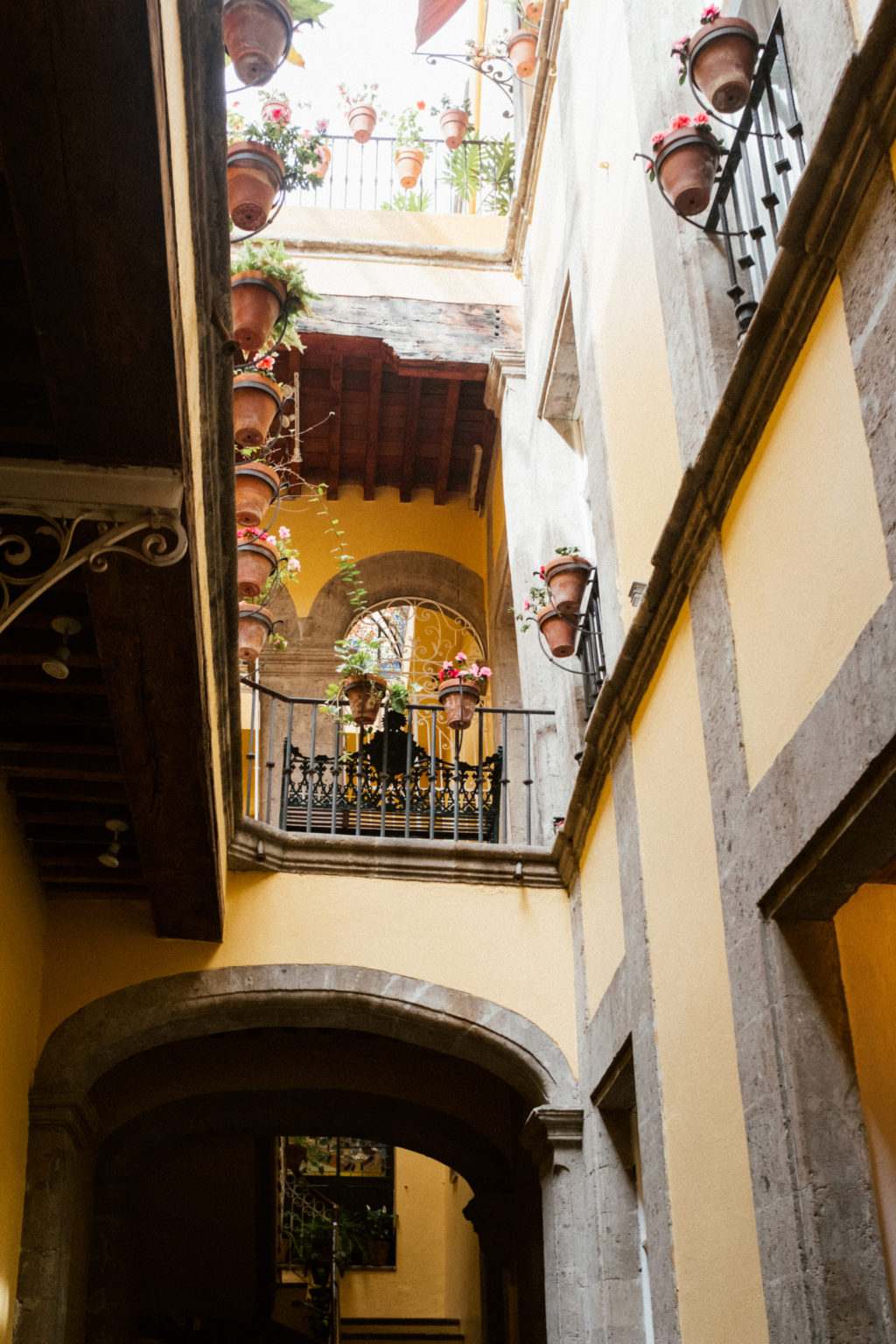 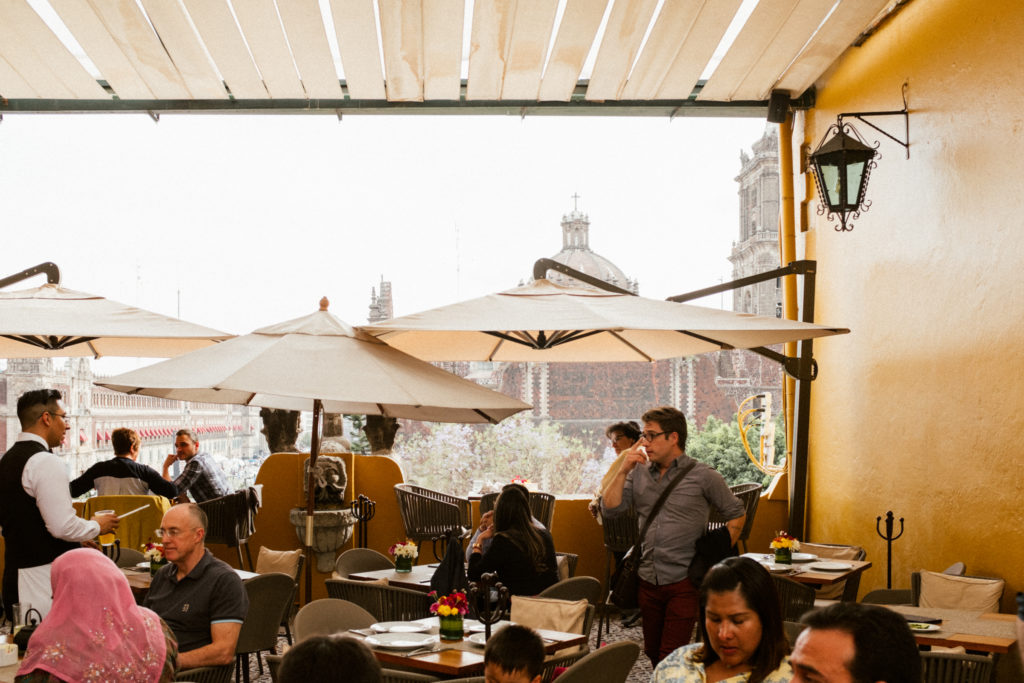 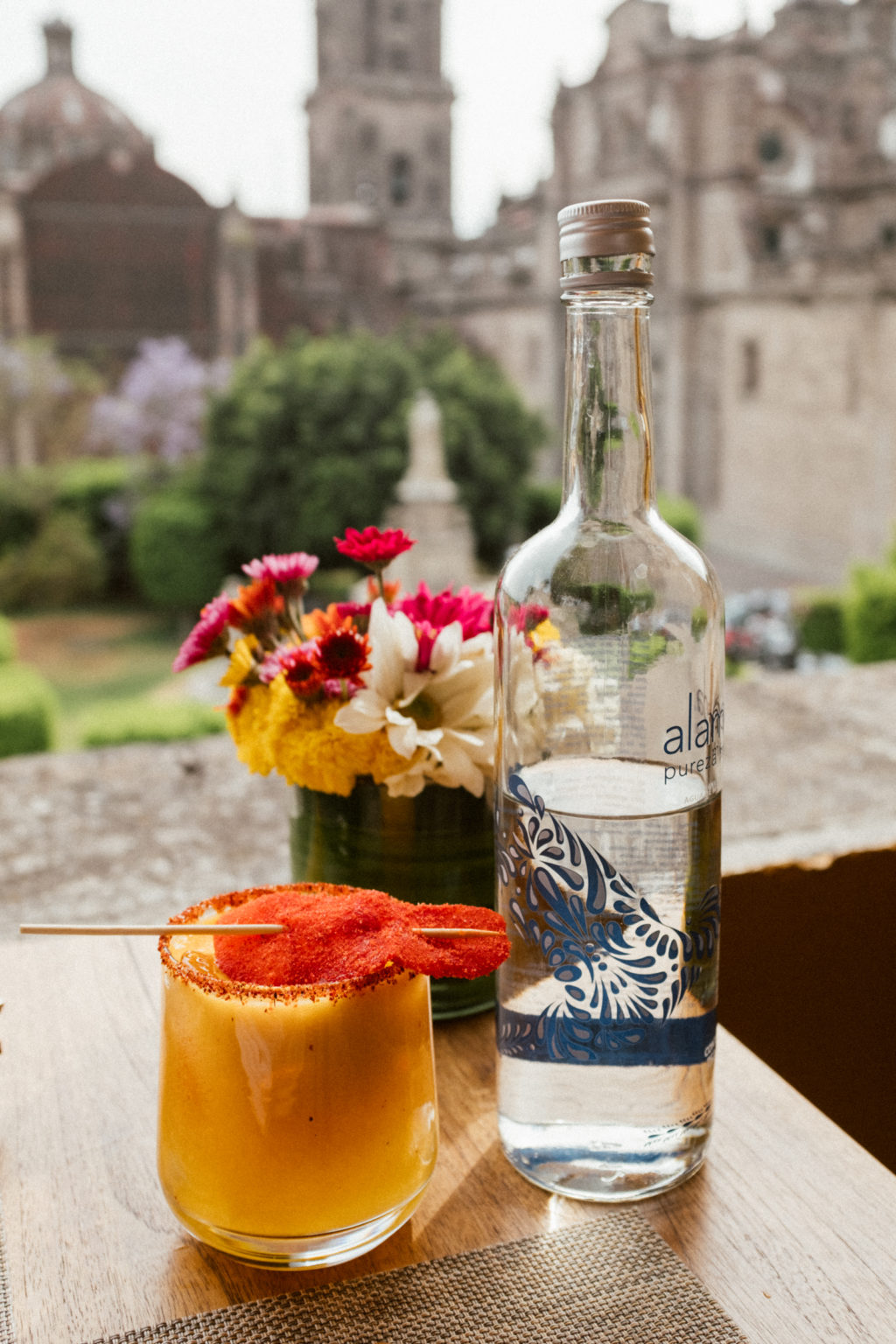 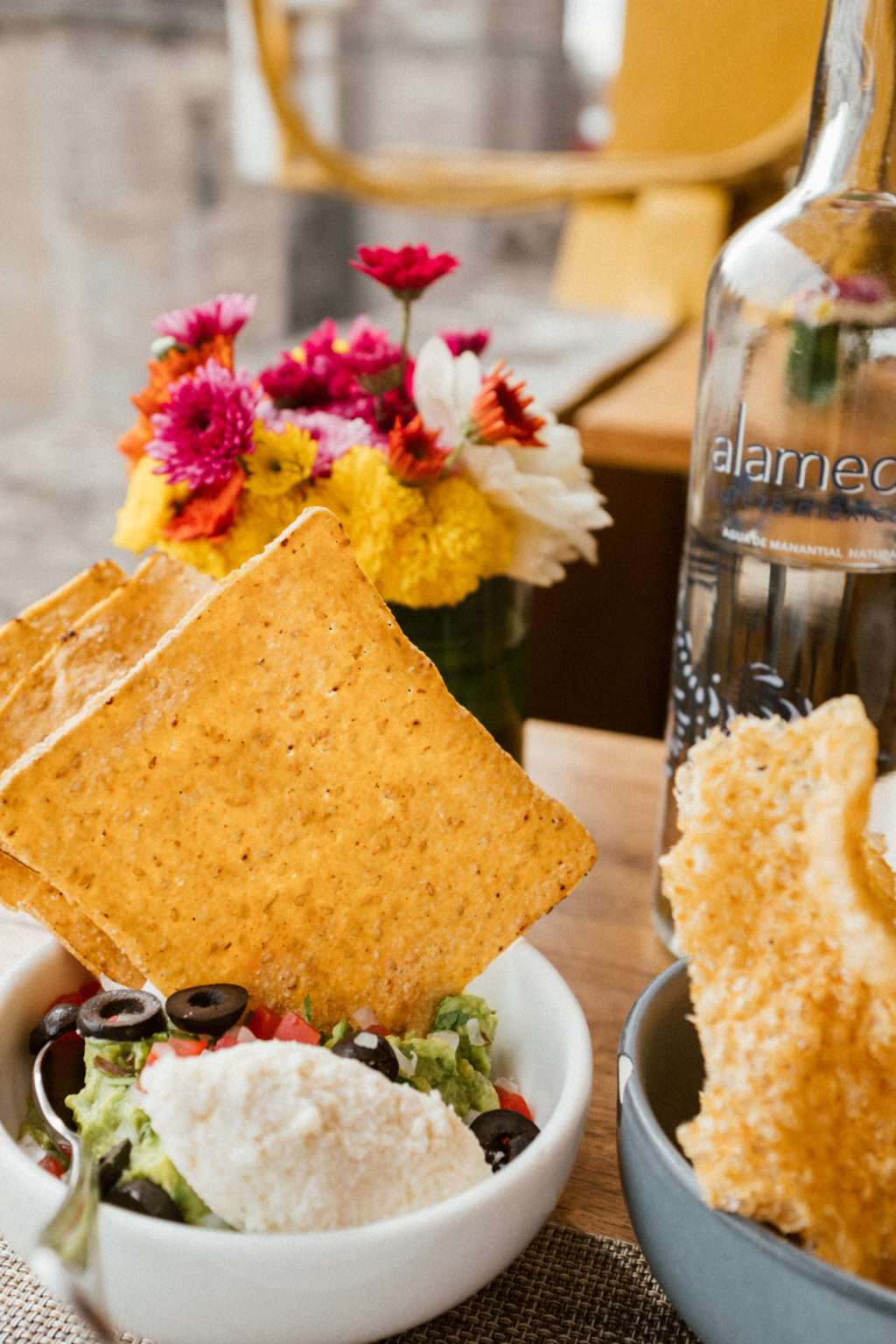 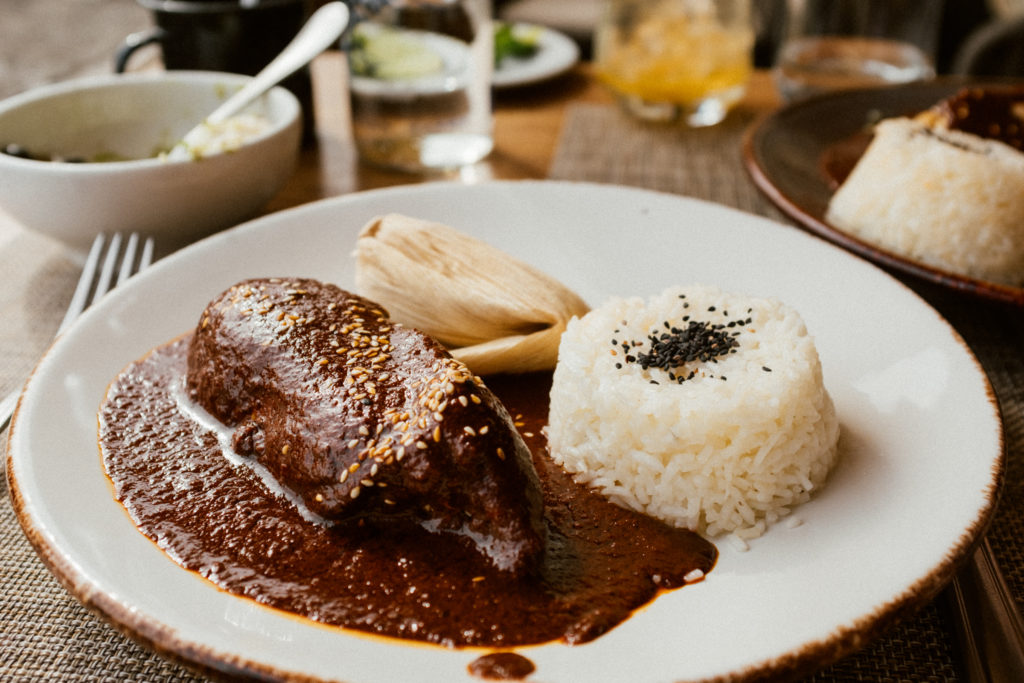 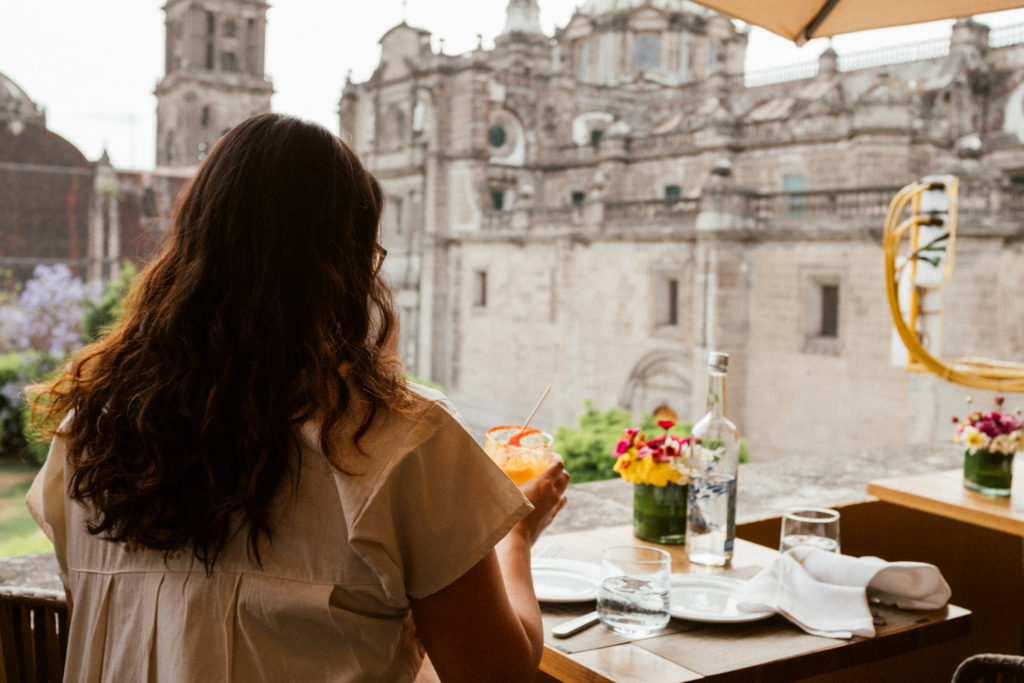 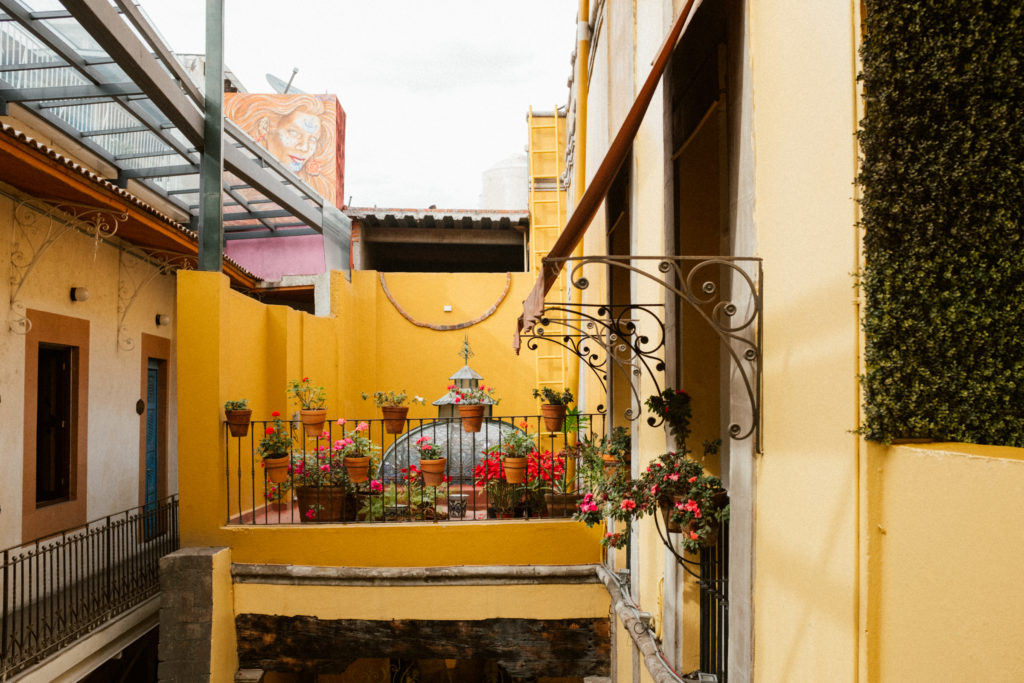 Domingo Santo was the restaurant we frequented the most, since it was conveniently located on the rooftop of our hotel. We had a light breakfast there every morning and also went for dinner and dessert/drinks on separate occasions. I loved overlooking the quaint Plaza de Santo Domingo every day and having a reprieve from the more-crowded tourist areas of the city’s historic center. They didn’t have an English menu, so we relied on Google Translate’s camera function to figure out what we could order. My ribeye was…chewy, but Holden is still raving about his crab tacos. Darn you, shellfish allergy!! Next time, I’d probably forego dinner here in favor of street tacos/tortas and then come to Domingo Santo for dessert. Both the chocolate and caramel volcano cakes were sublime. 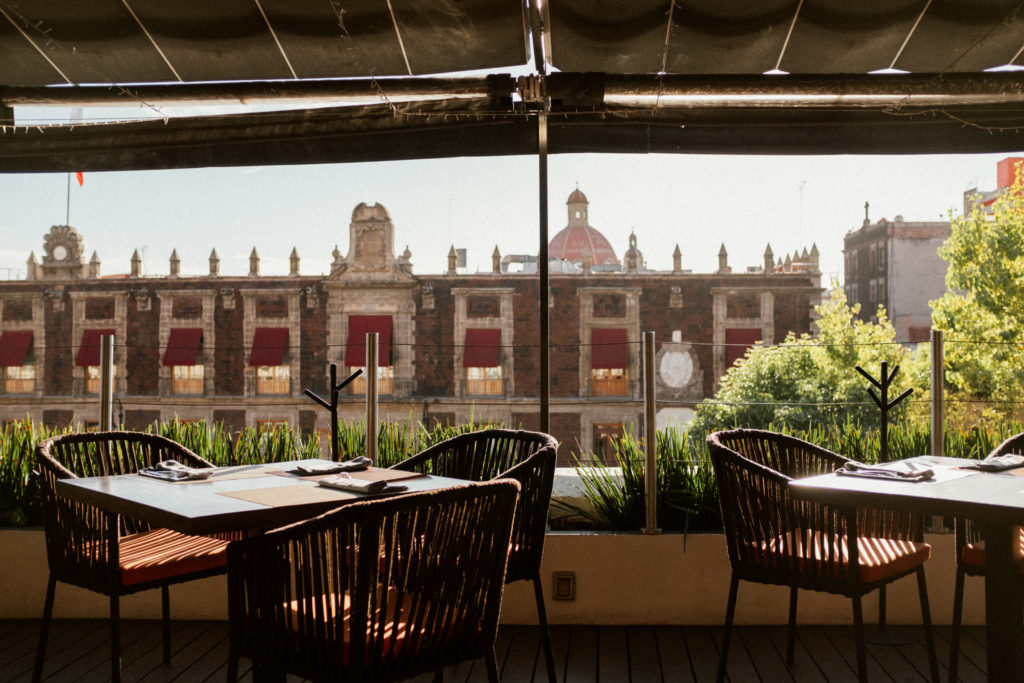 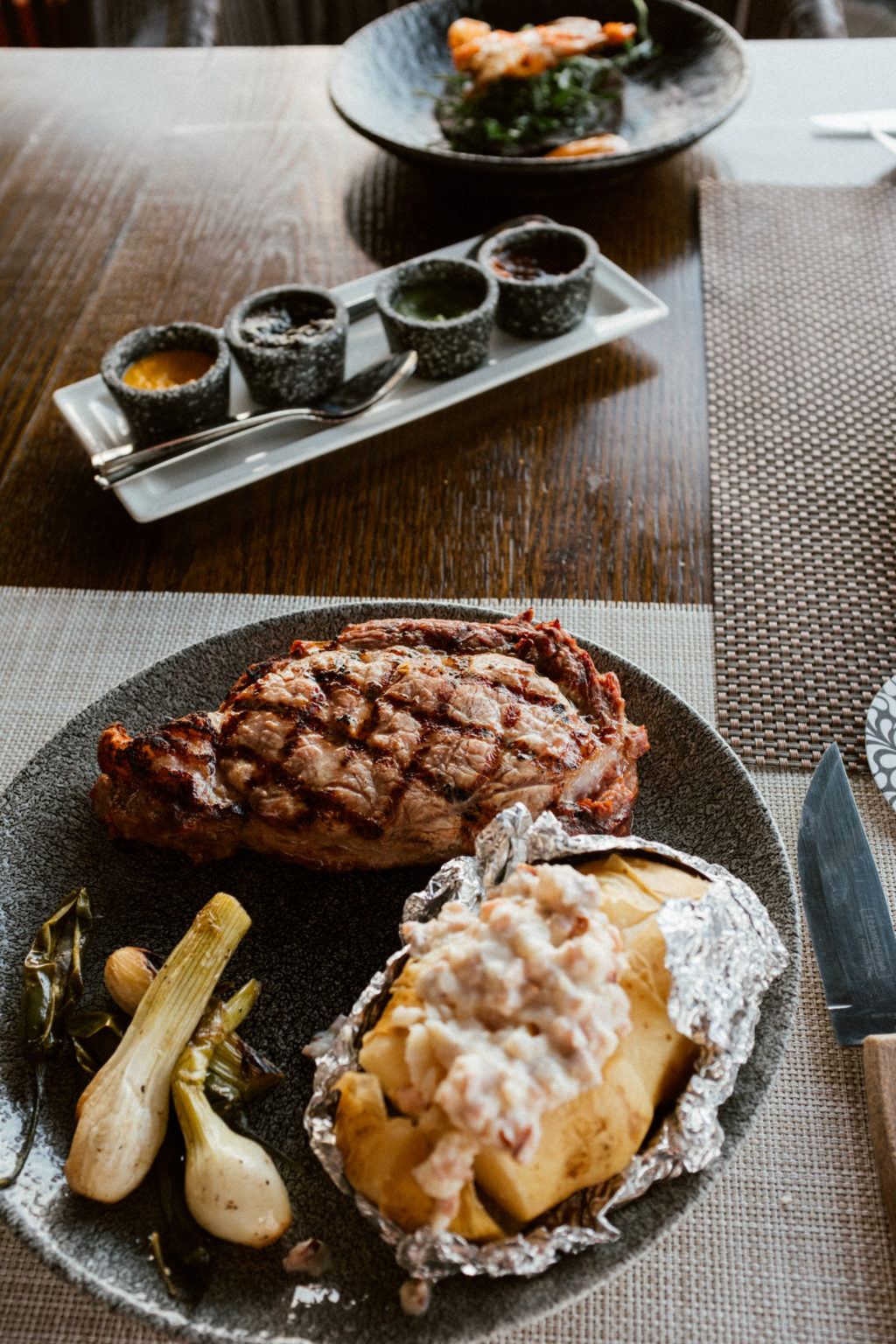 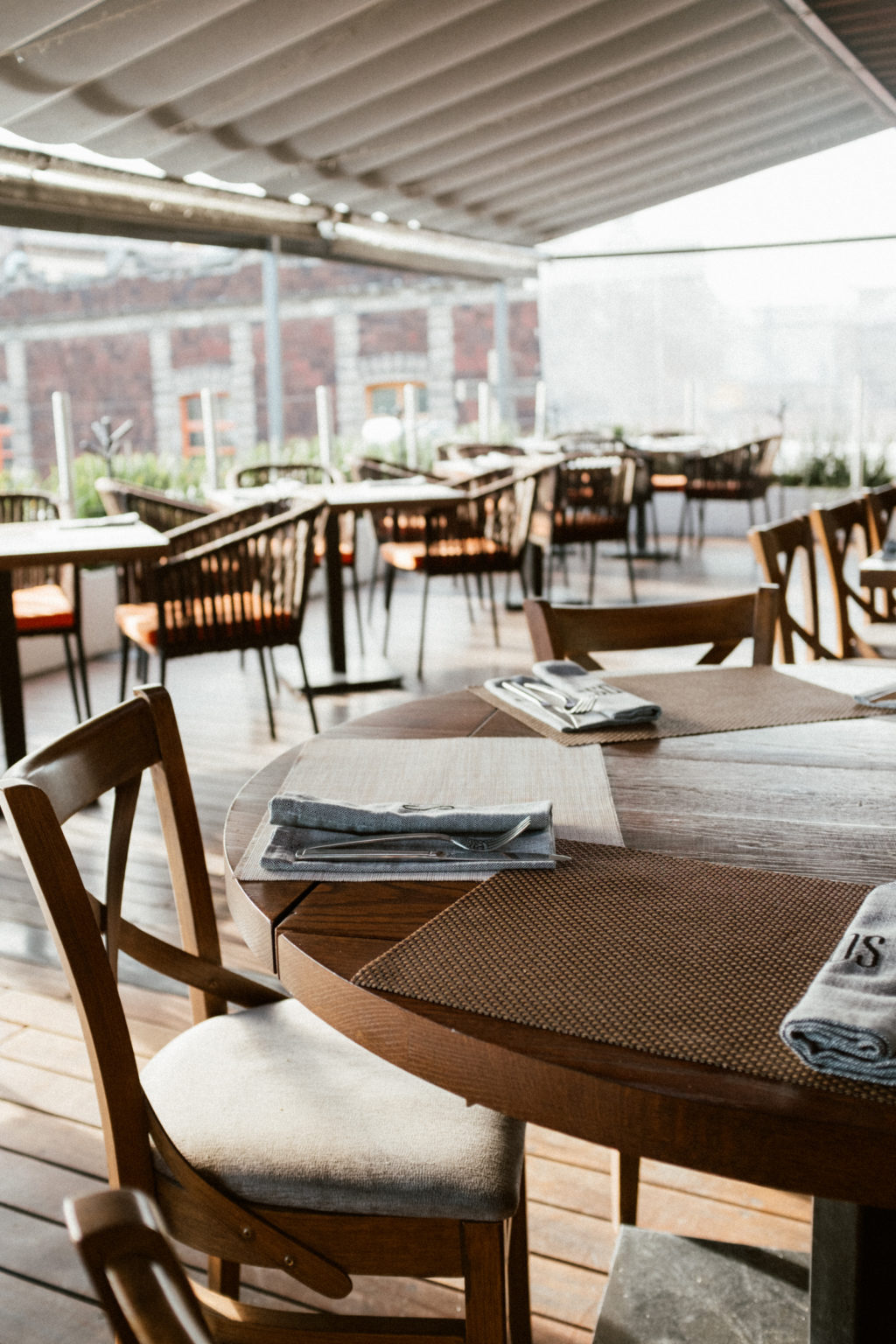 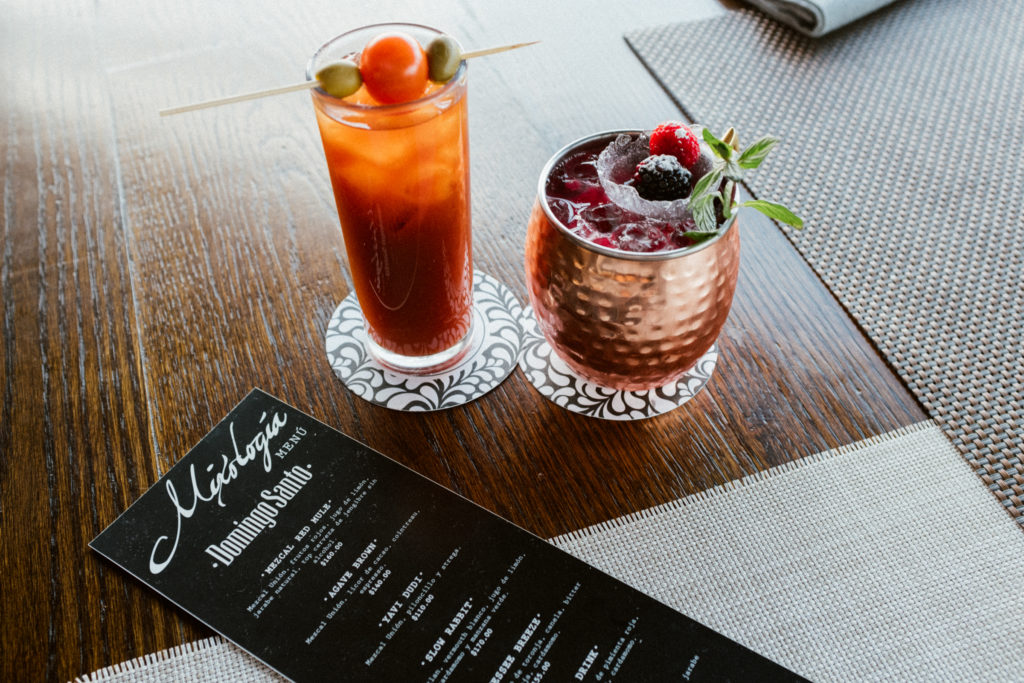 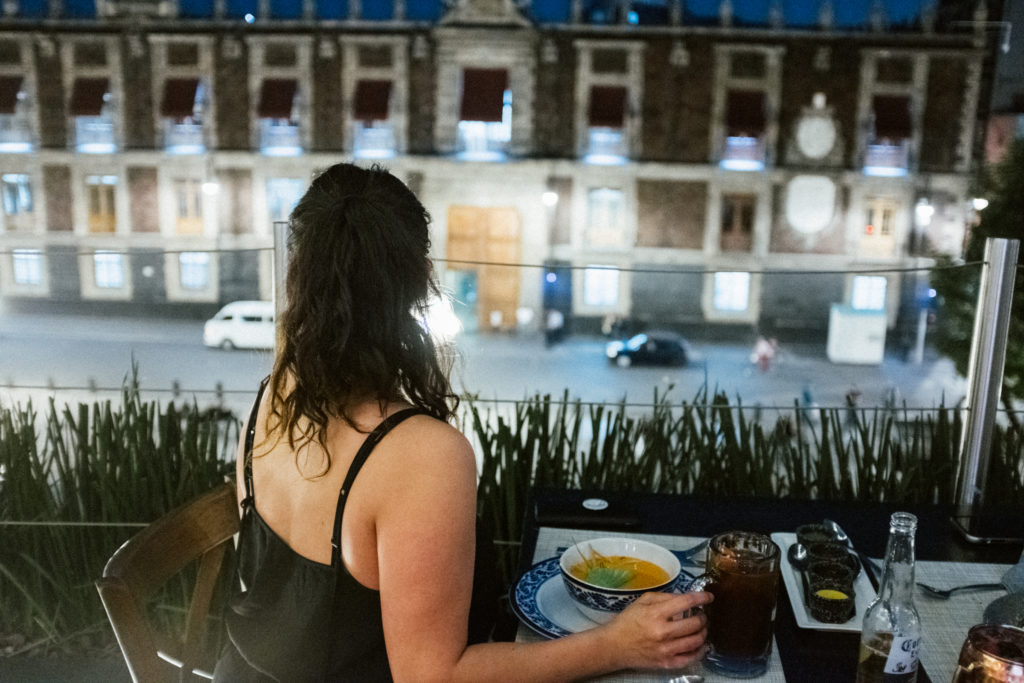 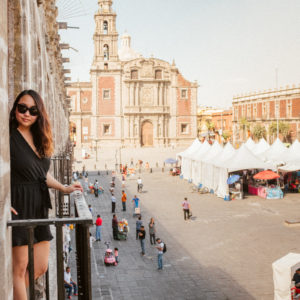 Where to Stay in Mexico City: Domingo Santo Hotel Boutique

too tired for any fancy tricks tonight. just weari