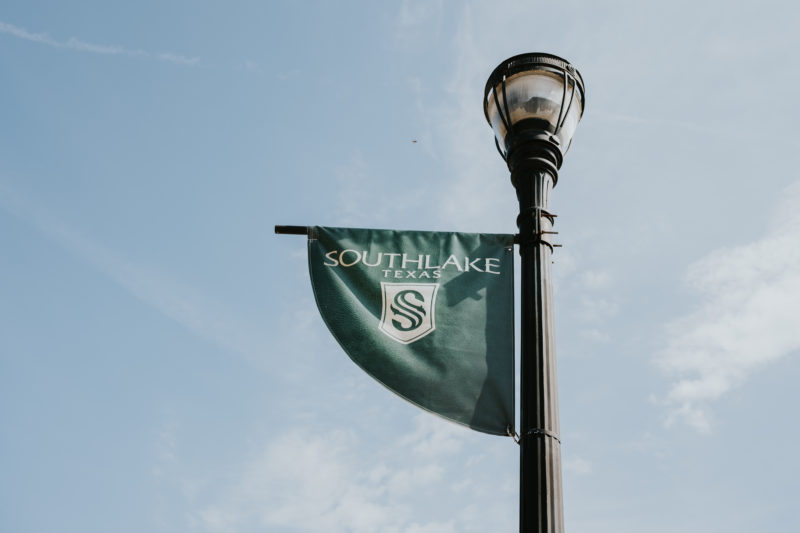 “By the 1860s, there were lots of things around here for settlers to fight- illness, insects, hardship, Comanche Indians, and starting in 1861, the Yankees.” (Images of America: Southlake by Connie Cooley and the Southlake Historical Society)

“Men from the now-Southlake area usually signed up in Grapevine or Denton so they could be in Confederate units with their friends and relatives.” (Southlake Historical Society)

Formerly enslaved Bob Jones was granted freedom by his father and eventually became one of the largest landowners in the Tarrant-Denton county area, with somewhere between 1,000-2,000 acres to his name.

Because Bob Jones’ grandchildren were unable to attend White schools in Southlake due to racial segregation, he built Walnut Grove Elementary School on his property for them around 1920.

“By the time Southlake was incorporated in 1956, Bob Jones’ land had all been claimed through eminent domain – and half of it was underwater.” It was used to build Lake Grapevine. (@dallasnews)

Bob Jones’ sons Jinks and Emory owned a restaurant on State Highway 114 and White’s Chapel Road in Southlake. “When their café opened in 1949, it quickly evolved into one of the first integrated restaurants in Texas.”

Fast forward… because since its incorporation, Southlake has been predominately White (by design, with socioeconomic status as a proxy for race), and their historical society has a bunch of fluff on their timeline:

November 8, 1996: “School Board President Buddy Luce also did his best to calm a situation that grew out of control after Gillum declined to attend a group meeting with several African-American parents.” (@startelegram)

Shout out @LuceLaw! Fighting the good fight for decades <3

March 18, 2006: “Choosing who gets to flip, kick and jump on the sidelines can result in a community uproar anywhere and often degenerates into bitter accusations of favoritism, cheating and racism.” (Cheerleading Squabble Not Unusual, @startelegram)

Personal anecdote: There was also the time in 2001 when our theater dept did “A Funny Thing Happened on the Way to the Forum,” which was super cringey and included 2 White girls dressed up as Asian geishas. I was “Tintinabula” and quickly realized my future was not on Broadway…

September 3, 2009: “CISD will not interrupt our planned scope and sequence to show [Then-President @BarackObama‘s] speech live in classes Tuesday.” (@startelegram)

That’s when I wrote a letter to the editor of the Southlake Journal (and the Southlake Times… rookie mistake pitching to two outlets simultaneously. YIKES) and shared some of my experiences with racism at @Carrollisd. (@startelegram)

Unfortunately, the letter made things difficult for my mom-who was working in the district at the time-so I decided to focus my activism elsewhere.

One of the darkest moments in Southlake’s history, when the plaque commemorating my neighbor Frank Cornish IV was vandalized. “The plaque bearing Cornish’s name had an expletive, the letters KKK and a racially charged message carved across it.

November 6, 2018: “When a video surfaced showing @Carrollisd students repeatedly saying a racial slur, community members spoke out at a recent meeting of the district’s board of trustees.” (Viral Video Prompts Diversity Plan in Carroll ISD https://www.nbcdfw.com/news/local/viral-video-prompts-diversity-plan-in-carroll-isd/262495)

November 27, 2018: “First it was a mom-to-mom conversation and then on Tuesday night, Southlake dads had their turn to talk about healing racial divisions.” (Southlake Dads Discuss Healing Racial Divides Over a Beer and a Handshake https://www.nbcdfw.com/news/local/southlake-dads-discuss-healing-racial-divides-over-a-beer-and-a-handshake/261257/)

July 15, 2020: “More than 300 personal accounts of racism were submitted to the @SouthlakeARC, prompting promises for action from @Carrollisd“

August 3, 2020: “Leaders of the Carroll Independent School District on Monday delayed implementing a detailed diversity plan, which a committee recommended after nearly two years of work.”

May 10, 2021: “Three years ago, a video went viral of a group of teenage students chanting the n-word at a party in Southlake. Now, as the school district tries to incorporate cultural awareness into the curriculum, a group of parents is fighting back.”

If you haven’t listened to @Mike_Hixenbaugh & @ahylton26‘s “Southlake” podcast for @NBCNews, drop everything and download all 6 (+ one bonus) episodes. It will pretty much catch you up to speed on the rest:

Such irony that Southlake @Carrollisd is making history by trying to remove it from their classrooms. We know which side of it they are on.

This isn’t the first time parents have tried to censor reading materials in @Carrollisd. In the 1990s, “a parents group in #Southlake attacked the Angelou book [I Know Why the Caged Bird Sings] as “pornographic” and full of “gross evils.” (@dallasnews)

In 1995, the Southlake @Carrollisd school board also voted 4-3 to pull WWII book “The Last Mission” from library shelves. (@startelegram)

“They overruled a decision by school librarians, teachers and administrators that the book should remain in the library because it is historically accurate and acclaimed by book reviewers nationwide.” (@startelegram)

Harry Mazer, author of “The Last Mission,” wrote a letter to the @startelegram editor about @Carrollisd removing his book. “When we remove books from school libraries, we deny our children the right to read and judge and form their own opinions.”

Judy Brown, librarian at @Carrollisd High School at the time, said that she hoped “The Last Mission” would be returned to the middle school’s shelves before she retired that summer. (@startelegram, May 26, 1995)

“I wanted them to understand the difference between selection and censorship. I know they heard, but I’m not sure they understood.” – Judy Brown (@startelegram, May 26, 1995)

“Trustees later voted to put the book back on the shelf after a public outcry against the ban” (@startelegram, February 20, 1998)

This is why speaking out against injustice matters. Don’t let @Carrollisd (or Texas, for that matter) get away with implementing #HB3979.

During that time, @Carrollisd‘s school board also set up a process for parents to complain about books/instructional material they find objectionable– for their own children, but “that right of determination does not extend to any other students.” (@startelegram, March 1996)

“@Carrollisd High teachers said they were also relieved that the community had voiced a desire to uphold academic freedom.” (@startelegram, March 1996)

A 1997 @startelegram article reported that @Carrollisd “does not yet have an African-American in its teaching ranks.” (“Race Issue Shadows Carroll”, October 10, 1997)

Until 1993, after a @Carrollisd High School student filed a lawsuit against the district, students were instructed at pep rallies “to bow their heads for a prayer.” (Del Rio News Herald and @startelegram)

Southlake parents in 2007 complained that @SouthlakeDPS officers were “resentful of Southlake residents because of their perceived wealth” and “let that get in the way of their jobs” ??‍♀️ (@startelegram, September 27, 2007)

In 2002, a preliminary look at numbers in the @SouthlakeDPS showed that the percentage of minority drivers ticketed during the few months prior to data-collection was “slightly higher” than the city’s minority population of 8 percent. (@startelegram)

Back in 2002, @Carrollisd administrators and parents debated whether “The Adventures of Huckleberry Finn” (which uses a racial slur for Black people more than 200 times) should be required reading. (@dallasnews, August 18, 2002)

“@Carrollisd formed an eight-member committee of parents, teachers and administrators to review the complaint. No Black people were on the committee.”

“The group decided Carroll parents who objected to the book should pull their students from classrooms assigned to read it, rather than pulling the book off the selection list.” (@dallasnews, https://www.dropbox.com/s/z4t6j02w13etzzy/Southlake-Huck-Finn.pdf?dl=0) 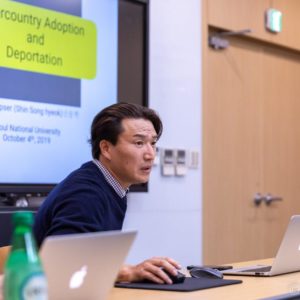