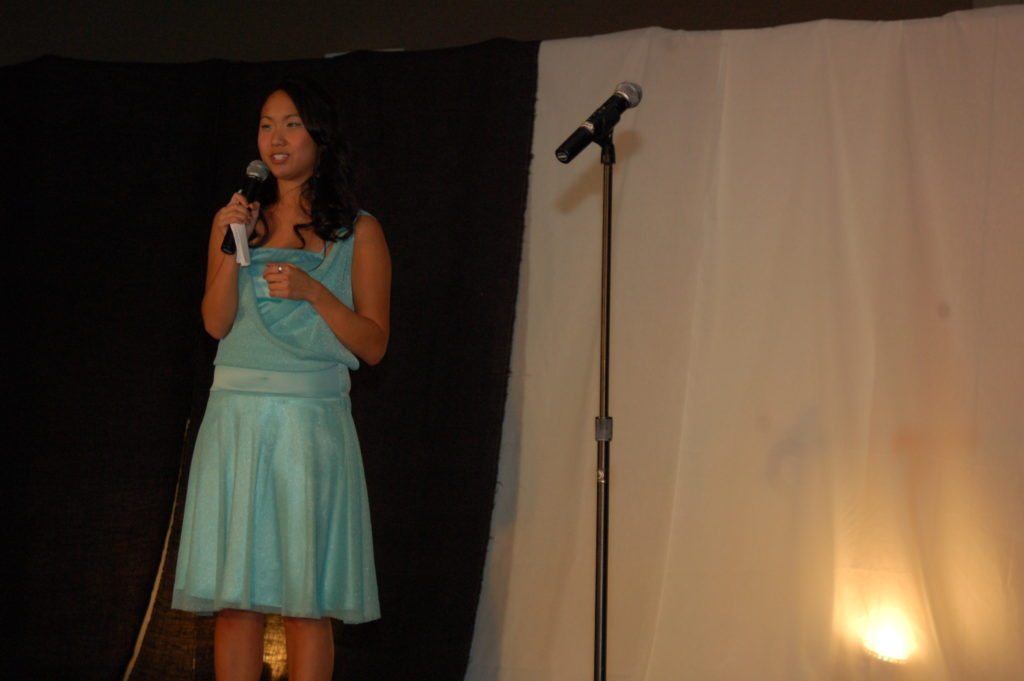 I was rifling through my old email inbox the other day (aka littleasianeyes@gmail.com), and stumbled upon the speech I wrote for my college organization’s annual cultural show in 2007– which took place during Asian Pacific American Heritage Month. Since it’s May, and many of the things I spoke about still affect our community, I figured it might be worth posting here. (And I was also too lazy to write an entirely new post about the month).

For those of you who met me post-DePaul, here’s a glimpse at what college Stephanie was all about…

May has been designated as “Asian Pacific American Heritage Month.”

The concept of Asian Pacific American Heritage month was introduced in a house resolution proposed by Representatives Frank Horton and Norman Y. Mineta. The resolution asked for the president to proclaim the first ten days of May as Asian Pacific Heritage week. Senators Daniel Inouye and Spark Matsunaga also proposed a bill in the Senate.

Both resolutions were passed and on October 5, 1978, President Jimmy Carter signed the resolutions and declared the annual celebration.

It was not until the year 1990 that President George H. W. Bush expanded the “week” into its own month.

The particular month of May was chosen because it was in May that the first Japanese immigrants arrived in the United States way back in 1843. May also marks the completion of the Transcontinental Railroad in 1865 which would not have been possible had it not been for the labor and toils of Chinese immigrants.

So there you have it…the origins of Asian Pacific American Heritage month. But what does it really mean? Why heritage and not history, like Black History Month or Women’s History month?

The Oxford English Dictionary defines “heritage” as that which has been or may be inherited; any property, and esp. land, which devolves by right of inheritance. Asian Pacific American Heritage month brings to light that which we have inherited by virtue of being Asian American.

Most of us were not taught the history of Asian Americans in school. There was no designated month where teachers assigned students different Asian American leaders to research and give presentations on to the rest of the class. The only information I was given about Asians were those in other countries while learning about various wars that were fought overseas.

And this is why the concept of heritage carries with it so much significance. Asian Pacific Americans do not have history books to tell us what it means to be Asian American. We look to the generations who have come before us, and our community, to enlighten us about the Asian Pacific American experience.

So–What is it that we have inherited? We have inherited cultural celebrations, dances, music, language, stories—all of which we celebrate here tonight.

Unfortunately, our inheritance has also been rife with stereotypes, fear, bigotry, and unfair expectations.

Relationships with our fellow Americans have been defined by our country’s relationship with the global world.

Our nationality and sense of belonging in America is constantly relative to the needs of the government and dominant culture.

In a frighteningly small amount of time, our community can transform from the Fu Manchus and dragon ladies out to take over the world, to the Model Minority who pulled themselves up by their bootstraps and serve as a lesson to other struggling marginalized groups who dare to speak out about injustice, to the perpetual foreigners being accused of spying for China despite years of devotion to America.

During Asian Pacific American heritage month, we have a responsibility to maintain the balance between observing the unique and exciting parts of our culture, but also remembering and honoring those who came before us, learning from their struggles and renewing the fight against the injustice that continues to plague our world. In order to achieve both of these goals, we MUST MUST MUST speak out.

A huge part of our heritage has been that we are invisible and silent. This is a heritage that extends way beyond the month of May. The anniversary of the death of Vincent Chin, a Chinese American whose murderers were acquitted without serving a day in prison, is only a month away.

Which leads us back to tonight. The Asian Cultural Exchange hopes that we have provided you with a little of everything.

We take great pride in the talent that has been showcased this evening, but even more important than the elaborate choreography, costumes, and music, is the community which we have built tonight and throughout the year.

A community, not of only Asians and Asian Americans, but of people who believe in social justice, the appreciation, not just acceptance, of differences and other cultures, and the freedom for every voice to be heard.

“I am here to speak. Say the words. Her nearness has delivered me to this moment, an ever-lengthening moment between her breaths, that I might finally speak the words turning inward, for the first time, in my own beginning and lonely language: Do not be afraid. It is all right, so do not be afraid. You are not really alone. You may die, but you will have been heard. Keep speaking — it is real. You have a voice.” (Chang-rae Lee, The Faintest Echo of our Language) 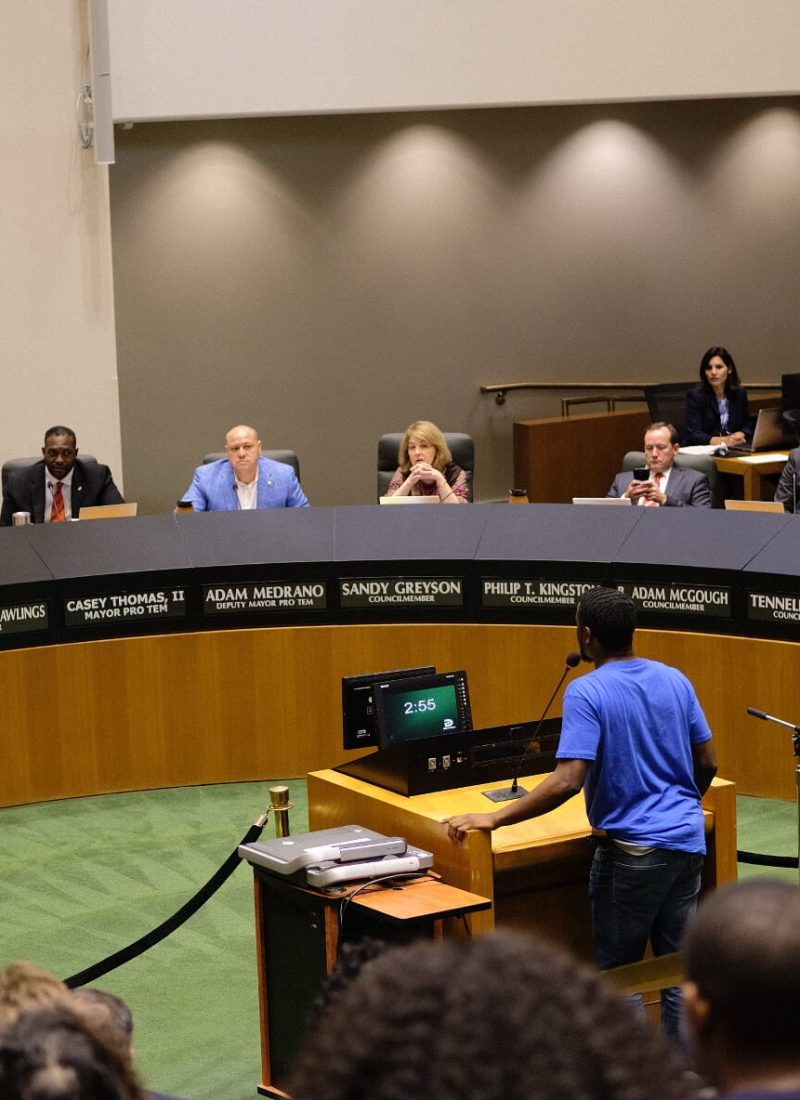 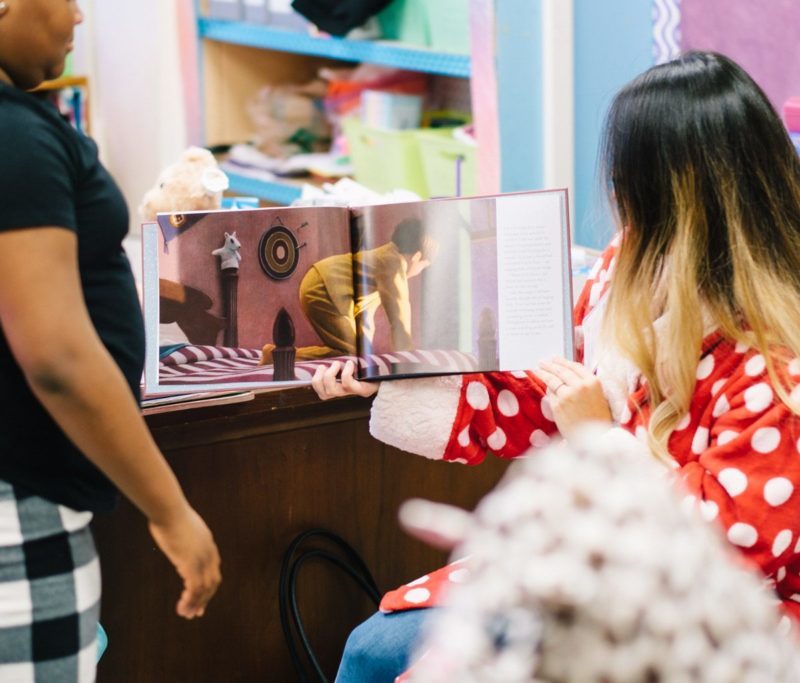 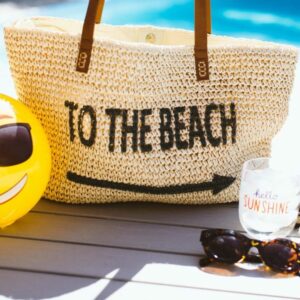