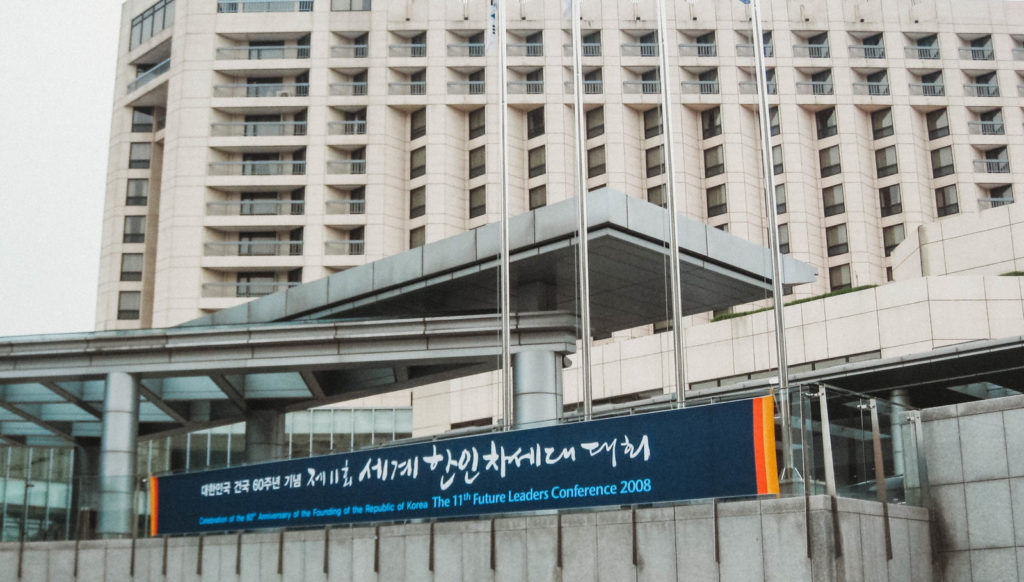 Footage from North Korea’s “Day of the Sun” celebrations chills me to the bone for many reasons. The political turmoil of Korea has always been part of my history as a Korean, but on most days, thoughts about my adoption are fleeting. Over the course of three decades, I’ve learned to compartmentalize, in order to function. My foreign motherland is a distant memory and far from view.

But ever since the election, thoughts and commentary about Korea (South, North, allies) are nearly inescapable. Watching today’s news broadcast as North Korea displays its military might during a Pyongyang parade, I’m reminded of one specific violent incident in North Korea that changed the course of my life forever.

On July 31st, 2008, I almost went to Kaesong, North Korea. I was, at the time, a “Distinguished Participant” in the 11th Overseas Korean Foundation Future Leaders’ Conference. The purpose of the conference was to recognize young overseas Korean leaders excelling in various professional fields around the globe and to set the foundation for inter-Korean relations and networking.

Recently graduated from college, I was the youngest (and least qualified) participant. Annabel Park, with whom I’d been working to support House Resolution 121, vouched for me to go. She also led a fundraising effort to pay for my airfare.

The Overseas Korean Foundation is an organization under Ministry of Foreign Affairs. The foundation’s director is appointed by the sitting president upon nomination by foreign affairs minister. Needless to say, the OKF conference itinerary was not your typical week of hotel workshops. 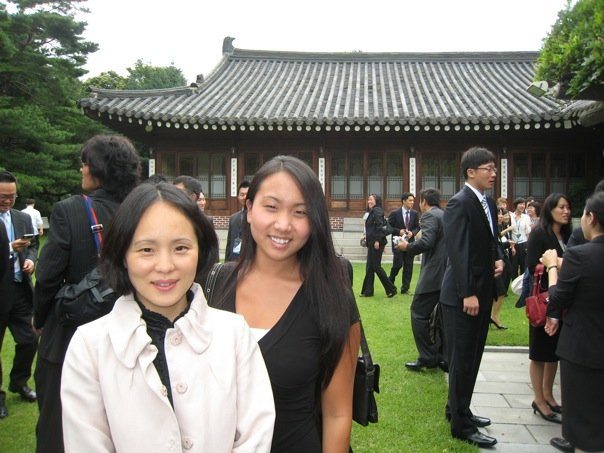 We visited the Blue House, met with the Speaker of National Assembly in the Prime Minister’s office, had dinner with a Congressman, and were even granted special permission spend a day in Kaesong, North Korea. As a conference participant, I had to send extensive documentation and a “face photo” for North Korea’s approval.

One week before the conference, we received an email alerting us to a… schedule change.

Due to highly sensitive and complicated current relations between the North and South Koreas, we will no longer have a trip to Kaesong as part of our program.

As many of you probably have noticed from the recent news, there was a deadly shooting of a South Korean tourist in the Diamond Mountain in North Korea, one of the very few places in the North in which South Koreans are allowed to visit on a tour program. It turns out that the victim, mid age female tourist, entered a restricted area during the program and when North Korean soldier signaled a warning to stop, she attempted to flee, and were shot twice as a result, which led to death. Since the shooting, there has been high tension between the two countries and South Korea is considering halting its remaining tour program to North Korea, and Kaesong could be one of them. In fact, there’s another recent report that a worker in Kaesong had a fatal accident.

Technically, a one-day trip to Kaesong is still open and ongoing. However, after thorough discussion and considerations, we concluded that your safety is priority and without full assurance of safety measures in North Korea, it would be wise not to take risk at the current moment.

We ask for your understanding on our decision. To many of you, this could be disappointing but taking into account many sensitive elements, the decision was inevitable.

Replacing Kaesong will be a trip to Unification Observatory center in South Korea, from where North Korea is seen, and then followed by watching an acclaimed play in Seoul.

If you’ve made it this far in my story, you may be questioning the title of this post (clickbait?) and wondering how an almost-visit to North Korea really changed my life. Bear with me for a few moments more.

After OKF changed our schedule, I decided to contact my adoption agency in Seoul. Given the limited free time during the conference, I didn’t think I would have a free window to tour Eastern Social Welfare Society. When the Kaesong trip was canceled, I realized I could sneak away for the afternoon. 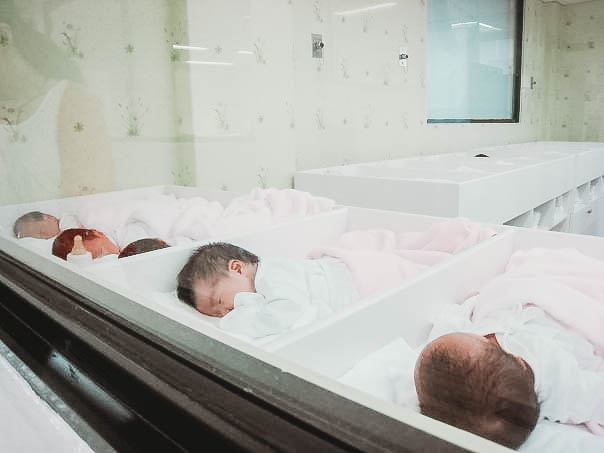 That fateful visit to ESWS, which I documented shortly thereafter on YouTube, was when I first discovered that I had two biological sisters and decided to begin a search for my birth family. Five years later, I found them and made another pilgrimage to South Korea for our reunion.

I find myself thinking about North Korea in a series of what if’s. What if I had spent the day in Kaesong instead of at the adoption agency? I would never have known about my sisters’ existence.

Learning about them convinced me to give the agency a green light in starting the search. I might never have met them, loved them… been introduced to my younger biological brother or spent an a morning in Andong at the house of my biological grandmother. I feel a twisted sense of gratitude for an atrocious act of North Korean violence that indirectly helped me find my biological family. 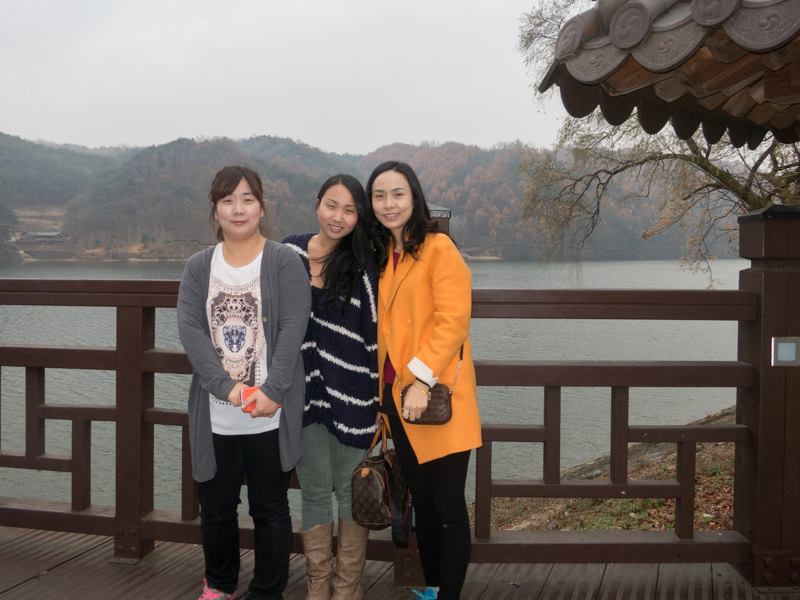 When North Korea threatens to be “merciless” if provoked by the United States, I don’t fear for our safety here alone. I worry about the fate of South Korea and what terror they will incur as our allies and an easier target for Kim Jong Un’s spiteful wrath. I wonder if the same North Korea that helped me find my birth family might also be the reason I never see them again.

North Korea is looking for trouble. If China decides to help, that would be great. If not, we will solve the problem without them! U.S.A.

I hope while Trump tweets that “North Korea is looking for trouble,” he also considers those people who are not, but could be destroyed in the wake of all this. 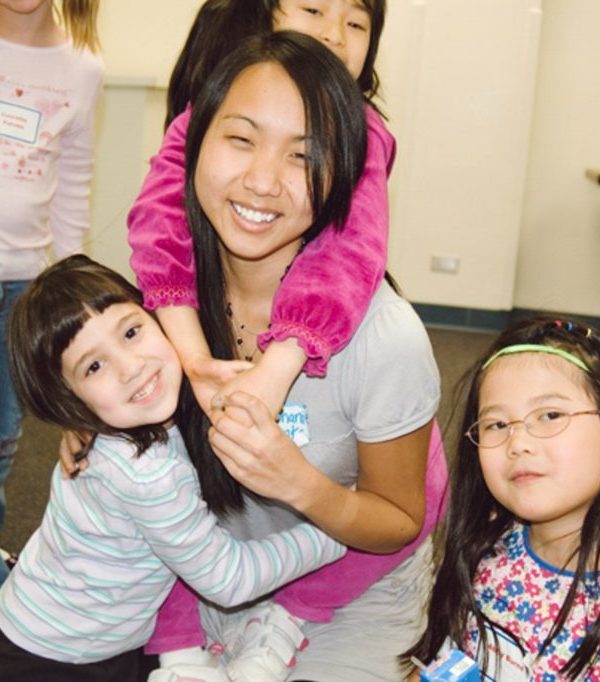 The Truth About Adoption: An Adoptee’s Perspective 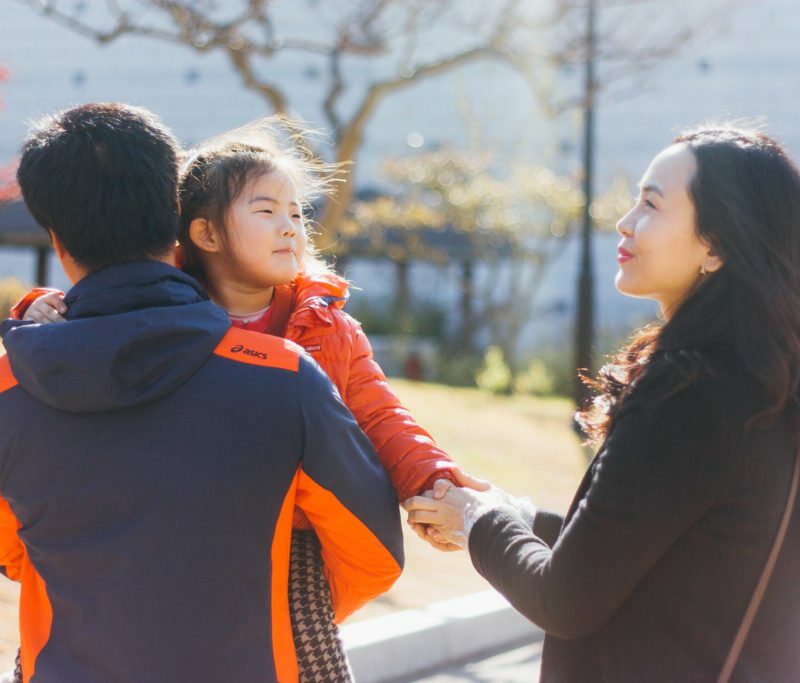 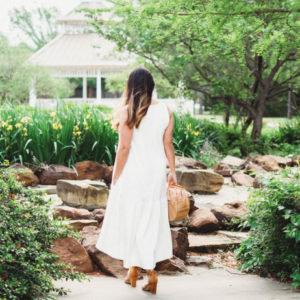